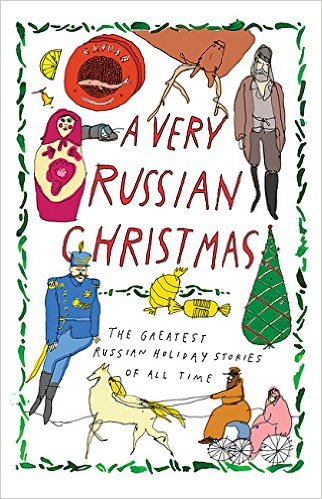 The following is a story by Mikhail Zoshchenko, from the anthology A Very Russian Christmas: The Greatest Russian Holiday Stories of All Time. Zoshchenko was one of the great Soviet satirists of the first half of the twentieth century. His collections of satirical short stories sold in the tens of millions in the USSR. After World War II, his work was repressed by the Soviet government.

(In the Soviet Union, it was forbidden to celebrate Christmas. In order to keep the much beloved custom of the Christmas tree—and oneself—alive, the New Year’s Tree was born.)

I guess the first three years of life I didn’t really know what a New Year’s Tree was. I guess Mama took me by the hand. And I guess, with my little black eyes I looked with disinterest at the decorated tree.

But, children, when the age of five struck, I could understood perfectly what a New Year’s Tree was. And I couldn’t wait for this joyous holiday to come around.

My big sister was seven at the time. And she was an exceptionally bright little girl. She said to me one day, “Minka, Mama’s in the kitchen. Let’s go into the room where the tree is and take a look at what’s going on there.”

And so my sister, Lyolya, and I went into the room. And what did we see: a very beautiful New Year’s Tree. And underneath the tree were presents. And beads, bunting, lanterns, acorns, pastilles, and Crimean apples.

My sister, Lyolya, said, “We won’t peek at the presents. Instead, better yet let’s each eat one little pastille.” And so she walked up to the tree and in an instant she gulped down a pastille that was hanging on a string.

I said, “Lyolya, if you ate a pastille, then I want to eat something.” And I walked right up to the New Year’s Tree and took a nibble from an apple.

Lyolya said, “Minka, if you took a nibble from the apple, then I’m going to eat a second pastille and in addition, i’ll take this piece of candy for myself.”

Now, Lyolya was tall, a very long-limbed, gawky girl. And she could reach up high. She stood on her tippy toes and with her big mouth began to eat a second pastille. And I was surprisingly short. I could barely reach anything, except for the one apple which hung low.

“Lyolisha, if you ate a second pastille, then i’ll take another bite from the apple.” And I took the apple in my hands one more time and nibbled.

Lyolya said, “If you took another bite from the apple, then I won’t stand on ceremony anymore and I’m going to eat a third pastille and in addition I’m going to take this bonbon cracker as a souvenir.” I almost screamed. Because she could reach everything, and I couldn’t.

I said to her, “Well, Lyolisha, I’ll bring a chair up to the tree and i’ll grab something for myself, something besides an apple.”

And so with my skinny little arms I began to drag a chair over to the tree. But the chair fell on me. I wanted to pick it up. But it fell again. And right on the presents.

Just then we heard Mama’s footsteps and Lyolya and I ran into the other room.

I wanted to scream but at that moment guests arrived. A bunch of kids with their parents. Our mom lit all the candles on the tree, opened the door and said:

And all the kids walked into the room where the New Year’s Tree was standing.

Our mama said, “And now let every child come to me, and I will give each one a toy and a treat.”

And so the kids started going up to our mom. And she gave each one a toy. Then she took an apple, a pastille, and a candy from the tree and gave those to the children, too. And all the kids were very happy. Then Mama grabbed the apple i’d taken a bite out of and she said, “Lyolya and Minka, come here right now. Which one of you took a nibble from the apple?”

I grabbed Lyolya by her little braid and said, “Lyolya showed me the ropes.”

And she took the steamboat and gave it to a four-year-old boy. And that boy began playing with it in an instant. And I got angry at the little boy and hit him in the arm with the toy. And he began to howl so awfully that his own mother took him by the hand and said, “From this day on I will not make another visit here with my boy.”

And I said, “You can leave and i’ll keep the steamboat.”

And the other mother was surprised at my words and said: “Your son, no doubt, will be a brigand.” And then my mother took me by the hand and said to that mother:

“Don’t dare speak about my son that way. you better leave now with your golden boy and never, ever return to our home.” And that other mother said:

“I’ll do just that. Here, one arrives a guest and leaves distressed.” And then another, a third mother, said:“I’m going as well. my little girl doesn’t deserve to be given a puppet with a chipped arm.

And my sister Lyolya shouted, “You can go too, with your golden girl! And I’ll keep the puppet with the broken arm.”And then I, sitting on my mother’s lap, shouted, “And anyway everybody can leave, and we’ll keep all the toys.” And all the guests began leaving. And our mother was surprised that we were left alone. But suddenly our papa came into the room.

He said, “Such an upbringing will ruin my children. I don’t want them to fight, argue with, or kick out our guests. They’ll have a difficult time in this world, and they’ll die alone.” And Papa walked up to the New Year’s Tree and snuffed out all the lights. And then he said:

“Get in bed this instant. Tomorrow I’ll give the presents to the guests.”

And so, my friends, thirty-five years have gone by since then and I still remember that tree, even now. And for the past thirty-five years, children, I’ve never once eaten somebody else’s apple and never hit somebody who was weaker than me. And the doctors tell me that’s why I’m happy and good-hearted, relatively speaking. 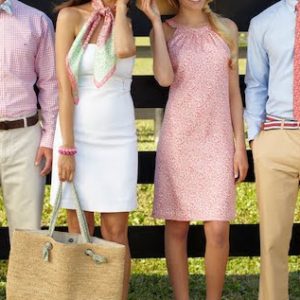 What Really Goes on With Those New York Review of Books Personals THE NEW YORK REVIEW OF LOVE A Short Story Unequivocally adorable, aesthetically attuned, lifelong student of the arts,...
© LitHub
Back to top