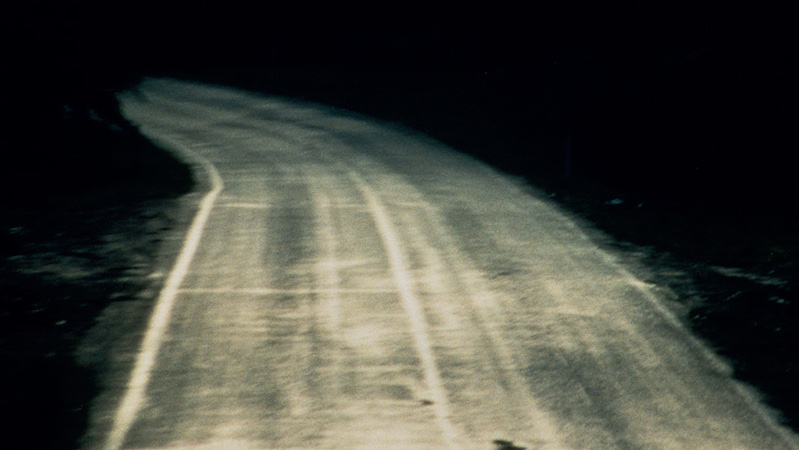 Via Melbourne City of Lit

It’s tough to ignore the strangeness of our world today. This was top of my mind as I began writing this tribute to Peter Temple, paying homage to his novel Truth, a literary artifact that is a model to benchmark against, even as I increasingly write black speculative fiction.

On the surface it might seem difficult to draw similarities between the oft rigid elements of conflict, suspense, red herrings and high stakes of real-world crime fiction with the more fluid cosmic conceits of surreal or speculative fiction, the magical suspension of time and place in kaleidoscopic universes. But my work intersects with Temple’s in its literariness, the lushness and audacity in his textured and poetic text, albeit in crime fiction.

My interspersions are not a distraction from Temple’s compulsive genius, but an accolade that his work is pertinent even now, over a decade later, more than ever.

A voice in monotone…

will tell you about spikes in elective surgery to resuscitate dying professions, where to find the best portions of idiocy in elected officials, when to cancel your sanity insurance, how to hack what’s behind the precipitous number of infections, what’s best as a guide for panic buying. That is when you find the scrawl of a note to self, scratched on a wall: Notwithstanding the bloodshed, a crossover novel will take you to supreme calm.

Distinct interest in a cameo

She slips off her sarong, opens her palate to the seduction of his eccentricity. She’s pleased with his bending, his crossing incognito. Who pours poems on blood-spattered floors? Sonnets lie in a black pond smelling of copper right here in the suburb of Altona, behind the city of Melbourne’s West Gate Bridge. Their chests are heaving, pining for life in the shadowed belly of the clammy wet. The air conditioning’s fucked. She serves him over ice, garnishes him with lime wedges. He’s the aphrodisiac that perks her whole, retreats her body. He’s the story that rekindles her soul. His text today is disguised as a long-beaked echidna.

There’s no allegory to the genetic anomaly that deems it imperiled. But what she sees is superiority, none of nature’s flaws that prompt uncanny deaths in hundreds of elephants, that beget new lockdown laws. What she sees are machines. Tools, toilets and black dogs tumbling down the sky. He’s about family. He’s about the city. Melbourne—isn’t she a beauty at nightfall? He’s about carnage, adoration, manslaughter, decency. Treachery. Florescence. She admires him full-length in the glass, not a tall-tapered flute. Even as she licks her lips, throbs with his prologue, she knows he’ll slit her throat but she’ll live to denouement.

Grey crusted sludge of the Yarra riverbank. Broken bodies careless as twigs in their posing. She takes one more sip of his hybridity, hums with his tension—it’s a good synergy. He pulls out a chef’s knife of stainless steel, a 20 cm pointy tip, not the 18 cm Oriental. He’ll call a cab as she cries to the devil. This is his truth.

If you step off toilet paper…

and into a hosting arrangement, you must make sure there’s enough data and no fake walls stuck under your feet. It’s no small disaster. Try opening the advice box on top of the chiffonier—it will dispatch an approval workflow for new poems into a cautious world, epics daily columned on bleak futures. Who owns this? Apparently it’s complicated.

Ace is not an Uber you step into, step out of to recover from a weekend of decadence on your way to a shit office. Ice is not a retreat from a pandemic, even Wall Street is not immune. Heat is yesterday when you didn’t think welfare payment was a thing. Fragile is a rare look at a radical author whose text hums, taut in its dialogue. Solid is the secret you unlock of corruption and grief, an ashy-haired novelist, face all seasoned, cloaking the collapse of a marriage with unseasonable weather. Observing as a poet a fire menace that coughs its flames to leave the world burning, burning. Touches everyone this shit.

Sending love to anybody

You say, What are you cooking?

You say, Across this country?

He says, People feeding us bullshit.

You say, In the wake of mass protest about race, destitution and infection?

He says, Total loss of vision on this scale, new to us.

You say, Your handshake is perfect, firm, gentle.

You say, Perhaps a drink together sometime?

He says, Nice to meet you. I have to go attend bodies.

It’s a process of plaque that can lead to gingivitis. From symptoms to diagnosis: what’s a good equation for the arcane? A lipstick-stained toothbrush focused on a white lie. An optic-white streetlight—removes stains of dark rye toast with wild berry jam from the mouth of a fruit loop. A deep cream cleanser—it has menthol, sodium hydroxide (not hydroxychloroquine), potassium cetyl phosphate, no concentrate, no preservatives. Just a bullshit detector that records faces, makes them bob like balloons falling out of dreams. The task force director is getting exasperated, writhing in the dark. Treble death in the last three days—can the head of homicide solve this? The virus will ‘go away’ says a dumb leader, confident he’s raising Lazarus.

“Certainly passed on that shit-riding talent,” says Inspector Villani. “I bear this cross.”

I was straightaway drawn to Temple’s riveting dialogue, the depth of his characterization, the ambition, adventure and variability of his text that discourages you from bad writing. His work simmers to a place beyond confines of crime where—in segments—the infusion of literary writing is purely poetic:

He thought boxing might give him courage. It didn’t but he loved it from the start—the exercises, the drills. And most of all the sparring, the fighting. In the ring, in the thrall of adrenalin, looking over the fence of your fists into the stone eyes of the other man, a great calm took you.

There was nothing else, a world stopped. Just the two of you, the smell of glove leather, of resin, of the salve, you were in a dance, hypnotized by each other. In the ring, time became elastic, it extended, contracted, extended. You felt alive in a way you never felt otherwise. There was a sense of order, there were rules, there was clear intent, ways and means, there was discipline and power. You felt little pain, your concentration on your opponent was total. He was your universe. He was you and you were him.

Temple seduced me as an invisible mentor who crafted his work in bold writing that spotlit mood, reoriented prose, anticipated me, the reader, until I mislaid questioning and grabbed curiosity.

His sharpness of tone slayed me as I wrote my new novella Ivory’s Story, out with NewCon Press in December 2020. Pierced with the unflinching probing into the heart of his characters, the lance of Inspector Villani’s dialogue, I sculpted the persona of a Sydney-based black detective inspector, Ivory Storm, as in her first meeting with colleague, Senior Constable Nick Hogan:

The first time she met him at a beat, they were not in uniform. It was some drug bust that didn’t happen. Pugley had made a few calls, ordered her on the streets in casuals and she found herself lumped, no introductions, with a man wearing powder blue eyes and very white, very wispy hair. He came out of a café with a takeaway cup.

The day was a sizzler, mirages in your eyes everywhere. Bahati called it the mean path of summer, solar radiation on the ground surface every which way. The buildings were sweating, aircons groaning. Glossed windows in high oblong towers blinked at the white sun.

Ivory looked the plain clothes up and down as he approached. ‘Know what incognito means?’

She pointed at him. “Not this. You from Melbourne?”

“Two things: What sort of dickhead wears a tie in summer?”

“Who drinks coffee after midday?”

“Trying to drag a free coffee out of me? I can buy you one.”

He chucked the Styrofoam cup in a bin and stretched his hand. “Hey, Whitey. My name’s Nick”’ He had an honest grip, just right: he was not a nutcracker, or a wuss. “What’s the story?”

In Temple’s Truth, you stagger, you tear down the street with Villani, travel his hero’s journey, transform with him to resolve grisly crime while coming to grips with his splintered marriage, atypical connections with his father, his brothers …

Temple looks beyond the main protagonists; he takes distinct interest in secondary characters, even cameos. Like the dead girl-woman who looked like his daughter Lizzie, her skin the grey of the earliest dawn, the shallow bowl between her hipbones and her pubic hair holding droplets like a desert plant. Like the man at the café, too old for his tipped, gelled hair, silver nostril stud. Like the woman named Charis who stepped out of an Audi, tall, dark hair pulled back. Like the “early Monday commuter traffic, all slit-eyed men, close shaven, dreaming of Friday afternoon so far.”

His characterization prompts you to quickly grasp who is ace, ice, heat, fragile, solid.

Temple writes “different,” disorients the reader with “multiple plots and elliptical exchanges,” according to the Miles Franklin panel. But the panel also savored Temple’s narrative embedded in rich voice and snappy dialogue, a work “written with all the ambiguity and moral sophistication of the most memorable literature”—all elements that make the work literary.

Temple cares about how the text communicates itself to the reader. He offers imagery, elision, metaphor, oppositions, playfulness. Temple created Truth artistically. He offered quality of form in a radical work that was fresh in its crossing genre between the crime novel and the literary novel.

The reviews of Temple’s Truth express the readers’ enthrallment and confirm him as a master of his craft:

“In the case of Peter Temple’s Truth, the divide was so comprehensively crossed that we did not think much about the conventions of crime fiction except to note that Temple was able to observe them rather as a poet observes the 14-line convention of the sonnet or a musician the sonata form: as a useful disciplinary structure from which to expand, bend or depart.” –Morag Fraser, Judge of the 2010 Miles Franklin Literary Award, Guardian.

“. . .consistently arresting . . . tautly constructed and compulsively paced . . . His dialogue is entirely distinctive, full of mangled poetry and beautiful solecisms of ordinary speech. His images can catch in the mind like things glimpsed under lightning.” –Edmund Gordon, Observer.

The novel is taut. The sharpness of dialogue knifes it forward. Crime scenes are fully macabre—Temple is a distinguished writer, not for the faint-hearted.

Eugen Bacon is African Australian, a computer scientist mentally re-engineered into creative writing. Her work has won, been shortlisted, longlisted or commended in national and international awards, including the Bridport Prize, Copyright Agency Prize, Ron Hubbard's Writers of the Future Award, Australian Shadows Awards and Nommo Award for Speculative Fiction by Africans. Her creative work has appeared in literary and speculative fiction publications worldwide. Connect with Eugen on Twitter: @EugenBacon 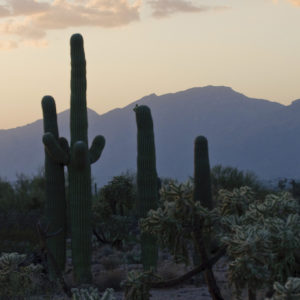