“How did you go bankrupt?” Bill asked.

I’ve been thinking about that famous snippet of Hemingway dialogue recently, not as it applies to finances but rather as it applies to life in a free society. I am, admittedly, partial to The Sun Also Rises, from which that exchange is taken; the novel is one of the great portraits of expatriate life, and I have lived much of my life as an expatriate, immersed in societies that are not my own.

This includes a three-year stint in Istanbul where, last week, the Turkish parliament, led by President Recep Tayyip Erdoğan, passed a sweeping series of measures targeting social media companies. This new legislation requires any social media company with one million subscribers or more to have physical offices in Turkey. Those companies could also face fines in excess of $700,000 if they fail to take down content deemed offensive by the authorities. Currently, the Turkish government controls in excess of 90 percent of traditional media outlets, so this restriction on social media effectively shuts the door on the last independent source of information available for Turkish citizens. It’s both a remarkable and inevitable turn of events.

Seven years ago, when I first started covering Turkish politics, it was in the aftermath of the Gezi Park protests, the largest mass demonstrations Turkey had undergone in a generation. Erdoğan, who western Europe and the United States had once viewed as a sympathetic and democratically minded leader, led a startling crackdown on the protestors in response to Gezi Park, to include select social media blackouts. A year later, in 2014, when Erdoğan was ineligible for re-election due to term limits, he enacted a series of political maneuvers to retain power, such as the creation of an executive presidency he could hold for life (a maneuver also employed by Putin). He placed his political opponents in prison and resumed war with the Kurds in the country’s restive southeast.

In 2016, after rewriting the constitution, Erdogan weathered a military-led coup. In its wake, he declared a two-year state of emergency that allowed him a final purge of all opposition voices from both his government and Turkish society. He seized media companies and imprisoned thousands of intellectuals.

This dissolution of a liberal, free Turkish society occurred in plain sight and over only a few years.

This dissolution of a liberal, free Turkish society occurred in plain sight and over only a few years. These latest restrictions on social media are simply an extension of an ongoing unraveling of societal norms. An assault on norms—and on norms of free speech—is hardly a Turkish phenomenon. Much of Turkish society and politics mirrors America’s own, look no further than the Trump Administration’s flirtation with shutting down Chinese-owned social media giant TikTok. Turkey has a rich, pluralistic cultural tradition that often bumps up against demands for assimilation and culturally normative behavior, recent examples being the arrival of millions of Syrian refugees and continued tensions with the Kurds. Constitutionally, Turkey is a secular nation, but a Muslim majority country—in much the same way that the United States is constitutionally secular but majority Christian. Witnessing the degradation of what remained of Turkey’s free society between Gezi Park and the coup shows how quickly any society can devolve in a similar period of time. Say, between 2016 and 2020.

I don’t hold these concerns as a partisan, but rather as a citizen. In 2016 the Republican Senate refused to appoint a replacement for Justice Scalia. This was an egregious departure of norms but equally egregious is current Democratic consideration of eliminating the filibuster if they take control of the Senate in 2020, allowing them to pass legislation with a simple majority vote. In Turkey, Erdoğan refused to accept that the state was larger than any individual, and so he forced the state to conform to his societal vision, rewriting the constitution in service of his executive presidency and subsequent governing agenda. In the United States, our leaders—both of the right and the left—have in the past few years demonstrated an equal belief that their equally partisan governing agendas are more important than the state. This is the erosion of governing norms in the service of all or nothing politics. This is the beginnings of totalitarianism.

The tyrant of our body politic isn’t a person. It’s the tyranny of a radical minority over a moderate majority. In our history, if you look at major pieces of legislation that transformed our society for the better—from the New Deal to the Highway Act to the Civil Rights Act—in every case these reforms were passed with a majority of the minority party supporting that legislation, meaning the minority party didn’t run in the next election on overturning the legislation. Today that is not how we pass legislation. Today both parties fight to win a “super” majority and then cram their legislation through, so that the opposition party invariably runs in the next election on overturning the legislative agenda that came before. We saw this clearly with Obamacare over the past decade. The result in that case was millions of Americans who still don’t know whether they’ll have healthcare from one election to the next.

Of course, we are not there yet in America. If anything, we are in such a perpetual state of violent disagreement it’s hard to imagine ever agreeing on anything. But I see our binary slowly bending toward a singularity. It’s a singularity of intolerance, one that crowds out space for good faith disagreement as an increasingly strident set of demands are placed on citizens who remain captive to the political polarities of American life. These polarities are designed to obscure the real choice we face. It isn’t between left and right. It’s between tolerance and totalitarianism. It’s between freedom and silence. 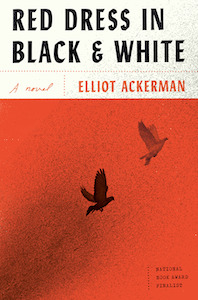 is a National Book Award finalist, author of the novels Waiting for Eden, Dark at the Crossing, and Green on Blue, and of the nonfiction book Places and Names. His work has appeared in Esquire, The New Yorker, The Atlantic, The New York Times Magazine,and The Best American Short Stories, among other publications. He is both a former White House Fellow and a Marine, and he served five tours of duty in Iraq and Afghanistan, where he received the Silver Star, the Bronze Star for Valor, and the Purple Heart. He divides his time between New York City and Washington, D.C. 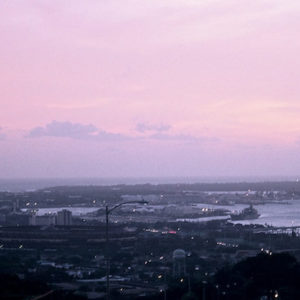 March 13, 2020 It’s the last day of my “Food Writing” class before spring break. Several students are out sick, and those...
© LitHub
Back to top
Loading Comments...