The Moral Arc of N.K. Jemisin’s Universe Bends Toward Apocalypse

Bringing a Radical Sensibility to a Conservative Genre

Fantasy has traditionally been a conservative genre. Tolkien’s The Lord of the Rings and C.S. Lewis’s Narnia provide the blueprint; a just, magical realm is threatened with destruction by dark, corrupting forces, which must be beaten back by chosen hereditary rulers. Harry Potter more or less follows that template, and even Game of Thrones is based around the effort to reestablish a rightful heir, notwithstanding the fact that good and evil are more ambiguous. Science fiction often imagines a transformed world, where things are irrevocably changed. Fantasy, set as it often is in a sort-of middle ages, tends to look backwards, seeking restoration, not change.

N.K. Jemisin’s Broken Earth trilogy—the second book, The Obelisk Gate, comes out next week—deliberately defies that tradition. The first volume, The Fifth Season, opens with the end of the world caused by a shattering, planet-wide earthquake. Such world endings are not unusual in this world; the land is unstable, and over the centuries there have been a series of ruptures, resulting in periodic apocalypse, which humans prepare for and survive as best they can. A central semi-mystical order, the Fulcrum, rules through their control of orogenes: earth-wizards/mutants who can calm or cause quakes. But the Fulcrum’s power is always precarious; civilizations, and the laws governing them, cling as best they can to the world’s crust until Father Earth decides, arbitrarily, to flex his volcanoes.

Jemisin’s focus on instability is tied to her focus on the marginalized. Restoring the king seems like a good tactic for promoting virtue and right, if you happen to be the king. For those with less power, however, the path to the happy ending is a lot less certain and a lot less stable. The Broken Earth series makes that very explicit; the first volume opens not just with the end of the world writ large, but with the end of the main character Essun’s world in particular.

Essun is an orogene—and the orogenes are despised and feared, referred to with the racial epithet “roggas,” which is a deliberate analogue for racial epithets in our own world. Essun has kept her orogene powers secret and married into a small comm (community). But shortly before the giant quake hits, her toddler son accidentally displays his own orogene abilities to his father, who kills the boy in a fit of rage. Domestic violence and apocalypse are tied together; minority women, in Jemisin’s novel, have no guarantee of safety in those traditional institutions that supposedly provide a stable life. On the contrary, Essun faces constant threats of violence, murder, and death, not just at the hands of enemies, but also from those she loves and trusts.

Apocalypse, then, is the normal state of things for Essun, and for orogenes in general. But the apocalypse also brings hope. The Obelisk Gate reveals that the world-destroying earthquake that opens the series was not an accident; it was precipitated by Alabaster, who was Essun’s orogene teacher and polyamorous lover when she was being trained at the Fulcrum. Alabaster is hugely powerful—but like all orogenes, he was also essentially enslaved. The Fulcrum exploited and controlled his power and labor, used him in a breeding program, and mutilated his children. When he and Essun (then using a different name) escaped the Fulcrum’s control, they were hunted down and their son was killed. “I will tear the whole world apart if they ever hurt us again,” Alabaster assures Essun. In response, she thinks, “But we would still be hurt.” They are—but he keeps his promise and destroys the world.

Alabaster’s black skin isn’t stigmatized in his culture in the same way it would be in ours. But for readers, it nonetheless takes on multiple resonances. His enslavement and treatment by society are clear parallels to our history and reality. At the same time, he’s the metaphorical fantasy dark destroyer, serving a similar role as Sauron or Voldemort. He’s both a marginalized victim and the overthrower of all that is good, which raises the question of whether “all that is good” was so great to begin with. In a world with house elves, maybe Voldemort was right to want to tear the whole thing down. Perhaps Sauron was avenging the treatment of those supposedly subhuman orcs all along. And maybe Essun’s powerful eight-year-old daughter, Nassun, is right to want to finish what her father started. “It will be a terrible thing,” Nassun is told as she thinks about ending the world. “It will end the Seasons. It will end every Season. And yet… what you’re feeling right now, you need never feel again. No one will ever suffer again.” There’s a good argument that for Nassun, the death of everything is better than living in the world she inhabits.

The end of the world doesn’t just have to mean death, though. It can also mean change, and potentially, change for the better. Following the quake, Essun creates a community that, provisionally, accepts orogenes as equals, and is even led by them. Prejudice and hatred aren’t banished; Jemisin does not create a utopia in the vein of Chalotte Perkin’s Gillman’s Herland or Wonder Woman’s Paradise Island. Radical, revolutionary change and the deaths of hundreds of thousands of people open a path, not to a perfect world, but to one in which some people, to some extent, are forced to reconsider some forms of injustice. “This is a community,” Essun tells her companions. “You will be unified. You will fight for each other. Or I will rusting kill every last one of you.” Not a perfect basis for a new, better world, but you take what you can get.

Her painful depiction of the necessity and horror of apocalypse has precedent in other works of feminist sci-fi. Octavia Butler’s Lilith’s Brood trilogy finds a semblance of peace, but only following a nuclear holocaust and alien tentacle sex. Marge Piercy’s A Woman on the Edge of Time presents an egalitarian future achieved after a brutal murder and sustained through ongoing war.

But Jemisin’s use of a fantasy setting gives a twist, or a shudder, to these narratives. The end of the world isn’t just future, but past. For many people, much of the time, the world has broken, and will keep breaking; you don’t need to wait for the future to experience apocalypse when the earth is trying to kill you right now. The question isn’t how to restore what once was, but how to live on ground that’s constantly shifting, and how to make a better realm from the broken shards of the last one. 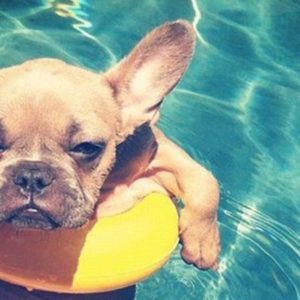 Among the bookish, August has a poor reputation as a month, like December, with few strong releases. Listen, even publishers...
© LitHub
Back to top