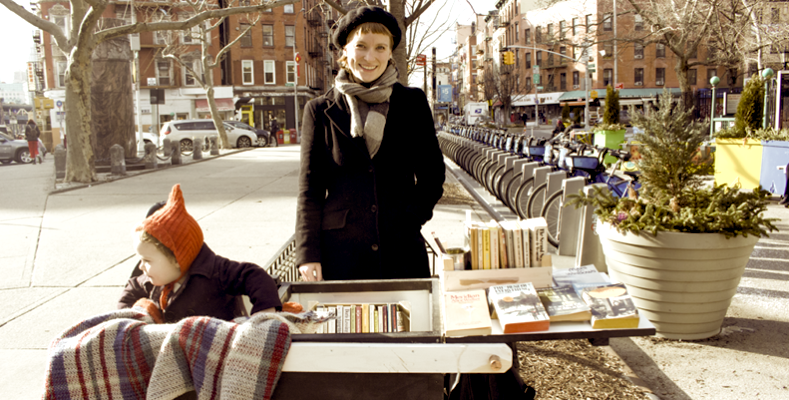 And Its Mission to Share Books By Women With New Readers

Margot’s favorite book on her mom’s cart is Pearl S. Buck’s The Time Is Noon. It’s green, and she’s not-quite-two years old—so a pretty color is enough of a reason to choose a favorite book.

Her mom, Brittany Bond, prefers anything by Doris Lessing. Today she has The Golden Notebook and The Good Terrorist. But she’s not picky; she loves Margaret Drabble and has started reading Joan Didion too.

“I’ve kind of spent my whole life trying to find jobs that I could just sit and read at,” Bond joked with me while she set up her book cart on a recent February afternoon. After she had Margot, Bond, faced with the prospect of expensive childcare, wanted to find a project that she could tackle with her daughter along for the ride.

Bond began posting photographs of rare used book editions and the marginalia she found within books on Instagram several years ago, hunting for used books by female authors in the $1 shelves outside the Strand and in the used section at the Housing Works Bookstore. Then, she reviewed and photographed the books on Instagram, gradually growing an online community of fellow book-lovers, and began to resell the books to her followers.

Bond named the project Common Books, and this January she took it to the streets of New York’s Lower East Side in the form of a little traveling book cart.

Some of her finds were unexpected, like Louisa May Alcott’s romantic thrillers.

The cart, designed and built by Bond’s brother and sister-in-law, includes a special seat for Margot and space for Bond to store her books. She typically sets up shop near the East River or Seward Park and has plans to wander to new areas as the weather gets warmer. Before taking to the streets, Bond learned that individuals do not need a permit to sell materials protected by the First Amendment in New York (in true literary city fashion).

“I think books should be accessible for everyone. You should be able to slide them in your pocket,” Bond said. On the Common Books Instagram, she writes that paperbacks are ideal for New York readers “on trains and buses, in waiting rooms and laundromats, on elevators and park benches.”

Bond focuses her work on paperbacks by female authors to highlight the diversity of women’s writing. “I have noticed that a lot of people, when they see someone reading a book by a female writer that they don’t recognize, they assume it’s fluff or trash,” Bond said. “I want to have a platform where I can share female writers that aren’t as well known.”

She also stocks a collection by well-known authors like Alice Walker, Virginia Woolf, Joan Didion, and L.M. Montgomery. Some of the books have special significance to Bond personally. “This copy of Anne of Green Gables was the copy I had, like I still have it, and it’s held together with tape,” she says, picking up books on her cart. “The copy I had as a kid, my mom got while she was on bedrest when she was pregnant with me, and she read through the whole series while she was pregnant with me.” 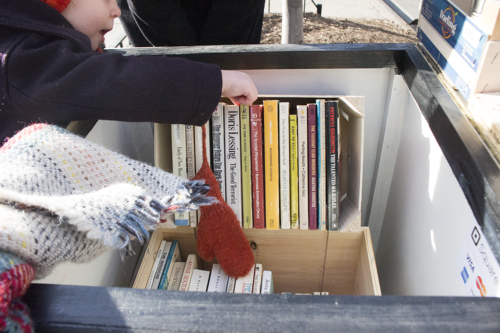 Some of her finds were unexpected, like Louisa May Alcott’s romantic thrillers. “I have been discovering since starting the cart that Louisa May Alcott is more than just Little Women,” Bond said, laughing. “The first book I sold, the first day I took the cart out, was a book by her called The Modern Mephistopheles,” a story about a writer who promises his soul to a stranger in exchange for fame and fortune.

Bond has ventured outside a handful of times on sunny days, when she and Margot can keep warm in their layers of hats and coats for an hour or two. She already has repeat customers, but the online community that she found on Instagram remains dear to her. Online, Bond has sold books to readers as far away as London and exchanged thoughts about the notes left behind in used books with fellow book fans across the US.

In December, Bond posted a photograph of Helene Hanff’s Q’s Legacy to Instagram. Q’s Legacy is a memoir of Hanff’s experience writing 84, Charing Cross Road. In it, she describes mail-ordering books from a store at 84, Charing Cross Road in London, and the friendship she formed with Sir Arthur Quiller-Couch as he recommended books for her to read.

Bond reviewed Q’s Legacy in her Instagram post, mentioning that its plot reminded her of the friendships she had made over Instagram. “This kind of friendship is as old as the postal service,” she wrote.

After Bond sold the book, one of her followers reached out to say that she had been inspired to order a copy of Q’s Legacy too. When the copy arrived, a handwritten note by Helene Hanff herself fell out. She sent a photograph of the book and note to Bond immediately. They were thrilled that their online friendship had connected them to Hanff’s mail-order story.

Bond’s dedication to connecting used books to new readers feels like its own kind of friendship match-making: between the original readers who scribbled notes on the pages of books and new readers who find those notes and their stories years later.

Those books also connect us to the different people we were when we first encountered them, Bond wrote on Instagram, on her experience re-reading Anne of Green Gables. “I was haunted by my dad’s voice when he first read it to a very small me and by the voices of my past selves from each of the dozen plus times I read it since he introduced it to me.”

Cecilia Nowell is a New York-based journalist whose writing focuses on feminism, political art, and Latin America. Her work has been published by Ms. Magazine, Bitch Media, The Establishment, Bust Magazine, and others.

Not All Writers Can Afford Rooms of Their Own 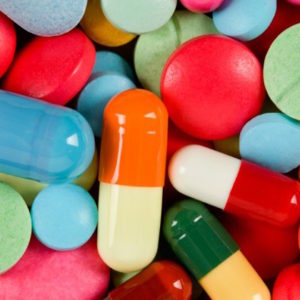 While it would have been completely unthinkable for Mike and Carol Brady to light up a joint or get rip-roaring drunk on screen,...
© LitHub
Back to top
Loading Comments...