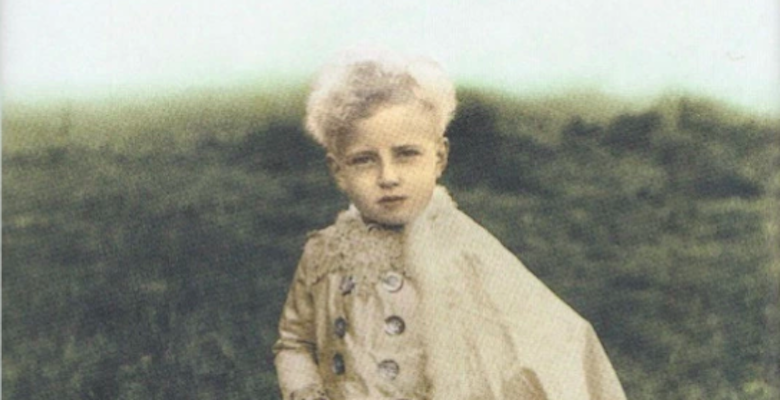 The Masters of Mining Adolescent Experience in Fiction

On W.G. Sebald, Siri Hustvedt, and Writing About Childhood

I don’t know when my belief in child-brand magic came to an end, but I acutely remember those years of rich imagination. One of my favorite movies during my childhood was the 1996 film adaptation of Roald Dahl’s Matilda. In the film, an unwanted, abused, and largely unloved bookworm uses her telekinetic powers to punish the malevolent figures in her life and reward the good ones. While I knew the movie was a work of fantasy, that the child actor who played Matilda wasn’t actually able to manipulate inanimate objects with her mind, I felt the film depicted an underlying reality that adults—for whatever reason—preferred to ignore. After all, hadn’t I witnessed a soup spoon twitch in anticipation of bending under the heat of my stare? And hadn’t I been able to guess the next words out of a stranger’s mouth seconds before they uttered them? It was my belief that I had already witnessed peripherally magical things, that the world was a magical place operating under a mysteriously un-magical guise, that things could only get more magical if I fully embraced the glittering reality of the world. I had the itching feeling that I was entirely in command of events around me. If only I practiced.

During these years, I was also voracious reader of fantasy. One of my favorite series was the best-selling The Bailey School Kids, co-authored by Debbie Dadey and Marcia T. Jones. In each short book, the same group of school children would hone in on one of their town’s particularly abnormal denizens, sleuthing around to discover if that person—usually an adult—was indeed the sort of mythical creature they thought them to be: vampire, Bigfoot, mermaid, etc. Always interested in the secret interiority of other people’s lives, I never tired of these stories. It seemed perfectly logical for the abnormal to exist within the confines of the mundane.

But I was also extraordinarily shy. I would sometimes break into tears when spoken to by adults simply from the knowledge that I was expected to respond. In front of my schoolmates, I was stricken with anxiety, unable to partake in show-and-tell, though secretly desirous of doing both. To actually share any aspect of myself with the class would have been akin to jumping off a cliff. But I could draw well and write well, and I frequently tried to share my work with family members and the few friends I had. This internal struggle of anxiety and reticence continued well into my teenage years, manifesting further into the sort of adolescent experiences that make good fodder for YA drama, but not-so-great fodder for an actual lived life.

Because those years were poignant, I aim to keep the discomfort of childhood and adolescence in my back pocket when writing fiction from the perspective of a young person and/or someone grappling with childhood trauma. Our childhoods are our foundations, and though I don’t believe they define us, they do inform our adult selves in intriguing ways. I’ve found that the more I give voice to the worries and delights I experienced as a child, the more I’m able to empathize with my younger self and pull from my childhood without making a spectacle of it; this leads to a greater feeling of character authenticity when I write, a much-sought-after sensation when working on the page.

Those worries and delights also affect the way I write the first lines of stories. Generally speaking, I prefer that problems be presented early in a narrative, often in the very first sentence, even in the first handful of words if possible. As a child, I often considered the worst-case scenario before a situation was even fully suggested. Though this worry-filled thought process didn’t usually prevent me from attempting things—I rarely voiced any of these concerns—it caused a good deal of anxiety from the start. So, perhaps it’s no surprise that I enjoy starting stories off with an anxiety-provoking first line. An awkward date, a disturbing discovery in one’s mouth, a missing friend. I’m just as curious about how my readers will work through the dilemmas in my stories as I am in how my characters will, so I want to put both to the task as soon as possible.

“Our childhoods are our foundations, and though I don’t believe they define us, they do inform our adult selves in intriguing ways.”

As jarring as my first lines can be, my endings can be as well, but for different reasons. Around the age of 13, I began having a recurring nightmare that hasn’t entirely stopped. In this dream, I’ve inadvertently neglected pets I forgot I had, only to realize my fatal error weeks or months down the line, when the animals are either dead or so malnourished that they’re beyond help. In this nightmare, the highest point of tension is in the discovery. Afterwards, there is no answer to the story’s conflict, no real denouement save for grim acceptance, no tidy endings to give anyone a comforting sense of resolve. When I write, I tend to craft finales in this same, perhaps semi-ungracious way. Endings that are less cliffhanger and more complication. That awkward date ends with a questioning not of the other person, but of the self; the disturbing discovery in the mouth turns out to be the least disturbing thing of all; the missing friend is found alive, but dead to the friend who lost her.

Of course, there are numerous authors who do the same, drawing upon childhood for artistic content, some in more overt ways than others. Actually, it’s those who manipulate the subtle strokes of engagement with childhood that I most appreciate in literature. If I hope to write as well as anyone, it’s them. Authors like W.G. Sebald, Ann Beattie, and Siri Hustvedt come to mind. Though they aren’t YA authors by any obvious stretch, they manage to explore the minutia of childhood without dwelling on the obvious, the expected.

In W.G. Sebald’s Austerlitz, for example, readers follow the overflowing, second-hand account of Jacques Austerlitz’s mysterious and sometimes-morose childhood, including Austerlitz’s attempt to grasp the messy magnitude of history and memory following World War II and its irrevocable effects on his situation and the greater world. As a child, Austerlitz has a friend, Gerald, who he spends time with in the latter’s family’s country property. The two young boys experience wonderment in nature, fawning over a multitude of moths seemingly more suited for a fairytale than Earth, eating up the bizarre and magical stories of the natural world, and enjoying the childhood pleasures of first discovery without the binds of self-consciousness. Sebald’s books often work like this: a string of facts braided into fickle memory, meandering chapters, if there are chapters at all, and a multitude of thoughtfully placed black-and-white images between text. He manages to incite these pleasures in readers through a relatively detached narrative, and if Sebald’s life hadn’t ended prematurely at just 57, I have no doubt he would have continued to strike childlike awe in readers as readily as he did his characters.

In Siri Hustvedt’s The Summer Without Men, Mia Fredericksen, a recently jilted spouse, poet, and professor, is ushered back into the world of pubescent girls when she takes on a summer-long poetry-writing workshop. The girls’ propensity for cliques, cruelty, and vulnerability rocket the book’s narrator back to her own childhood. When confronted with the brand of girlhood turmoil that perplexes their parents, Fredericksen proclaims to readers, “I did not smile. I remembered.” Indeed, the narrator of The Summer Without Men not only remembers, but fully empathizes, and it’s this keen ability to emotionally connect with these younger versions of herself that helps her bridge gaps between teacher and student, albeit awkwardly.

Among Ann Beattie’s many works, there are some that conjure up the indelible strangeness of childhood in a manner that is nuanced and beautiful, even when it’s painful. Take, for instance, The Doctor’s House. Told from the adult perspective of three members of a dysfunctional family headed by the abusive doctor, each narrator of this triptych engages with memories of childhood in a way that is simultaneously removed and unforgivably enmeshed. Maybe almost like Matilda, but with magic-less children who perpetuate their traumas well into adulthood. There are no happy endings in Beattie’s story. When daughter Nina and brother Andrew share their adult perspectives on the childhood terror wrought by their father, readers are prompted to see the long-lasting imprint childhood events can have on our adult perceptions of the self. But Beattie goes further, capturing the sensory memories associated with such events, honing in on complicated childhood feelings of shame, abandonment, and fear.

Maybe because adulthood is still unfolding and will always be unfolding until it isn’t, childhood is inherently easier to write about. In the strictest sense, if you’re an adult, that means your childhood is finished. But memory is a strange, multilayered creature. To think that childhood is over is to think that memory and other cyclical processes are over, too, which, of course, they never are until consciousness ceases completely. Along these same lines, there might be some danger in letting childhood serve as the framework for much of one’s art, if that childhood was a difficult one. Dangerous to believe that as adults, we’ve got it figured out, that hindsight really is 20/20. Maybe it’s a foolish error to think any of us are any wiser now than we were at the age of ten.

To me, using childhood as a source of inspiration is akin to painting the same room over and over again—the memories never stop warping and peeling with each additional coat. The painted room gains new layers of shine according to the current perspective, and all the while the room’s dimensions get smaller, the layers of fresh childhood encroaching on the aging artist who insists on holding the paintbrush.

Nicole Rivas is from Los Angeles and the Inland Empire. A Bright and Pleading Dagger is her first chapbook. Her fiction has appeared in Passages North, The Journal, The Adroit Journal, and elsewhere. She teaches writing at Georgia Southern University in Savannah. More information can be found at www.nicolemrivas.com.

What Mysteries and Medicine Have in Common

The Moment When Punk Collided With Poetry 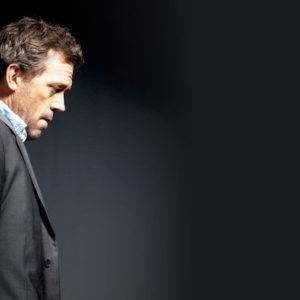 What Mysteries and Medicine Have in Common

How do you decide what is wrong with a patient? In other words, make a diagnosis? Throughout the history of medicine, doctors...
© LitHub
Back to top