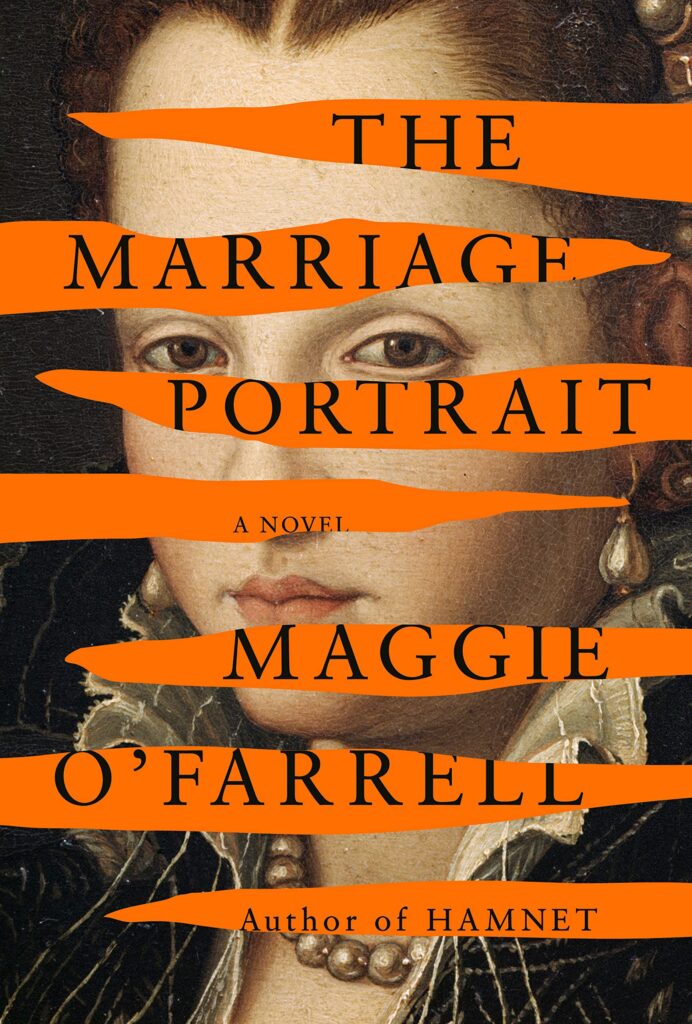 The following from Maggie O'Farrell's The Marriage Portrait, a fictional portrait of the captivating young duchess Lucrezia de’ Medici. O’Farrell was born in Northern Ireland in 1972. Her other novels include Hamnet (winner of the National Book Critics Circle Award), After You’d Gone, The Vanishing Act of Esme Lennox, The Hand That First Held Mine (winner of the Costa Novel Award), and Instructions for a Heatwave. She has also written a memoir, I Am, I Am, I Am: Seventeen Brushes with Death.

A Wild and Lonely Place
Fortezza, near Bondeno, 1561

Lucrezia is taking her seat at the long dining table, which is polished to a watery gleam and spread with dishes, inverted cups, a woven circlet of fir. Her husband is sitting down, not in his customary place at the opposite end but next to her, close enough that she could rest her head on his shoulder, should she wish; he is unfolding his napkin and straightening a knife and moving the candle towards them both when it comes to her with a peculiar clarity, as if some coloured glass has been put in front of her eyes, or perhaps removed from them, that he intends to kill her. She is sixteen years old, not quite a year into her marriage. They have travelled for most of the day, using what little daylight the season offers, leaving Ferrara at dawn and riding out to what he had told her was a hunting lodge, far in the north-west of the province.

But this is no hunting lodge, is what Lucrezia had wanted to say when they reached their destination: a high-walled edifice of dark stone, flanked on one side by dense forest and on the other by a twisting meander of the Po river. She would have liked to turn in her saddle and ask, why have you brought me here?

She said nothing, however, allowing her mare to follow him along the path, through dripping trees, over the arch-backed bridge and into the courtyard of the strange, fortified, star-shaped building, which seemed, even then, to strike her as peculiarly empty of people.

The horses have been led away, she has removed her sodden cloak and hat, and he has watched her do this, standing with his back to the blaze in the grate, and now he is gesturing to the country servants in the hall’s outer shadows to step forward and place food on their plates, to slice the bread, to pour wine into their cups, and she is suddenly recalling the words of her sister-in-law, delivered in a hoarse whisper: You will be blamed.

Lucrezia’s fingers grip the rim of her plate. The certainty that he means her to die is like a presence beside her, as if a dark-feathered bird of prey has alighted on the arm of her chair.

This is the reason for their sudden journey to such a wild and lonely place. He has brought her here, to this stone fortress, to murder her.

Astonishment yanks her up out of her body and she almost laughs; she is hovering by the vaulted ceiling, looking down at herself and him, sitting at the table, putting broth and salted bread into their mouths. She sees the way he leans towards her, resting his fingers on the bare skin of her wrist as he says something; she watches herself nodding at him, swallowing the food, speaking some words about their journey here and the interesting scenery through which they passed, as if nothing at all is amiss between them, as if this is a normal dinner, after which they will retire to bed.

In truth, she thinks, still up by the cold, sweating stone of the hall’s ceiling, the ride here from court was dull, through fields stark and frozen, the sky so heavy it seemed to droop, exhausted, on the tops of bare trees. Her husband had set the pace at a trot, mile after mile of jolting up and down in the saddle, her back aching, her legs rubbed raw by wet stockings. Even inside squirrel-lined gloves, her fingers, clutching the reins, had been rigid with cold, and the horse’s mane was soon cast in ice. Her husband had ridden ahead, with two guards behind. As the city had given way to countryside, Lucrezia had wanted to spur her horse, to press her heels into its flank and feel its hoofs fly over the stones and soil, to move through the flat landscape of the valley at speed, but she knew she must not, that her place was behind or next to him, if invited, never in front, so on and on they trotted.

At the table, facing the man she now suspects will kill her, she wishes she had done it, that she had urged her mare into a gallop. She wishes she had streaked by him, cackling with transgressive glee, her hair and cloak lashing out behind her, hoofs flinging mud. She wishes she had turned the reins towards the distant hills, where she could have lost herself among the rocky folds and peaks, so that he could never find her. He is setting an elbow on either side of his plate, telling her about coming to this lodge—as he persists in calling it—when he was a child, how his father used to bring him hunting here. She is listening to a story about how he was made to release arrow after arrow towards a target on a tree until his fingers bled. She is nodding and making sympathetic murmurs at appropriate moments, but what she really wants to do is look him in the eye and say: I know what you are up to.

Would he be surprised, wrongfooted? Does he think of her as his innocent, unworldly wife, barely out of the nursery? She sees it all. She sees he has laid his scheme so carefully, so assiduously, separating her from others, ensuring that her retinue was left behind in Ferrara, that she is alone, that there are no people from the castello here, just him and her, two guards stationed outside, and a handful of country servants to wait on them.

How will he do it? Part of her would like to ask him this. The knife in a dark corridor? His hands about her throat? A tumble from a horse made to look like an accident? She has no doubt that all of these would fall within his repertoire. It had better be done well, would be her advice to him, because her father is not someone who will take a lenient view of his daughter’s murder.

She sets down her cup; she lifts her chin; she turns her eyes on to her husband, Alfonso, Duke of Ferrara, and wonders what will happen next.

Here are the winners of the 2022 Hugo Awards. 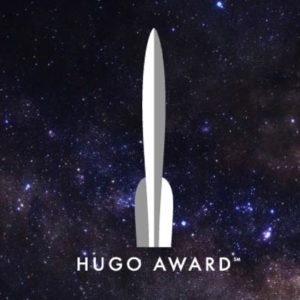