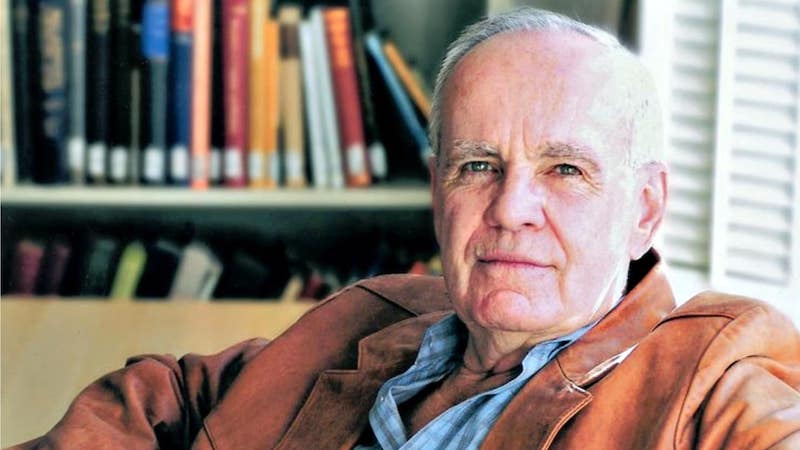 Last week, a Twitter account claiming to be Cormac McCarthy went viral, delighted thousands of readers, was verified by Twitter, was confirmed fake by McCarthy’s publisher and agent, and finally, was suspended. Now, the New York Daily News has revealed the man behind the mischief: Daniel Watts, a free speech lawyer, comedic playwright, Youtuber, and long-shot candidate for California governor.

Watts told the New York Daily News that the McCarthy account was only meant as a comedy writing project, just like Watts’s plays and videos. According to Watts, he never asked Twitter to verify the account (although traditionally users have to ask for verification); they verified the account with no warning. “I think they felt embarrassed for being tricked by something that wasn’t a trick,” said Watts regarding the account’s suspension.

Watts called the McCarthy account “a parody . . . obvious to anyone who knows who McCarthy is.” “People were not tricked,” said Watts. “People were following [the account] because it was funny. If you’re fooled by it, that means you’re a fool.”

Watts is currently running against Gavin Newsom on a platform of free speech on college campuses and free college. His new comedic play Air Turbulence, debuting this month at a theater in Oceanside, is pitched as “a bumpy, hilarious ride in some very turbulent skies!” He’s also cheekily named GovernorWatts on Twitter, despite not being governor. So, assuming identities is kind of his thing.