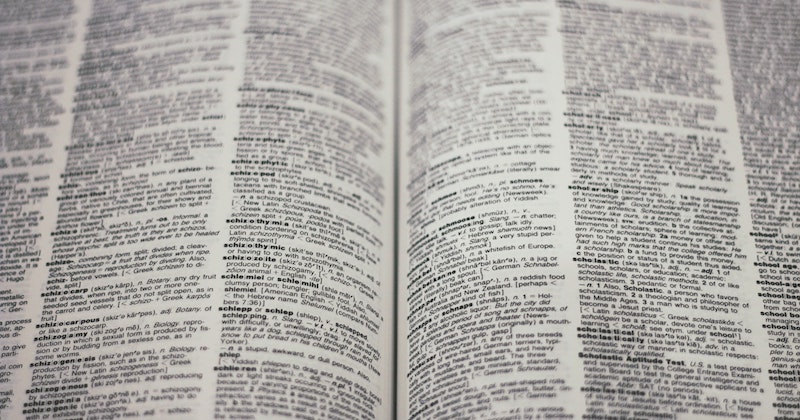 The makers of this French dictionary are under fire for including gender-inclusive language.

It seems as though we aren’t the only country that is divided over inclusive language. Recently, the makers of Petit Robert, a French reference dictionary, were criticized by the Minister of National Education for officially including gender-inclusive pronouns. According to the Guardian, the dictionary’s director noted the rise in the everyday usage of the word “iel” (a combination of the French words for “he” and “she”), hence its addition to the Robert.

The decision to include this pronoun angered traditionalists, who claimed that recognition of the pronoun is the direct result of American-sourced “wokeism.” In a tweet, education minister Jean-Michel Blanquer lambasted Petit Robert’s revision: “Inclusive writing is not the future of the French language . . . Our students, who are consolidating their basic knowledge, cannot have that as a reference.” Blanquer is now calling upon the Académie Française, the principal council for matters relating to the French language, to review.

Apparently, the divide over this pronoun is just one example of France’s heated debates about language. Those opposed to inclusive language and other radical cultural theories embraced by younger generations say that such initiatives do more harm than good, acting as a threat to “French ideals of unity and equality.”

François Jolivet, a politician who belongs to Emmanuel Macron’s centrist party, said, “This type of initiative sullies our language, and ends up dividing its users instead of bringing them together.”

Not everyone thinks Jolivet’s rationale is sound. Robert director Charles Bimbenet noted the practicalities of including the word: “It seemed useful to specify its meaning for people who come across it, whether they want to use it or, on the contrary, reject it. Defining the words at use in the world helps us to better understand it.”

Who knew that one word could incite such fierce condemnation?