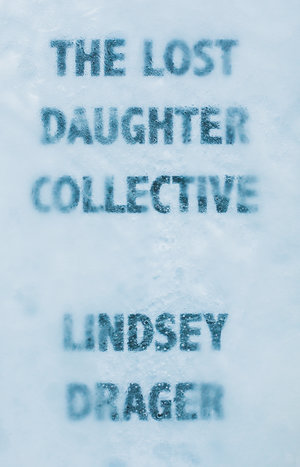 The following is from Lindsey Drager's novel, The Lost Daughter Collective. Drager is the author of The Sorrow Proper, winner of the 2016 John Gardner Fiction Award. Originally from Michigan, she is an Assistant Professor at the College of Charleston, where she teaches in the MFA program in fiction and serves as Associate Fiction Editor of Crazyhorse.

THE BARBER AND HIS ALICE

A daughter seems a simple thing. She bears purpose and potential, like a key or a road.

The Barber’s Alice was drawn to fairy tales, and his favorite to retell dealt with that mysterious waving mass that burgeons from the skull. Women stuck in towers where hair became the rope that led them to their forest deaths; men who gained all power from their locks, who failed to protect these tresses from cunning women.

His daughter wore braids, thick braids that fell down her back and collected in the trench where her spine depressed. She spent her time outside in the fields, collecting—feathers and bones, weeds and rocks. Once she happened upon a pile of shells, the source of a story, since they made their home hundreds of miles from any body of water. She left the field early that evening, spent a full afternoon cleaning them gently with a soft brush. When her father returned, she had organized them in neat rows on her bed and was taking careful notes on each. He stood in the door for a while, watching her place a pencil behind her ear and finger the bumpy skin. Her braids met tidily at the center of her back. Later his wife would tell him their daughter called it inventory, the same way he noted and archived the state of his razor blades.

Because she spent all her time in the fields, her mother insisted they crop her hair in a short bob to help manage the matted mess. But the girl objected. So every night after her bath, her father would braid her curls and bind them with small metal clips.

At the barbershop, he carefully lathered necks, raked the minor rug of fur that coated men’s cheeks and throats. His clients spoke of hard things: numbers, liquor, private wars. When he was done he would spin them slowly around to face the mirror. They would turn their heads slightly to one side, then the next, inspecting the work, while his gaze slid to the perimeter of the looking glass, where a photo of his daughter was snugly tucked.

The morning she went missing, while she was ushered to a dark elsewhere, his shears slipped and he accidentally cut a man’s neck. For an instant, he thought he’d not broken the skin, but then the blood surfaced along the oblong stretch that curved at the top and swung dramatically toward the place where the man’s neck bent. He watched the event absently, failing to apologize until the man raised his palm to the nape and brought his hand to his face to witness the mess of hair grit and blood.

On her bed lay her severed braids. The only thing missing other than her was the canning jar of shells. She was a smart girl, read her fairy tales as cautionary, not mere entertainment. After his shifts, he would roll five cigarettes and light them one after another, walk the ugliest streets of town, head down, hope raised, searching for her dropped shells.

He keeps the braids in his apron at work. This is how he traverses his days, grounded by the two healthy cords of woven hair that live in the deepest cove of his apron.

He removed the photo of his daughter from the corner of his mirror—too many folks knew and looked at it forlornly or didn’t know and asked about her. The photo is retired to the same drawer where he keeps the blades. In his pockets live the braids, and throughout the day he dips his hands in and thumbs the bristles at the cropped end, daring to admire the careful, even cut.

THE WOODSMAN AND HIS DOROTHY

Control, that dark desire, rules the heart of the father and the daughter, for it is the evolved apparatus for combating fear. Of all the species gracing the ground, the quality of character fathers and daughters share most closely is the paralyzing anxiety installed by threatened governance.

For years he practiced the art of control, spent hours in his room entertaining his daughter who did not speak. The source of her silence was a dark mystery that cloaked the home like an opaque blanket covers a sick child. The Woodsman tried in vain to draw a smile from his daughter’s lips and one day did when he whittled a face into a log. By the time he had manufactured a full marionette, the girl smiled daily, watching him work the image of the child out of the wood, watching the wood child released from the confines of the logs. When finally the child was done, body-clothed, face-painted, and string-secure, the girl’s desire to be heard overwhelmed her. Her father handed her the puppet and she began to use its body as a language, to speak through the wooden frame and to her father. In this way, he learned her fears and needs. She loved best watching her father manipulate the strings such that the wooden child looked as though it moved alone. She would watch her father’s show, let herself be seduced by the movement of the wooden child, but soon she let her gaze slide up to the scaffolding: her father’s hands moving the beast’s acts below. His hands worked not unlike a maker of music—fingers dipping, wrists angled and sweeping through the air, her father looking south with eyebrows raised and head tilted. And because fathers get lonely, too, the Woodsman spent time with the wooden child even when his real child wasn’t watching. The Woodsman spent his days learning to move the body with increasing accuracy and agility until watching the wooden child meant also forgetting that there was a meat-and-skin man orchestrating the act. Eventually, he was ashamed to admit there was nothing that could have replaced the wooden being he moved, that the power exercised by the dance of his hands was an art and a science at once, a magic and a math.

He had always been careful to put the puppet away, for he knew the risk of rope; he had lost his father to it. And although that had required intention, he knew that a similar end could be met by mistake. But four years to the day after his wife had succumbed to her sickness, he drank too much of the liquor he’d been keeping in the cellar in the barrel branded with her name.

He shudders to think of the mess he left on the floor; the pile of chord and limb, two faces—one wood and one flesh—cheek to cheek. He shudders because for a fraction of a second he admires the way they are entwined, the way he cannot tell where his offspring ends and his art begins.

He is still concerned with puppetry, but is unable to touch his wooden forms and their adjacent string. Now it is more a matter of silent shape, less with voice and walk. He only performs shows for himself, and does decorative woodwork for the townsfolk: simple and elegant adornments like floral designs to frame their cutting boards, decorative pulls for dresser drawers.

He imagines his failure as a father is his best trait as an artist, for as hard as he looked, he could not find the invisible strings directing his little girl. He wonders what artist manages her strings now.

THE SMITH AND HIS ALICE

A man cares for his wife for a very long time. Then she becomes withchild and he cares for her even more, knowing the empty channel inside of her is full of the rest of his story, the next link in the family chain. In this way, his wife becomes a room in which is locked his minute future.

He lost his wife in childbirth. She the room in which the child developed, then left empty and gone. This is how she was carried elsewhere, a room buried such that another house might be built around the echo of the former home.

This is how the girl that came from her was his and his alone. And because the girl was then his everything, he managed her with great care, learned when to lock her doors and when to keep them open, learned how to break the hinge to get inside.

Now a man with white hair and sagging skin, he has trouble remembering exactly how that day unfolded, though it still ambles through his mind at odd times. He had locked her in, slid the key under the door. No one, he had told her, and she had said back, No one, and these were the last words he heard leave her lips. Some way down the path he had looked back, saw the dark outline of his girl peering out the window.

It is when he cannot find the key that he knows. The door sustained no damage, which meant only one thing: when she said No one, she had lied.

Sometimes he thinks of his girl—her portrait lingers in the fissures of his memory—but through the years she has grown in his mind. She is a woman with children of her own, big-hipped like her mother, strong chin and small hands and gruff voice.

And sometimes he thinks of where that key lives now, because he knows the properties of metal. Is it buried like his wife, earth working on the body like weather? Has it been melted in a furnace, rebuilt as a tiny metal doll? Or does it live on a string that dips between the breasts of his daughter, rusted around the edges from her sweat? He thinks these things when he mends a hinge and swings it to ensure it is quiet, when he rattles a knob to confirm security—he thinks these things when he sees the empty frame of a way without a door.

From THE LOST DAUGHTER COLLECTIVE. Used with permission of Dzanc Books. Copyright © 2017 by Lindsey Drager. 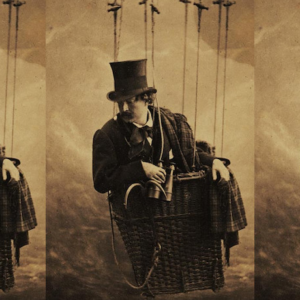 Lit Hub Daily: March 23, 2017 On the power of political change delivered through YA literature. | Literary Hub Victoria Newton Ford on Get Out,...
© LitHub
Back to top