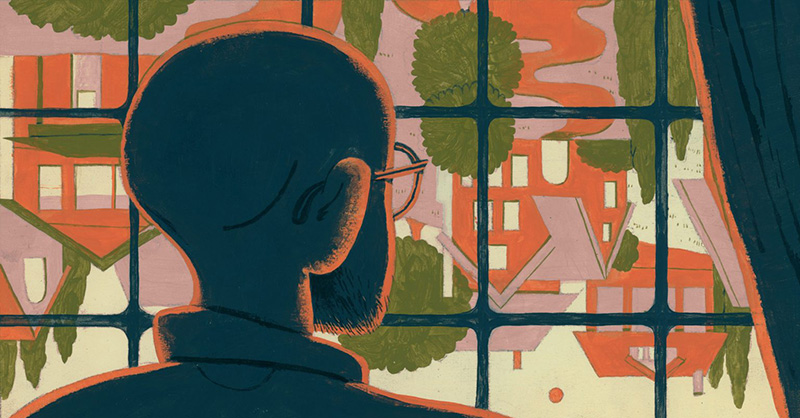 In this episode, Amaud Jamaul Johnson explores the loneliness and fear that arise in the wake of inexplicable tragedy where personal losses highlight histories of suffering and the deep uncertainties of our time.

Our neighbors, Robin and Beth, were murdered. They lived across the street and a few doors down from us. We had been under “Safer at Home” orders in Wisconsin for just two weeks, still cycling through stages of grief over canceled plane tickets, hotel reservations, and sporting events, trying to figure out how to homeschool our kids while also working online. I was obsessed with cable news and staring at my checking account. I think I wanted to believe the pandemic was a hoax, or I was waiting for an “all clear,” the opposite of a tornado siren. I kept telling myself: You’re from Compton. What can this world throw at you that wasn’t already waiting at your doorstep to terrify you as a child? Of course, this was an eternity ago, before two weeks became two months, when researchers were just beginning to question the summer, and there was complete silence about the fall. I was moving through the world in a fog. Every chart predicting the spread of the virus was a kick in the stomach. This was the end of March, early spring, which for the upper Midwest can mean the dead of winter. A jogger found Robin’s and Beth’s bodies in a ditch in the UW Arboretum less than five minutes from their home.

Robin was barefoot. He was still in his underwear. Beth was wearing socks and she was in her nightclothes. They were taken from their home in the middle of the night, marched through the cold early spring air, and shot in the back of their heads. It’s all unspeakable. This ranks pretty high on the list of our worst fears. Someone might say they were shot like dogs, but I can’t imagine an animal being put down like that. Something won’t allow me to picture their final moments. They were regular fixtures on our block, not that they did anything to draw attention to themselves. They had three children. Robin was a youth soccer coach. He was quiet, a little awkward socially, but friendly. Beth was outgoing. She was a runner. She often got out early and was done with her jog before the school day began. Beth was a physician and worked in family medicine. She was energetic and had an infectious smile. Who could have imagined this? I know the truth of living is dying, but the nature of our deaths is kept from us. What we are left with is faith and our fears.

I felt a tightness in my chest. I didn’t want to mention this to my wife, but then she started complaining about a similar feeling. Everyone we talked to in the neighborhood had the same sensation, like it was becoming increasingly difficult to breathe. Shock isn’t the right word to describe our reaction to the murders. I still don’t believe it. This feels like a prank. All of it. It’s as if we’ve slipped into an alternate universe. The hardest part of our quarantine is the waiting, the silence. Thoreau said, “The mass of men lead lives of quiet desperation.” I felt desperate, and this quiet consumed me. I know the best advice is to assume you are ill, that you should see yourself as an asymptomatic carrier. But I wonder if the virus is a symptom, that we’ve actually been ill for decades and are only now struggling to name the cause of this plague. Of course, politicians argue over what’s most profitable: prevention or the cure. We were contemplating the ripple effects of the virus: who might slip into poverty, what it would mean to lose our loved ones and not be able to publicly mourn them. The run on toilet paper and bottled water, on meat and guns, tells you everything you need to know about our national character.

While this response to fear is particular, our anxieties are like small tributaries feeding into something very old and much larger than COVID-19. Maybe you are not religious, aren’t concerned about global warming; maybe you have to google the term “food insecurity,” believe terrorism is the product of people who “hate freedom.” Even within our perfectly manicured bubbles, or the echo chambers of our online communities, it’s hard to not feel vulnerable. Stress is relative and few of us escape this world without our share of concerns. Fear of the apocalypse is a fear of losing control; it’s about powerlessness. While I wouldn’t equate this anxiety with vanity, loss is personal. I’m not sure if people weep for others or if they are afraid that what happens down the street or around the corner will eventually arrive at their front door. People don’t want to be inconvenienced. If the barbershops, beauty shops, and nail salons are closed—the golf courses, our favorite brunch spots, the dive bars, our churches, temples, mosques—how do we define ourselves? Who are we without our routines? How do we shape our days? What becomes our new ritual? Our new identity? Who are we when our choices and opinions are snatched from our hands? This becomes our hour of desperation. What is an apocalypse if not the lack of control, and a limited ability to adapt to a changing world?

Rome is 2,273 years old. People have lived in Damascus for 11,000 years. If history has taught us anything it’s that the world doesn’t end, but our bubbles become unstable and empires fall. Our lives can change in an instant. Perhaps living is trying to cheat death? Perhaps the way we imagine success is tied up in how we imagine our legacies. Our pursuit of property or awards, the impulse to chisel one’s name on the entrance of a building, our attempts to reach back from the grave. We dream of fame or amassing so much wealth that our descendants will become future Anderson Coopers and Julia Louis-Dreyfuses, heirs who want to be defined by their career, not their family name.

One of my favorite Twilight Zone episodes, “Time Enough at Last,” stars Burgess Meredith. Meredith plays Henry Bemis, a bookish and severely farsighted bank teller stuck in a bad marriage. Early in the episode, his wife asks him to read from a collection of modern poetry. This initially appears to be a romantic gesture. He opens the book and discovers she’s blacked out all the words, highlighting her contempt. Reading is more than a guilty pleasure for Bemis. He’s an outlier in an anti-intellectual world, where he’s subjected to constant ridicule. He’s stealing a few moments on his lunch break to read in the only quiet place he can find, the bank vault, and almost as soon as he settles there’s a great explosion. When he emerges, the world he knew is gone; he’s become the lone survivor of an atomic war. Bemis was trapped among the living. Books provided more than an escape from his responsibilities; the aggression and cruelty surrounding him made Bemis appear almost childlike or alien.

Like many Twilight Zone episodes, the genius of “Time Enough at Last” is simple: Be careful what you wish for. Dreams blur into nightmares. On the verge of suicide, Bemis finds the ruins of the public library, and he’s overwhelmed with joy. Finally, he has the time to read undisturbed. He’s organized stacks of books, planning out his months and years. In the final scene, Bemis is distracted, stumbles, and breaks his glasses. His world has become a blur. He literally can’t see past the end of his nose. The scene fades with him repeating: “It isn’t fair. It isn’t fair at all.” The episode closes with Rod Serling’s voice, echoing John Steinbeck and Robert Burns: “The best-laid plans of mice and men…”

I’m not afraid of solitude, but like Bemis, I think Hell is loneliness. And the loneliness I’m referring to here is when we believe we are alone in our suffering, that our pain is unique, and therefore, unjust. Because I’m an introvert, in the earliest stages of the pandemic I had so much energy. I exercised. I slept well. My wife joked that I was like Kirsten Dunst’s character in the 2011 film Melancholia, a person who feels the most at peace when the sky is falling. I was anxious, but I believed I was uniquely equipped to handle self-quarantine. I had my books and pounds of coffee. Of course, this was a form of hubris. It’s easy to turn your back on a crowd when there is a crowd, but it’s difficult to excuse yourself from an empty room.

Amaud Jamaul Johnson is the author of Darktown Follies and Red Summer. A former Wallace Stegner Fellow in Poetry, his honors include a Pushcart Prize, the Hurston/Wright Legacy Award, a MacDowell Colony Fellowship, and the Dorset Prize. His work has appeared in American Poetry Review, Kenyon Review, Narrative Magazine, and Best American Poetry. He teaches at the University of Wisconsin-Madison. His latest book, Imperial Liquor, was published by the Pitt Poetry Series. 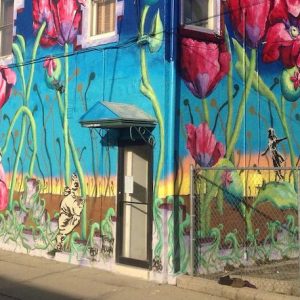 Every year around December you come back to me in dreams, except you’re a man now, tall like your father, dark like your...
© LitHub
Back to top