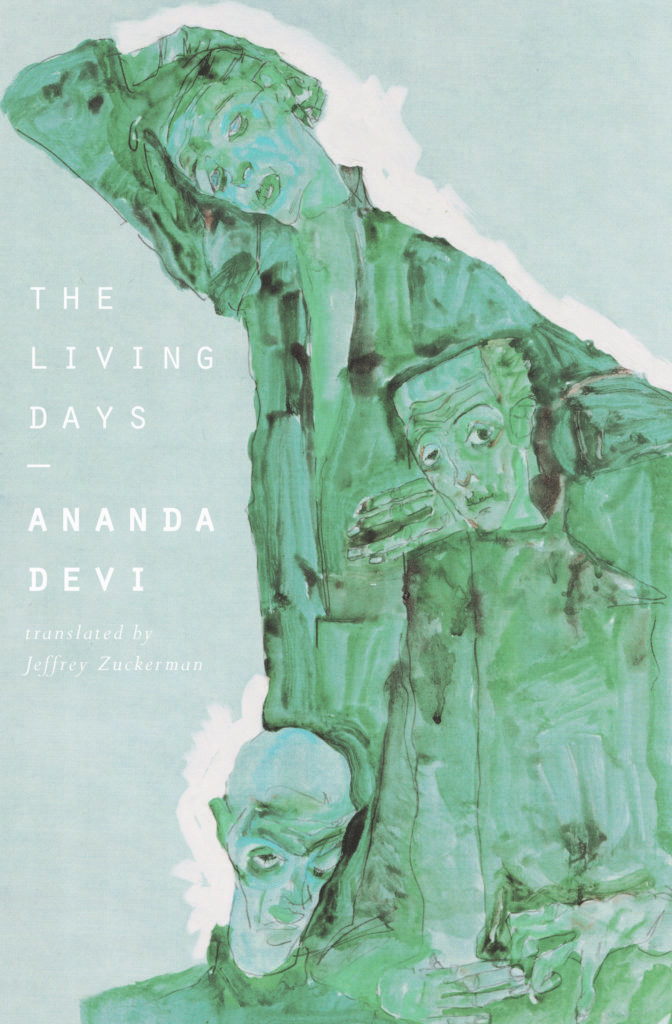 The following is excerpted from Ananda Devi's novel, translated by Jeffrey Zuckerman. Ananda Devi was born in Mauritius in 1957, notable for its confluence of diverse ethnic, cultural, and linguistic identities. She has published twelve novels as well as short stories and poetry, and was featured at the PEN World Voices Festival in New York in 2015. In 2010, Devi was made a Chevalier des Arts et des Lettres by the French government.

When Cub saw Mary walk by, so unseeing that she didn’t even notice him, what struck him was the cold surrounding her. Her eyes were white. She was as faded as an old sheet. She had gone out in slippers and was stumbling on the wet sidewalk.

He followed her. Her white eyes made him think of those dolls his mother had given his sisters when they were little. Dolls missing their eyes, their hair, or some of their limbs, corpse-like remnants of that childlike war that kids wrought against their possessions before giving them away to poorer kids. That was what his mother brought back, not long after splitting from his father, when she had gone mad with fury and grief and had unearthed, who knows where, these gifts that made her children shudder.

Mary was walking like the maimed, unseeing dolls of his nightmares.

To make her happy, his little sisters had to sleep next to these empty holes in the middle of the pink faces that never slept, that watched them in the night and haunted their dreams and told them we’re the cripples and that’s what you’ll be, too, by the time life’s had its way with you. Growing up far too quickly under their mother’s wild eye, they accepted their responsibility to their mother, they knew that any rebuke at all would send her flying to the other side, that she considered those dolls a way of telling them that she could take care of them, that she didn’t need a man or any official papers, that her fear of the police didn’t keep her from caring for her family even if the lightest knock at the door left her shaking like a little dog so that one of the children, standing on a chair to look through the peephole, would have to confirm that it wasn’t the police.

Mary was walking like the maimed, unseeing dolls of his nightmares. He followed her as if he were responsible for her; when she skidded in her slippers a sharp cry escaped her lips. Her hair was as unkempt as straw stalks in the wind. Nobody stopped her, people moved away from her rather than touch her, but they could hear the spongy squeak of her slippers, a delicate sound like porcelain, and they let her stumble toward nothingness.

Her thoughts were still filled by Howard. The flecks of gold in the air around her, that wild sun—like nothing she’d ever seen in November—that the bundled-up passersby seemed not to notice. On the contrary, they watched her, astonished, as she walked without a coat. The way the light was flowing over her hands reminded her that when she was a teenager she had sweetened her tea with honey. She’d taken an overflowing spoonful from the honey pot and let it drip in a long, thin thread into the weak tea. Then her lips had eagerly closed around the rest of the honey still on the spoon, a paste that sealed her mouth shut.

This light is like honey on her lips: it flows and sticks at the same time.

Mary began to laugh. She was talking aimlessly and not a single sound was escaping her lips, she was talking to a space in the air that Cub thought he could maybe make out, she was waving her hands, but he couldn’t tell who she was responding to; the boy furrowed his brows, worried. Should he ignore her? Act like he didn’t know her, like she was just an elderly neighbor who didn’t matter? He still wasn’t sure whether it was chance or something more intentional that had brought him to Portobello Road that day. But in any case there he was. Life, their meetings, the road, his thoughts. Everything disappeared in its own time, at its own speed, but everything disappeared. Mary, too, had entered an intermediary space; soon, he knew, she would no longer be there.

He kept on following her with an inexplicable lump in his throat.

From The Living Days by Ananda Devi. Used with permission of Feminist Press. Copyright © 2019 by Jeffrey Zuckerman. 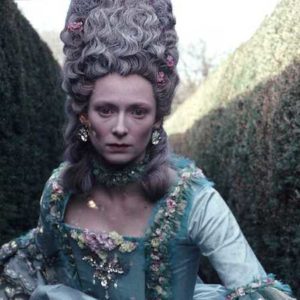