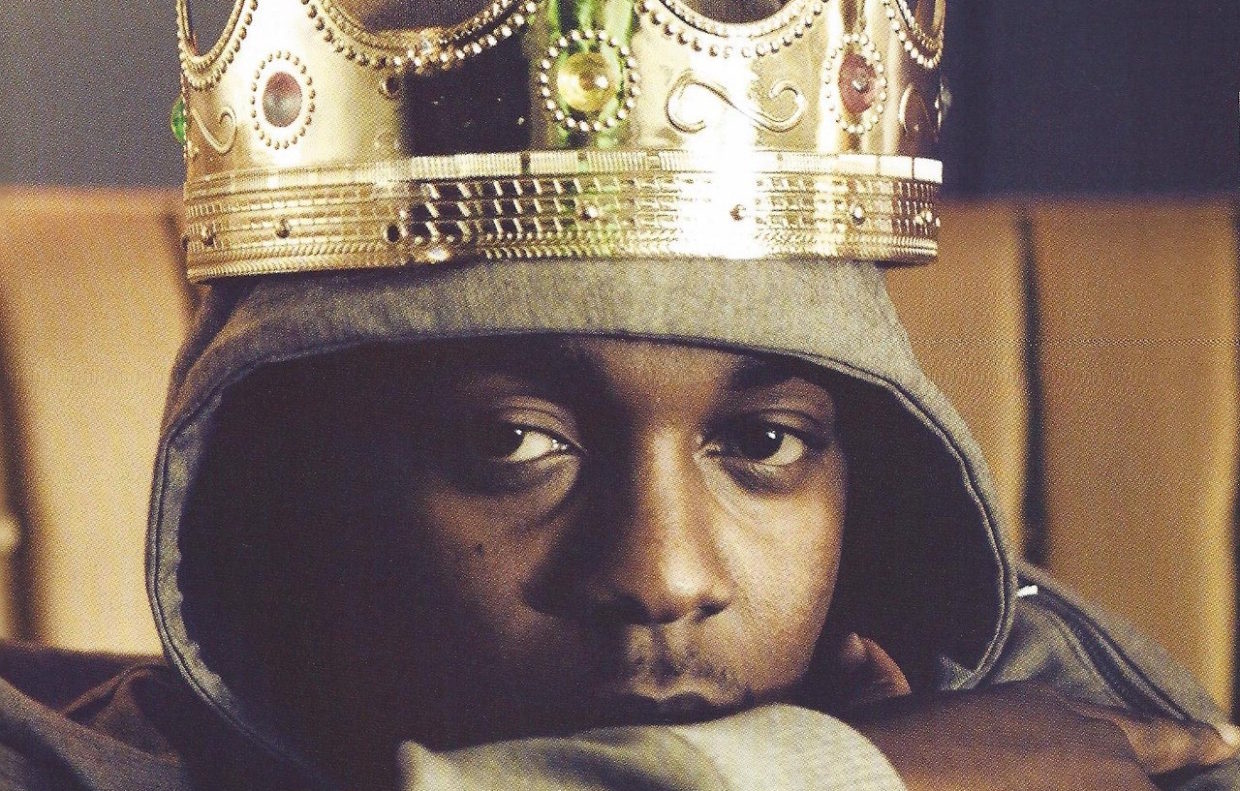 Mensah Demary on the Album as Novel

This essay was originally presented at the 2016 AWP Conference panel The Literary Genius of Kendrick Lamar and has been edited for publication.

In an interview with BOMB Magazine, Alvaro Enrigue defines the novel by its ability to research “something that was previously not visible.” This distills several of the qualities used to distinguish novels from earlier literary forms, namely, their focus on innovation, particularity, and interiority. For a work to be novelistic, in this sense, requires more than the inclusion of certain literary devices; it must delve into and express the previously invisible, thus intellectualizing and reconciling a individual’s place in the world as he moves, ages, and transforms over time.

Kendrick Lamar’s debut album Good Kid, M.A.D.D. City contains the basic, essential elements of a novel: a protagonist faced with an antagonistic outer world, plot and its arc—from opening scene to crisis to climax on down to denouement, a narrative connected through scenes, and character development and expression through dialogue. It follows the structure of a coming-of-age story—a sub-genre defined by a young person growing with the knowledge, the realization, that there is a larger world that equally responds to and is unconcerned with the young person’s actions. If listened to from beginning to end, it displays a widening perspective as Kendrick matures, like a camera’s aperture opening for more light. Sight is at the heart of bearing witness in art; James Baldwin understood the importance of simply watching the world’s gears chew and grind before reporting back his findings, capturing both the outer world and his inner life with his essays and novels, using his lens to zoom in and out.

The coming-of-age story is perfectly suited for Kendrick’s novelistic sensibility. Good Kid, M.A.D.D. City opens with “Sherane aka Master Splinter’s Daughter,” in which Kendrick—or the narrator/protagonist known as “Kendrick”—is on his way to see the character Sherane, a paramour of interest, to put it lightly. The track introduces the listener to Kendrick’s flow, to the musicality he will deploy throughout the album, and it wastes no time in introducing the plot’s inciting incident—Kendrick arrives at Sherane’s residence and steps into a set-up involving two individuals, dressed in black hoodies, with ill intentions.

The camera focus is tight: Kendrick’s sight is narrow, concentrating on his immediate life—his family, his friends, his music, his Compton. By the time we get to “Sing About Me/I’m Dying of Thirst,” Kendrick’s view has begun to widen, precipitated by a shooting death that occurs in the previous track, “Swimming Pools.” He recognizes that the world continues without him, indifferent to his existence. He cuts through this indifference with “Sing About Me” by taking on new personas, embodying his friend in the first verse and the sister of a young prostitute in the second. Through these new personas, Kendrick steps outside of himself, further widening his sight. What is revealed ranges from a deepening of faith to a reconciling of mortality to the necessity of self-love.

Kendrick’s follow-up album, To Pimp a Butterfly, is more ambitious in scope and scale, perhaps out of necessity. Whereas Good Kid, M.A.D.D. City shows Kendrick struggling against the world, To Pimp a Butterfly is shaped and defined by the interiority that struggles against these external forces. In this way, it is more memoiristic than Good Kid, M.A.D.D. City; Kendrick’s inner world now rises up.

To Pimp a Butterfly demonstrates a malleable interiority, constantly shifting from song to song, through various black musical forms and sounds and through Kendrick’s varied vocal inflections, octaves, and flows. It deals with a man who has imposed his will upon the larger world, which has responded in kind with fame and excess, forcing him to actively seek and decide his precise place in the world. Rather than merely reflecting perceived reality, the album attempts to declare and intellectualize decisions, filtered through one’s life and memory. It uses narrative as more than a method for reflecting the conditions of Kendrick’s life; instead, it attempts to reveal his inner life.

It’s interesting to see how the current crop of emcees, or their personas, portray their reaction to outsized fame; Drake, for instance, seems burdened by it, as he crooned on the track “Company” from the album If You’re Reading This It’s Too Late, “I need some company, I need some company/I need you to take my mind off being in my prime.” Drake is often positioned as a kind of foil to Kendrick, and not without cause—two years before he released Good Kid, M.A.D.D. City, Kendrick was featured on the “Buried Alive Interlude,” which always astounded me; Drake, sensing the approaching celebrity, gave two minutes and thirty seconds of his own album to Kendrick, who recalls his first meeting with Drake as an “initiation” (Kendrick’s word) into fame.

There are a number of ways to handle fame: Drake, for example, has opted to embrace all the trappings his status affords him, using his music as a repository into which he can pour his complicated feelings regarding strippers, disloyal friends, and general paranoia. Kendrick, for a time, mimicked Drake in this regard, and To Pimp a Butterfly shares his findings with the listener. In it, he bears witness to his own fame and ruminates on emotional entanglements. Knowing he could sleep with a woman who’s romantically involved with the man who killed his friend, Kendrick decides he can, and should, and so he does, as depicted in the track “These Walls.”

However, it’s too easy, and perhaps disingenuous, to suggest that the conclusion Kendrick has reached is “fame is bad.” A more useful statement would be “fame is a weapon.” It’s a bat that can bludgeon the not-so-famous; it’s a knife that can slice at people’s careers; it’s a gun that can end lives. And instead of using the weapon against his fans or turning the weapon on himself, Kendrick instead points the weapon at power—his lambasting of racial inequality within the US criminal court system with his 2016 Grammy Awards live performance provides but one example.

Which brings us to the true literary genius of Kendrick Lamar, or perhaps the source of it—his ability to use music as a cathartic tool. Drake has a similar ingenuity to his work, although it is far messier and far more singular. It’s one thing to use art as a catharsis for oneself—as I mentioned earlier, Drake uses his music to air out his feelings, a literary endeavor that can be traced back centuries, as far back as Montaigne’s Essays, published in 1580—but it is another thing entirely to create art that allows catharsis for both performer and audience. This is why Kendrick is, fundamentally, a Blues artist. He raps rather than plucking at a guitar and crooning misgivings and grievances, but the effect is the same. Kendrick’s work is both personal and projected, while Drake’s work is walled off, like that of an emperor ostensibly of the people, yet separate from them. Drake’s work is deceptively cerebral, despite being openly and publicly emotional and self-involved—Drake might only think of himself, but he does think. Kendrick, meanwhile, thinks of himself and of the greater populace. This is the logical effect caused by an expanding consciousness.

Yet despite his burgeoning consciousness, with his consideration of and concern for people other than himself, the limited, nearly non-existent presence of women in Kendrick’s music is a curious point. I encourage you to seek out the words of black women in this regard, and in general, for deeper and more vital analysis. Can Kendrick speak on Blackness while maintaining that void in his work, the absence of black women? It depends on whether you believe his work speaks to Blackness—or if it speaks to one man’s reconciliation with blackness. Of course, there’s no real distinction between the two, although they are often and curiously parsed and treated as separate points, as if Blackness, in any macro sense of the word, can be engaged without consideration of one’s individual blackness. Yes, Kendrick can speak on Blackness while maintaining this absence—but at his own peril, and in service to only a portion of the Black population, ultimately in service to no one, not even to himself.

Kendrick’s career, thus far, reveals the necessity to expand consciousness, if only to see where one is standing. As far as Blackness is concerned, Kendrick’s growing militancy is the result of growing consciousness. Militancy is a natural reaction to a world that is out to kill you. Black life in America is far more instinctual than we often let on; what defines our daily lives as black people is often impenetrable to language. Kendrick, much like Bob Marley, Aretha Franklin, John Coltrane, and Alice Coltrane before him, has found a way to give sound to our secret fears of annihilation and dread in the face of never-ending hatred toward our skin color, as well as to our secret fantasies of a world stripped of whiteness, an afrofuture carved from crags as old as this nation fused with a Afrocentric present. Kendrick, somehow, speaks to us in a language only we can hear, even when others listen, making us intimate with and a part of his music. Kendrick reveals us to us, the hallmark of artistic excellence and genius.

Mensah Demary is an editor for Catapult. Originally from New Jersey, Mensah writes and lives in Brooklyn.

Sally Rooney on Superheroes and the Myths of American Power 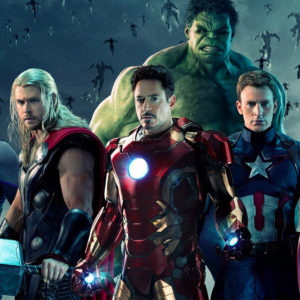 Sally Rooney on Superheroes and the Myths of American Power

American superheroes are big business. Emerging in comic books on the eve of World War II, and enjoying a Golden Age during...
© LitHub
Back to top