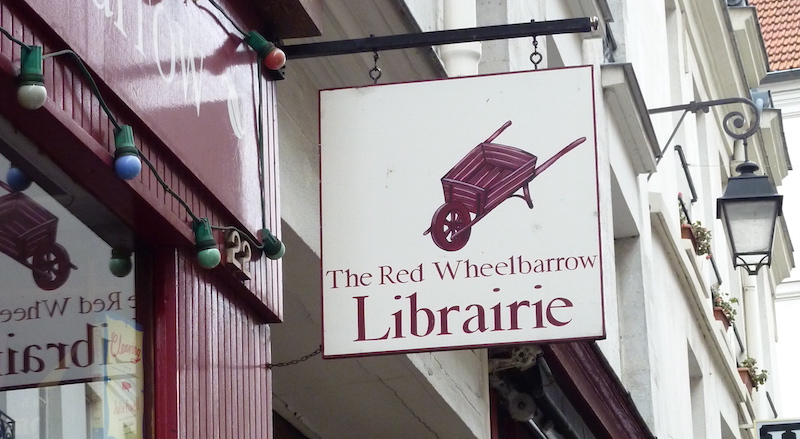 The Life We Could Have Had Running a Parisian Bookstore

Maybe We Should Have Bought the Red Wheelbarrow?

My wife, daughters and I live in Milwaukee within walking distance of a small urban shopping district unfortunately named Downer, which became one as business after business left. We should start a bakery, my wife and I thought, because we do like bread. We looked into it. We learned that the workday starts not long after midnight and that waistlines expand, margins shrink. Then someone else opened a bakery on Downer. They seem to be doing okay. We buy a $6 loaf of bread there at least a couple times a year.

Downer is doing better today, but empty storefronts persist, and so, too, our dreams of what might fill them. A store for ice cream. Tea. Yarn. The obvious choice for a writer’s family—a bookstore—is never uttered, for two reasons.

One, there’s a wonderful bookstore, Boswell Books, already on the strip.

Two, we once had a chance at owning a bookstore, and how it ended haunts me still.

Like Milwaukee’s Downer Avenue, the rue Saint Paul in Paris’s lower Marais has its share of stubbornly vacant storefronts. But I only care about the red façade that rises about midway between the Métro stop at the top of the street and the Seine at the bottom. It’s become a point of pilgrimage for me whenever I visit Paris. Sometimes it’s occupied and sometimes it’s not, but it’s never what it was when my family and I first saw it, when three words in white were carefully lettered above the door: The Red Wheelbarrow.

So much did depend on it. And on us, I suppose, that day we visited some five years ago. It was the last day of our girls’ first trip to Paris. We’d peered into many storefronts in Paris during our brief stay—the French expression for window-shopping, lèche-vitrine, literally, lick-window, suggests drooling and should—but no store had entranced us as this one did.

It wasn’t just the red paint outside. Inside were long wooden shelves, teetering stacks of books, a children’s nook around back that was in authentic afternoon disarray. Much of the shop seemed to need straightening, actually, and as we got around to making our purchases, the owner mentioned that she was packing up. The store was for sale. Competition was an issue, her daughter leaving France to go to school was another. We looked around. We’d been alone in the store for quite some time.

She thought the best sort of buyer would be someone like her, but younger, someone with a child, a family, people who would not just run the store but live a life of, with, in books. An American man had expressed interest—she didn’t say who it was, because he was famous, because when he’d visited to look at the store, he’d been juggling a baby it turned out he’d fathered in Paris, born to a woman not his wife. It hadn’t worked out.

My wife and I looked at each other. We think of ourselves as responsible adults, good parents. Our children are fed, clothed, housed. When they wanted kittens, we adopted one and then his sister. When they wanted a pony, we said no. We keep our girls’ futures foremost in mind. Which is why we’ve bought plenty of life insurance but not a single bakery or a yarn store.

It would seem the silliest sort of mistake to grieve. The right mistakes to regret are those where we didn’t choose the wiser action: the money we failed to save, the words we failed to say, the friend we failed. And buying the bookstore would have surely ruined us. Financially, emotionally, perpetually.

We would have sold some child their first Red Balloon or their tenth Madeline, and we would have sold colorful pencils and crisp stationery and stuffed Winnie-the-Poohs leashed to boxed sets of A.A. Milne. I’d have pressed on the adults those authors I thought I knew but too few others did: Alice Mattison? You must read her; here, I have all her books, freshly imported from America. I’d keep Monique Truong’s The Book of Salt piled high by the register, because who better to see Paris through than Gertrude Stein’s Vietnamese cook? And I would point out a little café just up the street where they could start reading their purchases with a glass of wine.

And I would have known pour de vrai what I can only now endlessly imagine and do: me, alone in the store, closing up, returning mislaid books to their conversations on the shelves—I don’t know what Alice Mattison has just whispered to Bernard Malamud and Somerset Maugham, but each night, I’m sure they’re laughing as I leave—and then flipping the front window sign to “fermé,” listening to the bells above the door ring and the bells in the church up the way, checking the door to see that it’s shut tight, walking down rain-black streets to my wife, my daughters, our dollhouse apartment—tiny, yes, but perfect and also lined with books. I would have loved that, every step of that walk every night.

Climbing the stairs (up and up and up, no elevator), I’m sure I would sigh and think, it’s late, too late, the day is coming closer when we, too, will have to sell to someone who both knows better and does not.

But then comes the best part. I turn the key—an old, heavy, prop-perfect key I dangle before friends during trips home we don’t take because we can’t afford to—and call out, softly, so as not to wake anyone, least of all myself, I’m home.

Liam Callanan is a novelist, teacher and journalist. He's the 2017 winner of the Hunt Prize, and his first novel, The Cloud Atlas, was a finalist for an Edgar Award. His work has appeared in The Wall Street Journal, Slate, The New York Times, The Washington Post and The San Francisco Chronicle, and he's recorded numerous essays for public radio. He's also taught for the Warren Wilson MFA Program for Writers and the University of Wisconsin–Milwaukee, and lives in Wisconsin with his wife and daughters.

Russia is Winning the Information War

How Does Consciousness Work? 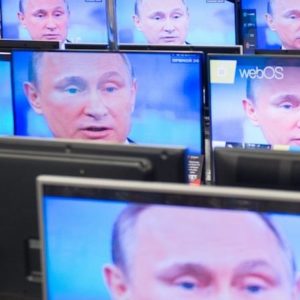 Russia is Winning the Information War

“Information war is now the main type of war.” Dmitry Kiselev was in a position to know. He was the coordinator of the Russian...
© LitHub
Back to top