The Life and Stories of Diane Oliver

On Episode 10 of Ursa Short Fiction, Deesha Philyaw and Dawnie Walton welcome writer Michael A. Gonzales for part two of our deep dive into the life and work of Diane Oliver, who published six short stories before her death at age 22. (Part one of our series is here.)

Diane Oliver was just a month away from graduating from the Iowa Writers’ Workshop before she was killed in a motorcycle accident in Iowa City, Iowa.

Gonzales first introduced Philyaw and Walton to the work of Oliver—he published an essay about the writer in The Bitter Southerner earlier this year.

On this episode, Gonzales talks about his work digging into the archives to put a spotlight on Black authors who never got the recognition they deserved, or whose books are now out of print. His column for Catapult, The Blacklist, has shared stories about authors including Charlotte Carter, Julian Mayfield, Henry Dumas, and Darius James.

She just had a style about her that just kind of pulled you into the stories. There was a style to it, but it was also a simplistic kind of way of bringing you into these topics. I loved it because it kind of reminded me of reading Shirley Jackson, who could make the everyday kind of horrifying. And we all know racism, whether it was during Jim Crow or yesterday, is scary.

*
Gonzales on his work researching and spotlighting Black authors whose work was out of print:

Julian Mayfield is out of print, Charlotte Carter is out of print, Henry Dumas is out of print. You know, these books are going for hundreds of dollars on Amazon and nobody, Black, white, or whatever, hardly knows who these people are. Henry Dumas is probably the most famous because he was a discovery of Toni Morrison’s after his death, and she published a few of his stories. But there was not a lot being done on Black literary figures. And that’s why I kind of took the responsibility to do that.

Harlem native Michael A. Gonzales is a cultural critic/short story scribe who has written for The Hopkins Review, The Paris Review, Longreads, Wax Poetics and Soulhead.com. Gonzales writes true crime articles for Crimereads.com and wrote the series The Blacklist about out-of-print Black authors for Catapult. His fiction has appeared in Under the Thumb: Stories of Police Oppression edited by S.A. Cosby, Killens Review of Arts & Letters, Dead-End Jobs: A Hit Man Anthology edited by Andrew J. Rausch, Black Pulp edited by Gary Phillips, and The Root. His latest short story “Really Gone” was published in the Summer 2022 issue of the Oxford American.

QAnon: Threat to Civilization or Childish Distraction For the Digital Underclass? 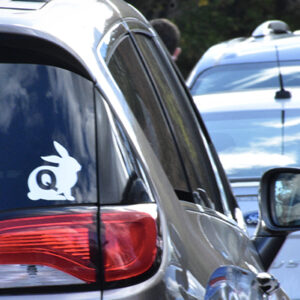 QAnon: Threat to Civilization or Childish Distraction For the Digital Underclass?