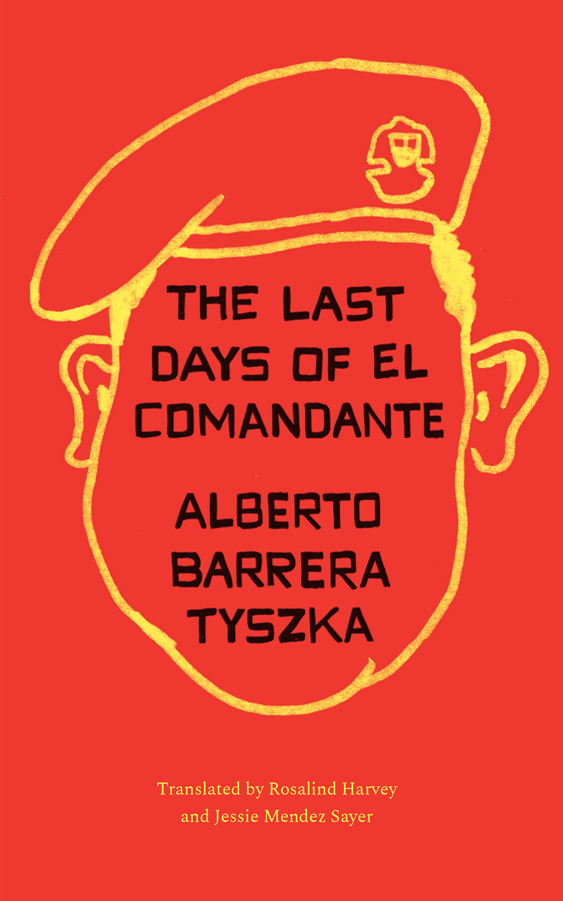 The following is excerpted from Alberto Tyszka's novel The Last Days of El Comandante, newly translated by Rosalind Harvey and Jessie Mendez Sayer. Winner of the Tusquets Prize in 2015 and previously translated into French, German, Dutch, Polish, and Portuguese, it now available in English.

“One more death and I’m taking you out of school,” her mother said.

María didn’t reply. She almost never replied. She lowered her head a little, nothing more. She was nine years old and in her third year of elementary school. The two of them were in the kitchen, sitting at the little table, eating dinner. Her mother looked at her anxiously. There was a mixture of tenderness and impotence in her eyes. Then she bent her face toward her bowl of soup and ate slowly, keeping the spoon perfectly balanced on its brief journey from the thick caldo verde to her lips.

In the living room, the television was still tuned to the news channel. It was always the same, until her mother switched it off before going to bed. This was the apartment’s background music. The anchorman had just read out the latest: there had been another homicide in the vicinity of the Simón Bolívar school in the center of Caracas, the man was saying, reminding viewers that it had become a very dangerous neighborhood, in an area dominated by gangs who fought one another for control of drug distribution in that sector of the city.

“You can study here, at home. That way we won’t worry so much.”

María moved her head a little again, a brief gesture that expressed nothing. She was neither denying nor confirming anything, she was simply establishing she was still there, that in some way she continued to be present, in the conversation, at dinner.

From the living room suddenly came the sound of shouts and a woman crying. It was the victim’s mother, describing to one of the channel’s reporters what had happened. Her son had just left school when he was shot. He was in the wrong country, on the wrong Thursday, in the wrong life. He was crossing the road oblivious to the fact that he was really crossing a battlefield between two gangs. A shot fired in no particular direction struck him. That was the news. A stray bullet that had buried itself in the boy’s right eye. He was called Winston Enrique González Paredes. The woman could barely speak. She was crying, moaning, lowing. It was a raw, immediate wound. María put her spoon down in the bowl. The piece of cutlery looked like a gray animal in the middle of a green sea. A bullet inside an eye.

“One more death and I’m taking you out of school,” her mother said again.

María lowered her head. She didn’t like kale soup.

Ever since María could remember, her mother’s room had been full of eyes. It was her workplace. She spent most of her time there, shut in, sculpting pupils. Her mother was an optometrist who specialized in ocular prostheses. That was what a tiny certificate that hung in the living room stated. María didn’t really understand the words, but she knew what they meant. The diploma said that her mother made eyes for a living. Sometimes her mother let her watch her at work. But she had to keep quiet, stay very still, and breathe very slowly. That was the deal. One day she watched her finish off an ocher-colored pupil. It’s for a lady who’s had an accident, her mother murmured. She worked at a long metal table by the window. She would sit for hours, concentrating intensely. The table was covered in eyes, jars filled with materials, paintbrushes of varying sizes. She only left the room to smoke and to hear the television better, to watch the news up close whenever she thought something important was happening.

The two of them had always lived alone in the same building, in the upper part of the city center, on a little street between Las Mercedes church and Avenida Fuerzas Armadas. It was an old building, three stories high, with no elevator. Their apartment was on the first floor. It was seventy square meters, distributed somewhat carelessly. The kitchen was right by the front door.

It was spacious and had a window that looked out onto the building’s square atrium. The living room and dining room shared a single space, small and rather narrow. From there, a slender hallway stretched out, leading to the two bedrooms. The bathroom was between the two. It was a dark apartment. Only the window in her mother’s room looked out onto the street. All the others faced the building’s atrium. Everything was always a bit dark. All shadows and smoke. María didn’t like smoke either. It bothered her that her mother smoked. It bothered her that the entire apartment smelled of cigarettes. Her mother tended to smoke in the living room, watching the TV. Sometimes she fell asleep on the sofa. Just for a few minutes. María would watch her and feel that her mother had always been old. Two years earlier, they had celebrated her fortieth birthday. They went to the beach together. They spent the night in a hotel. María had never had so much fun. Everything seemed exciting, new, different. It was the only time she was able, briefly, to imagine her mother as less old. But as she watched her dozing on the sofa, she found it impossible to picture her younger. What was she like, how did she act, what did she look like?

It seemed impossible to María that her mother had once been a young woman, a girl.

When María looked at old photographs she found it hard to recognize her. The woman she now lived with was nothing like the young girl in many of the pictures. She couldn’t make out her hair, her skin, the expression that contained laughter. They looked alike, of course, but they were also very different. It seemed impossible to María that her mother had once been a young woman, a girl. The body’s past is hidden underneath the body. A wrinkle is an implacable definition. It lays waste to everything.

Be careful. Don’t get distracted. Don’t trust anybody. These had always been her mother’s favorite mottos. Sometimes María felt as if, when she opened her eyes for the first time, these short sentences were already there, swimming around her, waiting for her. Be careful. Like a primitive litany, the family tribe’s most ancient prayer. Don’t get distracted. A dull, constant instruction, which came from within the bones of a god who only sputtered threats, misfortunes forever about to occur. Don’t trust anybody. This was the whisper of time. Her mother squatted down, next to her, at the school gates, on her first day of kindergarten, took her face between her hands and whispered this to her. María was wearing her school uniform, red shirt, blue trousers, canvas shoes. She was carrying a thin plastic bag on her shoulders. She was three years old and smelled of mango. Be very careful. Other people are dangerous.

Her mother didn’t know what to do with her fear. All she managed was to infect others with it. Constantly. Something was always happening, or could happen. There was always someone describing what was happening or could happen. Every day was a risk. The television said so all the time. Or else there was always a neighbor ready with a story, a tale. María and her mother listened, somewhere between astonishment and fright. One afternoon the old lady who went from house to house giving haircuts told them the following:

“We were on the bus and all of a sudden two thugs got on. One of them went to the back and the other stayed near the door. They took their guns out and started shouting: Give us everything you’ve got, your money, your phones. One girl had a computer. . . Everything. I was sitting at the front. I was really scared. I even thought I was going to wet myself. I gave them the notes I had on me. They said to a boy sitting near me, who didn’t want to give them his mobile: Hand it over or I’ll put a bullet in your face. A few of us passengers were shouting. And then something strange happened. Because the driver suddenly braked. The robber at the front jumped out into the road and ran off, but the one at the back couldn’t get out. I don’t know how it happened. I just heard some shouting. They said that when the thug was about to get off, someone grabbed him from behind and another person threw himself on top of him. Then everyone was just shouting like crazy. And the driver sped up then, and the bus was going full speed down the road, so fast we nearly crashed. When he stopped at last, there was a strange silence. That was when I was able to look back. The robber was there on the floor, face down. And the blood was trickling all the way down the aisle toward the door. We were all quiet. And we looked at each other. Nervous. Our faces all sweaty. The driver told the policeman that we had all killed him, together. And the officer stood there in silence. Two other agents carried him off. Later, the policeman just said that he was well and truly dead.”

Excerpted from The Last Days of El Comandante by Alberto Tyszka and translated by Rosalind Harvey and Jessie Mendez Sayer. Reprinted with permission of UT Press.

Behind the Mic: On When My Time Comes by Diane Rehm, Read by the Author 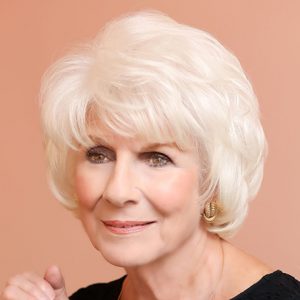 Behind the Mic: On When My Time Comes by Diane Rehm, Read by the Author Every Monday through Friday, AudioFile’s editors recommend the best in audiobook listening. We keep our daily episodes...
© LitHub
Back to top