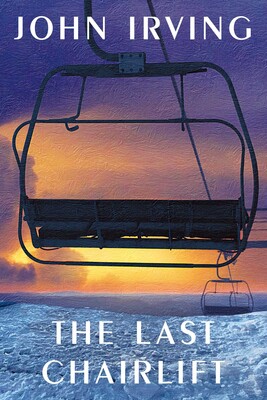 The following is from John Irving's The Last Chairlift. Irving's first novel, Setting Free the Bears, was published in 1968, when he was twenty-six. He competed as a wrestler for twenty years, and coached wrestling until he was forty-seven. In 1980, he won a National Book Award for his novel The World According to Garp. and in 2000, he won the Oscar for Best Adapted Screenplay for The Cider House Rules. His all-time bestselling novel, in every language, is A Prayer for Owen Meany. He lives in Toronto.

My mother named me Adam, like you-know-who. She always said I was her one and only. I’ve changed some names, but not mine, and not the name of the hotel. The Hotel Jerome is real—it’s a great hotel. If you ever go to Aspen, you should stay there, if you can afford it. But if anything happens to you along the lines of what happened to me, you should leave. Don’t blame the Jerome.

Yes, there are ghosts. No, I don’t mean those ghosts you may have heard were haunting the Jerome: the unregistered guest in Room 310, a drowned ten-year-old boy, shivering with cold and quickly disappearing, leaving only his wet footprints behind; the lovelorn silver miner, whose late-night sob- bing has been heard while his apparition roams the halls; the pretty hotel maid who fell through the ice in a nearby pond and (notwithstanding that she died of pneumonia) occasionally appears just to turn down the beds. They aren’t the ghosts I usually see. I’m not saying they don’t exist, but I’ve scarcely seen them. Not every ghost is seen by everyone.

My ghosts are vivid to me—they’re very real. Some of their names have been changed, but I haven’t changed a single essential thing about the ghosts.

I can see ghosts, but not everyone can see them. As for the ghosts them- selves, what happened to them? I mean, what made them ghosts? Not every- one who dies becomes a ghost.

This gets complicated, because I know that not all ghosts are dead. In certain cases, you can be a ghost and still be half-alive—only a significant part of you has died. I wonder how many of these half-alive ghosts are aware of what has died in them, and—dead or alive—if there are rules for ghosts.

But my life is a movie, and not for the usual self-congratulatory or self-pitying reasons. My life is a movie because I’m a screenwriter. I’m first and foremost a novelist, but even when I write a novel, I’m a visualizer—I’m seeing the story unfold as if it were already on film. Like some novelists, I know the titles and plots for novels that I won’t live long enough to begin; like screenwriters everywhere, I’ve imagined more movies than I’ll ever write. Like many screenwriters, I’ve written screenplays that I’ll never see made as films. I see unmade movies for a living; I watch them all the time. My life is just another unmade movie, one I’ve seen before—one I’ll go on seeing, again and again.

They publish your novel, they make your screenplay—these books and movies go away. You take your bad reviews with the good ones, or you win an Oscar; whatever happens, it doesn’t stay. But an unmade movie never leaves you; an unmade movie doesn’t go away.

I used to think my mother loved skiing more than she loved me. What we believe as children forms us; what haunts us in our childhood and adolescence can make us do wayward things, but I don’t blame my mom for telling me that her first love was skiing. She wasn’t lying.

My mom was an expert skier, though she would never have said so her- self. The story I grew up with was that my mother had failed in competition; henceforth, in her estimation, her skiing was no better than “fair to middling.” A lifelong ski instructor—she preferred to teach young children and other beginners—my mom wasn’t bitter about her failure to compete. As a kid, I never heard a single complaint about her diminutive size—not from her. From my grandmother, and from Aunt Abigail and Aunt Martha—my mother’s older sisters—I heard a litany of grievances concerning my mom’s size.

“Weight equals speed,” was the condemning way Aunt Abigail put it. Abigail was a hefty woman, especially in her hips—more bovine than svelte in a pair of ski pants.

“Your mom was just a little thing, Adam,” Aunt Martha told me with disdain. “In the downhill event, you have to weigh more than she ever did—she was strictly a slalom skier, a one-event girl.”

“She just didn’t weigh enough!” my grandmother would periodically ex- claim; in these spontaneous outbursts, her arms reached for the sky, fists clenched, as if she held the heavens accountable.

Those Brewster girls, my mother included, were fond of dramatizing their exclamatory remarks, though my grandmother—Mildred Brewster, whose maiden name was Bates—always maintained that drama was more characteristic of a Bates than a Brewster.

I believed her. Evidence of the dramatic developed slowly in my grand- father, Lewis Brewster. I was told he’d been the principal of Phillips Exeter Academy, albeit briefly and with no accomplishments of significance. Throughout my acquaintance with Principal Brewster, as he preferred to be called (even by his grandchildren), he was retired. As a perpetual principal emeritus, gloomy and stern—bordering on catatonic—the former headmaster seemed destined to live forever. Little seemed to affect him. It would take the heavens to kill him.

My grandfather didn’t speak; he rarely did anything. I used to think Lewis Brewster had been born a retired head of school. To whatever was said or done, Granddaddy Lew, as he hated to be called, would respond (when he reacted at all) with no more than a nod or a shake of his head. To engage with children, his own included, seemed beneath him. When he was vexed, he chewed his mustache.

Of course, I was not yet born when my mother told her parents she was pregnant. Before I knew the story, I used to wonder what Principal Brewster had to say about that. I was born one week before Christmas—Dec. 18, 1941. As my unwed mother would never tire of telling me, I was ten days late. 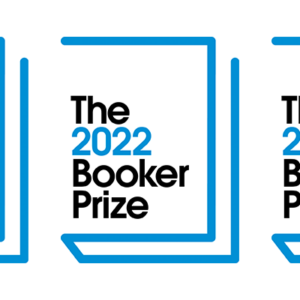