In 1980, according to the census taken that year, there were 1,500 bookbinders in New York. A great number of them plied the trade in downtown Manhattan, on the Lower East Side, among the garment workers, delicatessens and dive bars. Of that proud and once ample contingent—the binders of the Lower East Side—now there is only Henry. Henry is not his given legal name. It’s the name of the street where he works and has worked for most of his adult life. At some point, the shop became known as Henry Bookbinding, and he as Henry. It’s that kind of pragmatic thinking and come-what-may attitude, perhaps, that keeps business humming.

Recently I went by to pay Henry a visit and to have him bind a book I was planning on gifting at Christmas. Most of his clients fall into one of three categories: doctors, lawyers and rabbis. The work holds steady throughout the year thanks to them, but around the holidays there tends to be an uptick in irregular customers, like me, so Henry keeps a small mattress in the shop and sometimes spends the night there, so that all poetry volumes, family Bibles, photo albums, and threadbare but beloved copies of The Pickwick Papers may be finished in time for presents.

“I’m always in a good mood,” Henry tells me, with a jaunty, almost a rakish smile. His beard and sidelocks are gray, but there’s a nimbleness to his movements. His sleeves are rolled, and his shirt hangs open one or two buttons below what you might expect. Despite the long hours and the heavy lifting, he still enjoys the work. “Every morning I wake up and thank God.”

Henry’s workshop is five steps below street level, in the basement of the Congregation Sons of Moses synagogue. There are no windows and yet it’s a cheerful place, primarily because of Henry, but also because of the instruments he uses—the oversewing machine with its web of thread, the presses that are tightened by wheel crank, the hand guillotine and the foot guillotine. Some are wickedly efficient, others possessed of a Rube Goldberg charm. Grease is needed to keep these machines in working order, and there’s a sweetness in the air, from the lubricant oils, the leather polish and Elmer’s glue, all of it underlined by the nutty scent of paper recently cut.

Two rows of tables span the room. Their tops are covered in newspapers, discarded covers, fabric, brushes, pots of glue. A tinkerer’s chaos prevails, and as you pass through it, Henry watches and warns where you are most at risk of losing a finger, or of succumbing to schmutz.

135 Henry Street has been a bookbindery as long as anyone alive can remember. As a young man, Henry worked briefly as a sofer, transcribing the Torah and other holy writings by hand, then heard that his brother’s father-in-law, the bookbinder, needed help, and went to work in the shop. It was a bustling place. There were many others in the trade back then. One of Henry’s former colleagues, Moshe, was hanging around the day I went by to visit. Moshe is 86 now and a little stooped, but Henry assured me that in his day Moshe was the strongest of the bookbinders and did the work of ten men, or ten horses, even. Moshe nodded sagely. “I was strong,” he acknowledged. “Once I danced with six women in one night. September 17th, 1953.”

Henry, though, is no slouch. He has a family. A big one. He declines to go on the record with how many children, but encourages me to guess. More than ten? He smiles. More than twelve?

Watching Henry at work is a special pleasure. Every movement is precise and well-practiced.

He begins at the oversewing machine, making the initial thread. The endsheets are glued, and then there is a guillotine to keep things uniform. Blades are everywhere, blades of all style and purpose, and yet Henry remains in possession of all ten fingers. How long did it take to learn the process? “About a week,” he says, laughing and lifting momentarily off the floor to leverage his weight against the wheel of the big press. “Maybe less.” There are no rulers anywhere in the shop. He measures by sight and with homemade tools that have no names except in Yiddish.

From time to time, he asks perceptive questions about the ultimate owner of the book, in this case my father-in-law. What does he do? Where was he born? He likes to be called doctor, or no? Based on the answers, a fabric is chosen. For embossing, he’ll use a simple, handsome font across the front cover and down the spine. More glue is applied, more thread, more blades.

When complete, Henry’s books are elegant, sturdy and satisfying to hold. His prices—for cloth and for leather, the latter of which may be given little flourishes, like raised bands along the spine—strike me as fair. He shrugs when I ask whether he might get away with charging more. “I’m not a jealous man. I like nice things. And I like it when other people have nice things, too.”

I take another stab at guessing how many children he has. More than fifteen? He looks proud.

“You have a picture of your wife?” he asks. I do. He offers his compliments, then we go into another room and he shows me pictures of his family, his house, of himself as a young man, when his locks were not so long and he cut a rather dashing figure in his ceremonial robes.

Henry has no plans to retire. His strength, of the coiled variety, remains. His predecessor, his brother’s father-in-law, kept working in the shop until well into his nineties. That seems more or less to be Henry’s goal. Very little about the work has changed over the years, which suits him fine. He does, however, have a Yelp page, and takes not a little satisfaction in it. “Everybody comes here,” he says. “Jews, Christians, Muslims. Everybody. They say nice things about me.”

There is, it turns out, another of the old bookbinders still around, still working, not on the Lower East Side but just across the bridge in Williamsburg. Henry tells me about the man, where to find him, compliments his work. It’s a Miracle on 34th Street gambit, I think. A customer’s trust is earned with candor. Or perhaps it’s just as Henry explained before: he’s not a jealous man. He likes it when people have nice things. A good house, a big family, a library of well bound books.

In any case, I’ll keep bringing my business to Henry Street. 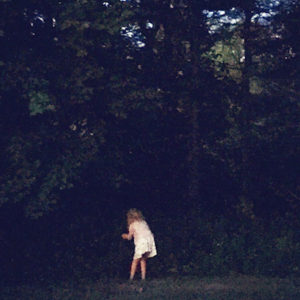 Girls In Trees was inspired by the casual, offhand photos of my daughter taken during summers spent in a Hudson Valley apple...
© LitHub
Back to top