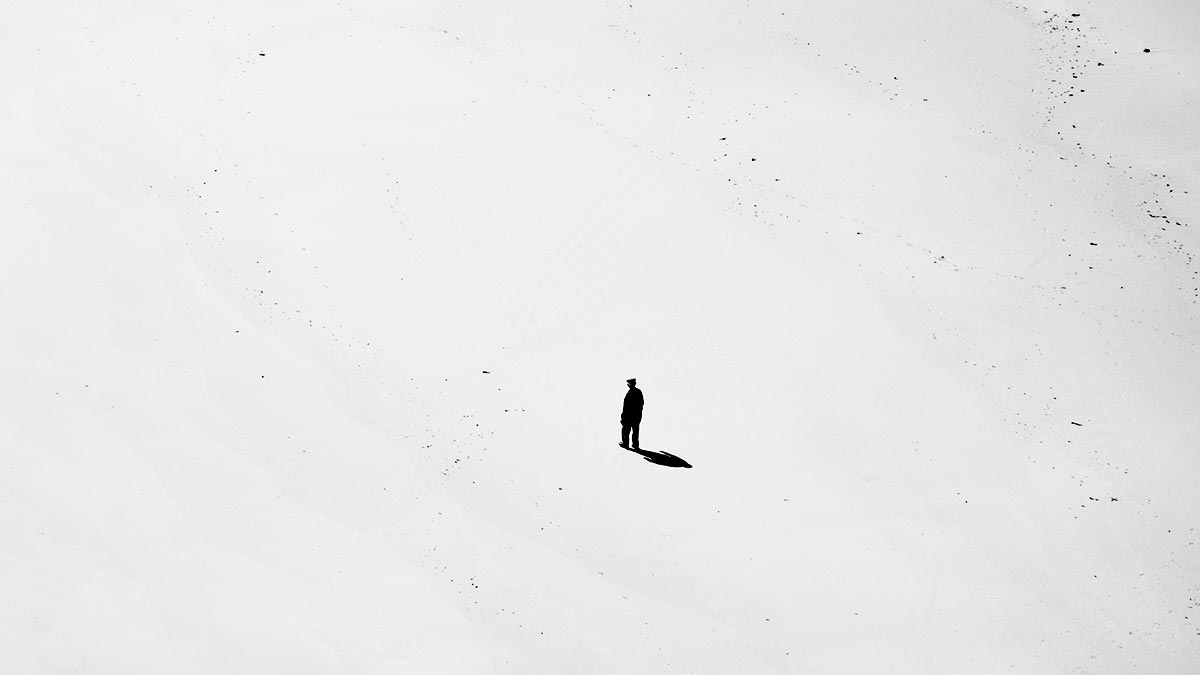 I came to reading late. I wasn’t one of those children that longed for solitude, that took a book at night and beetled down under the covers, constructing worlds in my head beneath a halo of torchlight. I wanted to be outside playing sport; I wanted to be with my friends on the village green; I needed the noise, the attention, the company. The prospect, back then, of staying indoors and sitting in a quiet room with nothing other than a book in my hands, was anathema to me.

I was in my late teens when I really discovered books. Like most adolescents, I felt lonely, misunderstood; I didn’t understand myself or what it was I was meant to do. I had gone from a small school in which I was known and well liked, to a large sixth form college in which I felt painfully shy and invisible. Suddenly, having felt myself to be very much on the inside, I was on the outside.

I was seventeen years old when I walked into the library of this sixth form college. Back then, libraries were still unfamiliar places to me. I felt dangerously incongruous in them, as if someone was going to tap me on the shoulder and frogmarch me out. They were places for clever people, and I had decided that I wasn’t clever.

My father is an artist, and over the years he’d done several portraits of Samuel Beckett. On almost every wall Beckett seemed to be there, watching over me: the piercing eyes, the aquiline nose, the corrugated brow. I didn’t know who he was or what he’d done to deserve his monopoly of wall space, but I grew familiar with the name, and very familiar with the face.

So, when I was in the library, it was Beckett that leapt out at me from the shelf. I reached out and took down a single book, Beckett’s famous trilogy. Three Novels: Molloy, Malone Dies, The Unnamable. On reflection, it isn’t any kind of exaggeration to say that my life changed when I opened it up. I didn’t necessarily understand what I was reading. But I didn’t have to. There was something in those words that I connected with. I felt, rightly or wrongly, that Beckett was speaking to me from the very position I myself was in. He, too, was lonely, misunderstood, and in pain. He, too, was on the outside looking in.

My first novel, My Name is Yip, has a narrator that’s one such outsider. Mute, hairless and standing at four feet and eight inches tall, he is, as he himself says, “not cut from the common cloth.” Not just a rollicking picaresque through the American frontier, the book reckons with what it is to feel as if you don’t belong. How does a person make their way in the world? How—in a world built on the foundations of language—does someone who cannot speak find a way to make himself heard?

Here are five books narrated by a character who is always on the outside looking in. 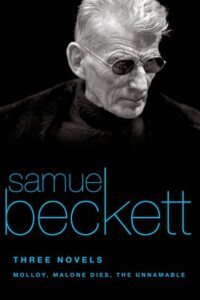 “I am in my mother’s room. It’s I who live here now. I don’t know how I got there.” Beckett has the uncanny knack of being able to disorientate a reader from the very first few sentences. His narrator works contrary to the way most do, in that the more he speaks, the less the reader seems to know. “All grows dim,” says Molloy, and so, too, does the readers understanding. There is, of course, humor in this; but there is also terrible pathos. No one progresses, nothing thrives. The long, meandering paragraphs engender an almost stultifying atmosphere, and yet the reader feels compelled to endure. Is there some grain of hope in all this confusion? Some sliver of light in all the darkness? Or should we accept loneliness for what it is, and listen to Molloy when he says, “It is in the tranquillity of decomposition that I remember the long confused emotion which was my life.” 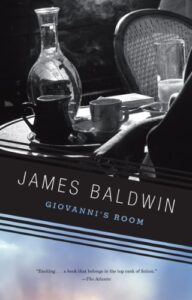 Some books, when I think of them, conjure up a very particular color. The color Giovanni’s Room summons is blue, tinctured very faintly with green, like the last wash of summer light in a room before darkness settles. This, it strikes me now, is the very color of loneliness. The narrator, David, while waiting for his fiancée, meets Giovanni, and the two men commence a clandestine affair. Baldwin expertly applies vice-like pressure to his narrator—not only does David suffer from all the internal struggles and passions and doubts of a man who wants to love and be loved, but the crippling fact that this love, in all its truth and complexity, is deemed invalid by the rest of society. As the novel progresses, it seems at times as if David is simply at risk of disappearing; he cuts a watery, diaphanous figure, slowly fading away until tragedy drags him back into the cruel reality of his existence. 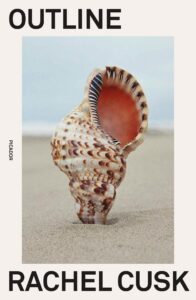 Cusk’s narrator is not a narrator in the traditional sense. There is no story, no over-arching theme, no shocking denouement in store. Details about her life are kept deliberately vague, and anything that is exposed does not come by means of timely, measured confessions, but through sprawling conversations—most of which are struck up randomly with strangers. In these the narrator sits and listens patiently to her new companion, almost like a blank canvas on which these other lives are carelessly dashed. There is, throughout it all, the sense that life is never within our control; that there is always something or someone between us and what it is we’re seeking. 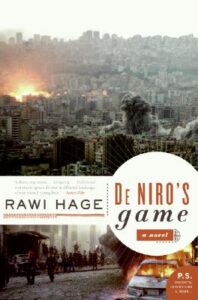 Sometimes a narrative voice doesn’t need any linguistic tricks or narrative quirks to bring it to life, but relies on the environment the story unspools in. In war-torn Lebanon, “Ten thousand bombs had landed, and I was waiting for George,” says Bassam, Hage’s narrator. Bassam is in a constant dialogue with his city and the threat it’s under. Even when it’s not being addressed directly, the proximity of violence is ever-present, and it can’t help but color the reader’s understanding of Bassam. He is, at times, made to seem no more than a speck, a single victim among a multitude of other lives; and then there are times when he becomes bigger than the war itself: his voice, his thoughts, his relationship to his friend George supplanting the greater danger, and creating a world in which he’s never one, singular entity, but many versions all in contest to be seen and heard. 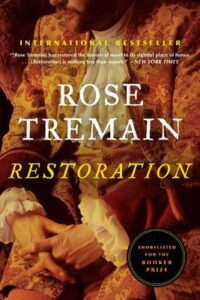 Tremain’s narrator, Robert Merivel, is in his pomp in the reign of King Charles II. Merivel is all wit and charm, until his hedonsitic lifestyle brings his name into disrepute, and he’s ignominiously cast out of the court. It’s a narrative that could, in less expert hands, simply be a trite exercise in pointing out the various pitfalls of avarice and lust. But Merivel’s downfall and subsequent fight for redemption is a much more complex affair. His suffering is no different to the reader’s suffering, and made no less meaningful by the absurdity of his circumstances.

This, ultimately, is down to Tremain’s treatment of history in a broader sense. Like all good writers of historical fiction, Tremain refuses to treat the past as distant or inflexible; it is close, immediate, just below the surface. And so Merivel doesn’t suffer from the staid conventions of some of his fellow creations in other novels of the period. Despite the myriad differences between the 17th century and modernity, Merivel remains a relatable figure, one whose loneliness is every bit as real as our own. 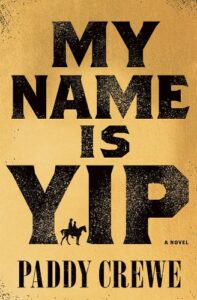 Paddy Crewe’s My Name is Yip is out now from Abrams Books.

Paddy Crewe was born in Stockton-on-Tees. He studied at Goldsmiths, University of London. My Name is Yip is his debut novel. 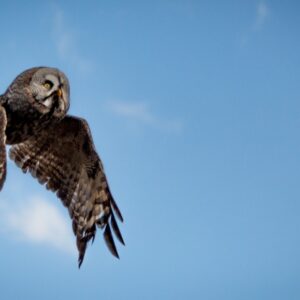 Sometimes finding hope requires shifting our gaze from humanity. In this episode of Book Dreams, we take an up-close and uplifting...
© LitHub
Back to top
Loading Comments...