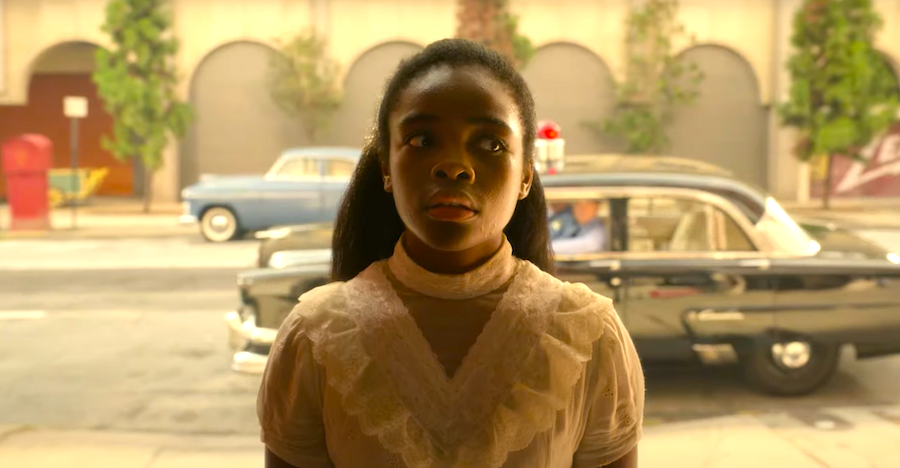 The Langston League has created an episode-by-episode syllabus for Lovecraft Country.

HBO’s Lovecraft Country is a strange and unexpected television experience, rife with arcane allusions, uncanny twists, and a wonderfully anachronistic soundtrack. I’ve never been much of a supernatural horror fan but I am as engrossed by the series as I am occasionally bewildered by it. Most of my confusion derives from the shifting, oneiric “logic” that guides the show, but it’s also rich in allusive historical detail drawn from the Black American experience.

So I was happy to discover this actual episode-by-episode “unofficial” syllabus created by the Langston League which seeks to “highlight the Black history and Black innovation(s) mentioned in and connected to #lovecraftcountry. We uplift the labor of Black authors, Black musicians, Black filmmakers, Black podcasters, Black artisans, Black leaders, and all the Black people creating mirrors.”

More specifically, these syllabi unpack and provide context for Lovecraft Country’s many historical allusions and references, and recommend multiple sources—podcasts, books, documentaries—to help interested viewers expand their knowledge of Black history (the better, one hopes, to understand how that history is at work in the present day). For example, episode one—“Sundown”—presents a harrowing scenario around the old Jim Crow designation of the “sundown town,” an arbitrary, quasi-legal curfew in any given jurisdiction used to justify horrendous and racist acts of murder and cruelty all over the country (not just the South). As the syllabus for episode one elaborates:

This episode reintroduces us to “Old Jim Crow” across region and state lines. We are shown sundown towns: all-white and segregated municipalities or neighborhoods in the U.S. that practiced racial segregation by excluding Black people via intimidation and violence, especially after the sun set. During one of the first few moments of the episode, Atticus gives the finger to a “Leaving Kentucky” sign, right after a bridge named after “another dead slave owner.”

A bridge like the Edmund Pettus Bridge that civil rights activists walked across on Bloody Sunday, named for an enslaver and Confederate soldier. A bridge like the Roebling Bridge that connected Kentucky and Ohio—only built on the promise that Kentucky would be reimbursed for every enslaved person who used the bridge to escape to freedom.

And while I understand for many TV is the best possible chance to escape the world’s mundane and ever-present horrors, might I suggest there’s nothing so escapist as a good research rabbit-hole?