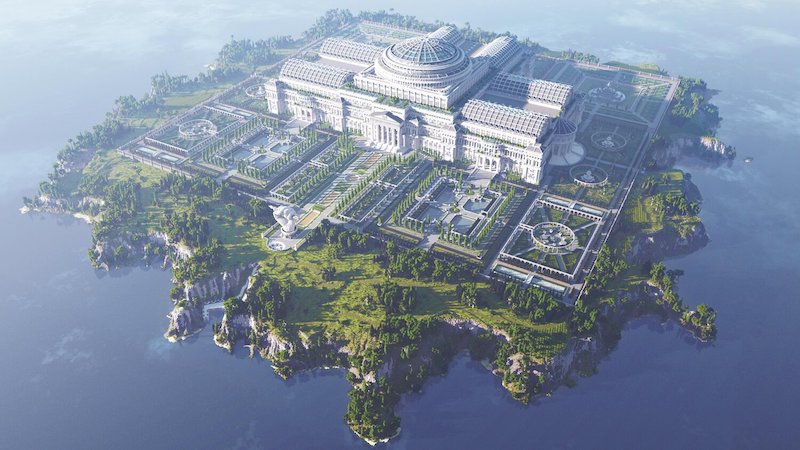 The key to dodging cyber censorship rules might be . . . a Minecraft library?

The Clio Awards, which recognize innovation in advertising, design and communication, have just awarded their grand prize to “The Uncensored Library,” a library that houses books and articles censored in their country of origin—a library built entirely in Minecraft.

Reporters Without Borders, aided by creative agency DDB Germany and production company MediaMonks, created The Uncensored Library while searching for loopholes to get around cyber censorship. Even in areas where websites, blogs, and free press in general are strictly limited, the “digital Lego” computer game Minecraft is still accessible to everyone—and highly popular, racking up over 145 million active players per month. Now, the Minecraft-based Uncensored Library is accessible on an open server for Minecraft players around the globe, filled with books containing censored articles, including the work of censored journalists Jamal Khashoggi, Yuliia Berezovskaia, Nguyen Van Dai, Javier Valdez, and Mada Masr. The books can be read by everyone on the open server, but their content cannot be edited.

Building a full library and its contents in Minecraft is a daunting task; so Reporters Without Borders brought Minecraft design studio BlockWorks on board to handle the build itself.  The library is made from over 12.5 million blocks, and took three months to build; said James Delaney, architect of the Uncensored Library and managing director of BlockWorks, “The Uncensored Library is a bold use of Minecraft. It really encapsulates everything that is great about this game and the community it has created.”

For more information on the Uncensored Library, visit its site or watch its video below: