This is a story about friendship and gardening and third acts in life. It began many years ago when I showed up at ­­­­­­­­­­­­­Warner Brothers for an eleven o’clock meeting with a producer I had been hearing about for years. There were so few women in the television business back when Andrea and I met that we were well aware of each other. Now we would be meeting for the first time.

I was there to discuss a book of essays she had sent me, one she was hoping to turn into a pilot for a television series. A pilot script is the template for the potential series, establishing the characters, the tone, and the plot lines which could be developed in further episodes.

Within a few minutes we both realized we had the same vision for the series and Andrea hired me. The script turned out well, but the friendship turned out even better. Over the years we worked together several more times, mostly on the TV movies Andrea developed and produced. A few times I stepped in to rewrite projects she had started with other writers. But it was our lunches which were the highlight of our friendship.

Once we discovered that the other was an avid home gardener, we spent most every lunch talking about vegetables and harvests and organic gardening methods. We found in the other that slightly insane dedication to growing our own heirloom tomatoes, greens of kale and chard in the winter, arugula and lettuce in the mild months, basil and peppers and eggplant in the warmer ones.

Over the years we exchanged seeds and home-grown seedlings, gardening tips we had acquired by trial and error, shopping gardening tools,  and our own personal success and horror stories—the ground squirrels that, one year, decimated my entire tomato crop before I could taste even a single one, the raccoons that dug up her raised beds looking for grubs, uprooting every vegetable seedling she had so carefully planted there. And we often spoke about using our love and knowledge of gardening to “give back.” Somehow. A few years ago we had reached that point in our lives where it seemed proper and necessary to contribute to something larger than our own careers. Even though each of us was still working, it was at a much slower pace, and soon, we both knew, our longevity and experience would become a liability as younger and younger people would be hired.

And then one day, Andrea called me with a proposition. There was a new charter elementary school starting in Lincoln Heights, an area of Los Angeles east of downtown. A friend of Andrea’s was the guiding force behind it, and on the day Roger was proudly showing her the site for the new school, Andrea noticed the flat, empty land surrounding the front entrance and casually remarked that it would make a great place for a school garden.

He didn’t miss a beat… “And you’re going to build it.”

Her first call was to me, “I’ll do it if you’ll do it.” My “yes” was said immediately and without any idea of how to accomplish what we had just committed to do. I knew how to work in my own home garden, but how would that translate into a garden program for primarily Spanish-speaking elementary school children?

We didn’t have much time to ponder the question because Roger had scheduled a “build day” on the upcoming weekend. He’d managed to find grant money and willing volunteers and on a Saturday scores of people built play structures for the kindergarten yard and sixteen raised beds for us.

And there we had it—pristine beds and soil just waiting for us. But what to do with them all? There was no one to ask. There was just the two of us and the waiting children. What had we gotten ourselves into? How should we start?

Well, milk cartons, we thought. We should ask the teachers to save the tiny milk cartons the kids received with their lunches. We could punch holes in the bottoms and use them as containers to germinate our seeds.

So, as each teacher gathered her cartons, Andrea and I came into one classroom after another with a variety of vegetable seeds for the kids to plant. It was October when our beds were finished and unlike the rest of the country which is just putting their gardens to sleep for the long winter in October, we, in Southern California, are gearing up for our second growing season—fall and winter. It is then that we grow carrots and lettuce and sugar snap peas and broccoli and cabbage and cauliflower and radishes, kale and Swiss chard and collards. Nasturtiums, we thought, because they were colorful and bloomed easily with loads of edible flowers. Wouldn’t the kids be interested in flowers you could eat? And sweet peas because they grew quickly and smelled so heavenly.

That first year, the year the school opened, we were working with only four classes—three kindergartens and one first grade. Roger’s plan was to add more classrooms each year. Now, five years into our tenure as “the garden girls” as the kids call us, we have sixteen classrooms and close to four hundred kids!

What started out as a vague desire to “give back,” has become a passion that anchors our week. The one guiding principle that has proved the bedrock of our commitment is that every child will have a personal, one-on-one experience with the garden. Andrea and I fell in love with gardening a long time ago and we wanted to give every child the same opportunity.

So we make sure that each student chooses the seeds he or she wants to plant and we supervise the planting of them into the milk cartons saved by the teacher. Then water monitors are chosen from each classroom to ensure that the cartons, which we place on a table in the play area, are watered a little every day.

Once the seedlings are up and strong, each child comes out to the garden with us and transplants their seedlings into the raised beds. And when the plants have grown and the produce is ready, every child harvests a bulging bag full of sugar snap peas, carrots, and nasturtium flowers and cilantro and celery, bok choy and Swiss chard and lettuce to take home to their families.

We’ve all come a long way. Andrea and I now know what we are doing—how many milk cartons per child is best (we started with four but have reduced it to two), when to transplant into the garden, which variety of broccoli yields the most florets, how to avoid having the beds overtaken by the super-strength nasturtiums, how not to have the carrots shaded by cabbage.

But with each kindergarten class we find we are starting over. Here are wide-eyed five years olds, just getting used to being in school. When we stand at the front of the classroom and ask which vegetables the children would like to grow, we hear a lot about watermelon and tomatoes and strawberries. It gives us an opportunity to talk about those vegetables which need a lot of heat and those that like the winter better. But then there was Juan Diego who threw us a curve ball. “Chicken McNuggets!” he called out in a ringing voice, “I want to plant them!”

And that was, apparently, all Juan Diego was interested in eating. He refused to try a radish pulled from the soil—“dirty!”—or the slightly spicy nasturtium flowers or a very sweet sugar snap pea or even a leaf of lettuce. He shook his head vigorously and often. But by the time the children have spent some time in the garden, things often change.

The next year as Andrea and I were walking towards Juan Diego’s classroom we saw a very sad child having a bit of a time-out in the hall, sitting with his back against the wall, looking forlorn and bored.

“Are you coming to our class today?” Juan Diego asked us.

We assured him we were.

We told him that we’d take him the next time we were at school but that didn’t seem to make things much better.

“Bring me back some broccoli?” he pleaded with us. “Pleeeaaassse!”

Our eyes met, Andrea’s and mine, and I think that was the moment we knew that we were in this garden project for the long haul.

Now when Andrea stays after school to work in the garden as she often does, she is surrounded by children, asking questions, eager to sample whatever is growing, shyly proud to show their mothers what they planted that day—“This is my carrot!”

Now in the summer when the children aren’t in school, the garden still flourishes. Andrea and I plant all the luscious summer vegetables—tomatoes and cucumbers, peppers and squashes, eggplants and summer herbs—and leave the garden to the school families. Mothers, fathers, grandparents, and the children water it daily and harvest the bounty. The school garden becomes a community garden and more families have fresh produce and more children learn the joy of growing their own food.

From a simple desire to share what we loved has come an enterprise that enriches everyone involved, most of all Andrea and me. There is nothing that warms our hearts more than the questions we get every time we arrive at school: “Is it our turn?” “Are you coming to our class?” “Can we go to the garden today? Pleeeaase!” The children tell us every week that we are doing something worthwhile with this stage of life, our green and organic third act.

Deena Goldstone is the author of the short story collection Tell Me One Thing and a screenwriter who has worked in feature films and television movies. She lives in Pasadena, California with her family. Surprise Me is her first novel.

On the Anniversary of Ethel Rosenberg's Execution 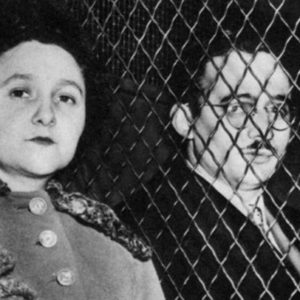 On the Anniversary of Ethel Rosenberg's Execution

This week marks the 63rd anniversary of Ethel Rosenberg’s execution. My latest novel, The Hours Count, reimagines the years...
© LitHub
Back to top