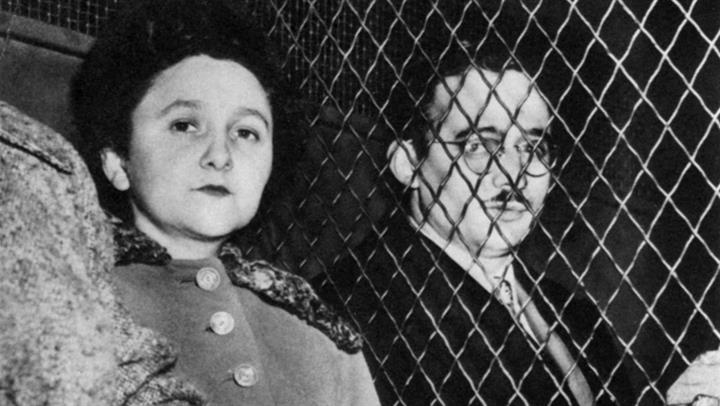 On the Anniversary of Ethel Rosenberg’s Execution

Remembering a mother and her sons

This week marks the 63rd anniversary of Ethel Rosenberg’s execution. My latest novel, The Hours Count, reimagines the years leading up to her arrest and death from the point of view a fictional neighbor. It’s based on the true historical events surrounding what happened to Ethel in the late 1940s and early 1950s, but at its core, it’s a story about motherhood. Ethel’s sons were only six and ten when she was executed on June 19, 1953. In the last letter she wrote to them on the morning of her execution, she implored them to always remember that she was innocent. As I was doing my research, I came to believe not only that Ethel really was innocent, but also that before her arrest in 1950, she was a deeply devoted mother to her boys. Reflecting on everything I know about Ethel, on the sadness I always feel about her being taken from her kids, I started to think about why I first wanted to write about her and my own experience as a writer and mother to two boys.

Ethel’s sons were three and seven when she was first arrested in 1950 and effectively taken away as their mother forever. Before then, her entire world seemed to have revolved around them. Ethel took parenting classes; she made a recording of her voice for her older son to listen to while she was in the hospital giving birth to her younger son so that he wouldn’t miss her too much, and she even put her older son in therapy to work out some issues, quite progressive for her time. I realized that she never got to the point of motherhood where I was while writing the book, where the balance between being a mother and pursuing my own work and life had become just a little easier. That Ethel never got to see her sons grow up fills me with overwhelming sorrow.

I didn’t really become a writer until I became a mother. When my first son was born, I put aside a novel I’d been revising for years, that had been rejected too many times to count. He was a difficult baby who cried a lot and never wanted to sleep. I spent all day with him; I taught community college classes at night. And I gave up on writing altogether.

But eventually my son did stop crying, started sleeping, and started talking. That’s when I realized that someday in the not too distant future, he would ask me things. He’d want to know what I did, what I loved. And I didn’t want to tell him that I was a failed writer. So when he was a little over a year old, I pulled my stack of rejection letters and the novel out of its drawer, reread all the many, many reasons for rejection, and went through the novel again, revising it with fresh eyes in the few quiet hours a day when he slept.

Every day back then, it was a conscious effort to be a writer. I had another baby and then I had two boys under the age of three at home with me, but I had to keep writing. I wrote during naptimes, and Sunday mornings while my husband was home and in charge of the kids. There were many weeknights I’d put the kids to bed by 7:30 and write until midnight, often to get up at 6 am the next morning, when the kids woke up. Writing was hard; mothering was harder. And yet, I loved them both. My children gave me endless joy (and sometimes frustration), as did the words on my computer late at night. And somehow by the time my kids were out of diapers, I’d published two novels.

These days, the balance between my writing life and my mom life is not what it was when my kids were babies and toddlers. I am very protective of weekday school hours for my writing time. They are my writing hours, no matter what. I don’t volunteer at the school, or go to PTA meetings, or schedule other things during the school day. But I do stop writing at three o’clock each day when I pick the kids up, and I am very protective of my time with them as well. When they get home from school, I’m their mom. Sometimes I look at them and I’m shocked by how big they are, how old. Wasn’t I just struggling to find a few quiet minutes to eke out a paragraph?

In real life, Ethel left her children in the care of a neighbor on the day she was first arrested. The Hours Count is narrated by a fictional version of this neighbor, Millie Stein, who is also a young mother. Millie’s son, David, would, in my mind, be on the autism spectrum today, but as the novel takes place in the late 1940s and early 50s, Millie is blamed for his strange behavior. Over the course of the novel, Millie and Ethel form a friendship, bonding over their struggles and triumphs as mothers. Though it was a different era for motherhood than it is today, I believe that inherently there were still many similarities. Ethel and Millie wanted what we all want: to love and protect our children.

In The Hours Count Millie says, “What surprises me most is the way the days sometimes feel so long and yet the years so short. It’s all the hours between that count. All the endless weary and wonderful hours. . .” I never understood that expression myself until recently. My oldest son is now, unbelievably, eleven, and I’ve become that writer I wanted to tell him I was when when he was a baby. I’ve also spent countless wonderful, and sometimes weary, hours with my boys, playing games, doing homework, reading books, telling jokes, watching movies, and just being there when they need me. The older they get, the more I realize these chances, this time with them, is fleeting.

I still think about Ethel often. I think about how she was executed based only on her brother’s testimony that she typed up notes, testimony he later admitted was a lie. About how she was taken so violently and horribly from her sons. About how she never got the chance to see them grow up, to have all those hours with them. And I remember to be grateful that I get to both do what I love and be with my kids.

Jillian Cantor has a BA in English from Penn State University and an MFA from the University of Arizona. She is the author of award-winning novels for teens and adults, including, most recently, the critically acclaimed The Hours Count and Margot, which was a Library Reads pick. 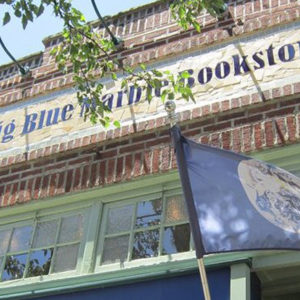