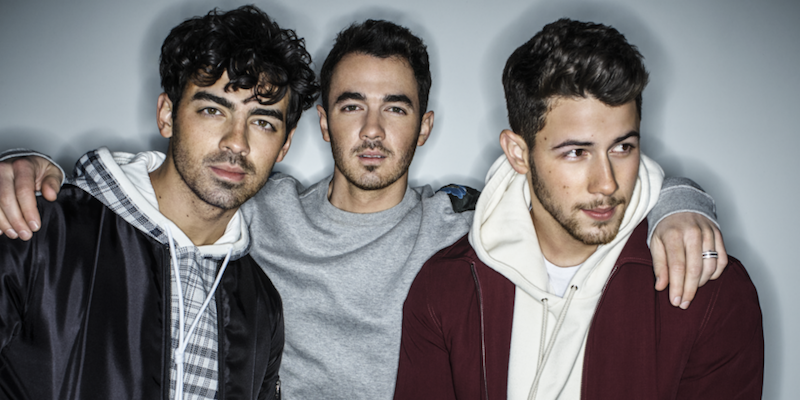 Oh yes, you read it right: the Jonas Brothers—sometimes known as the husbands of Priyanka Chopra, Sophie Turner, and the founder of the Jewelry company Moments—are writing a memoir, which according to Publishers Marketplace will tell “the true story of the Jonas Brothers, from the band’s creation, phenomenal rise to superstardom, break up at the height of their fame, and now reunification.” Feiwel and Friends will publish Blood—co-written with Neil Strauss (who also co-wrote The Dirt with Mötley Crüe)—on November 12th. In somewhat related news, their new album, Happiness Begins, drops June 7th.

“We’re three brothers from New Jersey, and we were not supposed to be successful,” Joe Jonas said in a statement. “From record labels dropping us to our dad losing his job over us, this shouldn’t have happened or lasted as long as it did. Yet here we are, more excited than ever, and we’re so grateful and ready to tell the full story of the journey we’ve had as individuals, as artists, and as family.”