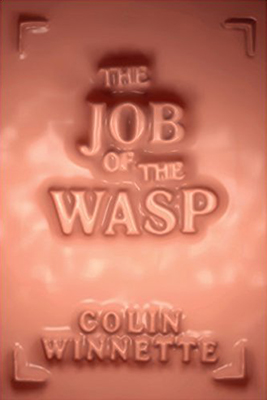 The following is from Colin Winnette’s novel, The Job of the Wasp. After losing his parents, a young boy is sent to an orphanage run by a creepy headmaster and filled with violent young men. Colin Winnette is the author of several novels, including Revelation, Animal Collection, and Fondly.

Upon my arrival at the facility, I was asked what I hoped to get out of my time there and how I planned to make myself useful. The sign out front described the building as a school for orphaned boys, so I said my hope was to get a good education, three square meals a day, a place to lay my head, and, in return, I was happy to help out in any way I could.

“This is not a school,” said the Headmaster, whose nose was like a mushroom, somehow both silly and threatening. “It is a temporary holding facility with mandatory educational elements. You will be held until you are far enough along to care for yourself. No longer, no less. You will work, along with the other boys, to earn your room and board. You will be provided for, but you will not be comforted. Even if I wanted to comfort you, we have been forced by the economic realities of our situation to live simply. Add to that the fact that, by taking you on, we are now at a whopping thirty-one students, one beyond our maximum capacity as stated in the materials I’ve presented to the state every semester for more than ten years running. And yet here we are, facing what will likely prove to be one of our most difficult terms in all respects, I am sure of it. Run a facility as long as I have, and you start to develop a nose for these things.” He pulled a sheet of paper from his desk drawer and tore it in half. “Regardless, we will clothe you, feed you, and provide you a bed. You’ll receive a standard education. Nothing fancy. Enough to get by within these doors. But as far as things go out there”—he pointed toward the heavy oaken doors that had been barred behind me when I walked in—“as far as that goes, you will be on your own.”

“You’ll have various duties,” he said. “You’ll like some of them and you won’t like others. You’ll do all of them equally well, because if you stop, or start doing the job carelessly, we will find something else to do with you. And every time we have to reassign you, you will like your new job less—that I can promise you. So do your first job well and you will be as happy as you can possibly be. Do you understand everything I’ve told you so far?”

“Good,” he said. He rose. “It’s possible you’ll like it here. It’s also possible you’ll hate it. We’re not in the business of guarding memories, only of keeping you from sliding into a lesser existence. You’ll have everything you need and a few things more. You will get by. What do you say; will that suffice?”

“Have you always been so agreeable?” he said.

He eyed me for a moment, then waved me on. It was my belief that our first meeting went well.

At dinner, we were served pork and spinach. It was simple but sat well together on the plate and had a pleasant smell. I nodded as another boy told me that the pork was so tender because the pigs were fattened on the flesh of new boys who could not fit in. His speech was practiced. He had heard it from someone before him, or he had given it many times. He was handsome, I decided. He had little else to say that wasn’t about the book he was carrying with him. I hadn’t read it, or any of the books he compared it to, because I have no taste for fiction, so I found it harder and harder to listen to him.

The boys around us flinched. They seemed to hiss through their teeth.

“You should focus on having a shower,” said the bookish boy.

I was in damp and muddy clothes, it was true, and my trouser leg was torn. But I’d been instructed to report directly to the dining hall where dinner was being served and so hadn’t been able to tidy up or bathe.

“Did you know,” I told the boy, “that we are now one person beyond capacity? The Headmaster instructed me to report back if I had any thoughts on who we might be able to send packing. Anyone who might fare better on the streets than in a

civilized facility. There are only so many beds, and there is only so much you can teach a person.”

I accepted what he had to say, and he added nothing more. We were not given salt, only a fork and a napkin. When I was given the fork and the napkin, I was instructed not to lose them. The napkin, I was told, was to keep my uniform clean of pork and spinach once it had arrived. Outside of their providing the napkin, any spills or stains were mine to deal with, and stained uniforms were unacceptable. My measurements would be taken in the morning and I would receive a uniform within a week. Most of the other boys did look sharp. I was looking forward to the uniform, and to blending in.

“You will work, along with the other boys, to earn your room and board. You will be provided for, but you will not be comforted.”

An aging wooden frame draped in ivy, or some reaching plant like ivy, arched over a brick path that led us from the dining hall after dinner. The ivy held small buds that would blossom in spring, I guessed. I didn’t know much about plants, their names or behaviors, but I still enjoyed them.

We had half an hour for recess, and we were to spend it on a rectangle of muddy yard that sat behind the dormitory. A row of saplings articulated the border of our scrappy plot, and at the far end sat a faded blue gazebo.

I inspected the ivy and its buds on the trellis while the other boys played a running game in the dirt. Something put a boy on the sidelines and something else would draw him back in. I was unfamiliar with the rules and was not invited to play, but I did not feel excluded. The game had fallen habitually into place, as a matter of course, and I wasn’t yet part of their world.

After recess, we were instructed to study in our rooms. Mine was small but serviceable. It featured a window, a dresser, and a desk. A small bed. A lamp with a green glass shade. I felt like a young professional. A young man setting out to make something of himself in the world. I felt suddenly heartened and hopeful. There was a stack of paper in the desk drawer, along with

two pencils. I’d been given nothing to study yet, so I drew pictures. Everything that came to me was violent or bloody. I drew ghosts and soldiers and some things I did not know. I tore up the pages when I was done and put them in a waste bin by the bed.

Before lights-out, the boys all stood in the hall and sang a song together. I did not know the words. Those I could decipher had little meaning to me. From what I could tell, it was a song about loyalty and pride. I thought about this and realized that at that point in my life I was loyal to no one and felt pride for nothing. It was something I hoped to change.

I did not sleep well that first night. In the dark, the room felt like a grave. I heard laughter from outside the window, but only for a moment. I looked and saw nothing out of the ordinary. For the rest of the night, I sat up, waiting for it to happen again.

In the morning, I was called to the Headmaster’s office. A small man in suspenders and a striped white shirt was there, and I was made to stand on a stool. He brought up my arms and spread my legs. He gripped each and every part of me, grumbling to himself. The Headmaster was at his desk, drawing on two halves of a torn sheet of paper. When he was finished, he placed one half in a drawer by his right knee and crumpled the other half in his left hand. He held the crumpled paper in a fist, which he gently pulsed as he watched the small man grip me.

“You’re fatter than boys your height should be,” said the small man.

“I thought you were an orphan,” he said. He stepped away from me, inspected my feet, then stepped back in to grip some more.

“Do you have what you need?” said the Headmaster.

“The pants will have to be large in the waist, so they will look baggy around the legs,” said the small man. “There’s nothing I can do about it. I have too much to do to take on customized work for every fattened orphan sent your way.”

“I don’t mind if they’re baggy around the legs,” I said. “Depending on how baggy they are,” said the Headmaster, “it will be fine.”

“I don’t know how baggy they will be just yet,” said the small man. He had drawn a notepad from his back pocket and was sketching something.

“I don’t mind if they’re baggy,” I said again. I brought down my arms.

The small man stepped forward and raised my arms once more.

“If they’re too baggy,” said the Headmaster, still pulsing the crumpled paper, “we will send them back.”

“I understand that the pants will be somewhat baggy,” said the Headmaster, “but if they are excessively baggy, we are going to send them back.”

“You’re not getting it,” said the small man. “The boy is fat. He needs a special waist. It’s a grown man’s waist. He does not have the legs of a grown man. The pants are going to be baggy, and they will be too long. I’ve never seen an orphan so well fed.”

“Send the pants,” said the Headmaster. “Send pants that he can wear.”

The small man left in a huff, leaving the door ajar.

“He’s a pervert,” said the Headmaster. “Don’t pay him any mind at all.”

From The Job of the Wasp. Used with permission of Soft Skull. Copyright © 2018 by Colin Winnette.

Dear Rick Moody: Half My Family Knows the Truth About Me 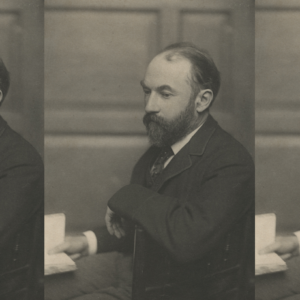 Lit Hub Daily: January 11, 2018 Do audiobooks count as reading? Writer James Tate Hill fell in love with literature as a visually impaired teen, and wonders...
© LitHub
Back to top