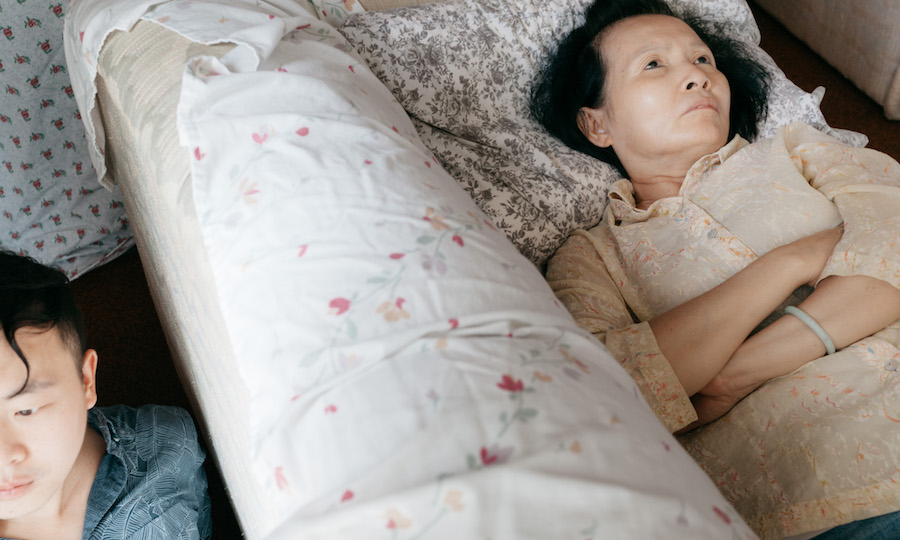 Dear Rick Moody: Half My Family Knows the Truth About Me

A Son Wonders About Coming Out to His Mother

My mother and I have a near-antagonistic relationship, separated by language, distance, and cultural differences. The time we spend together is when we photograph each other for my picture-making. For her, the experience remains a mystery but there’s an understanding that it is important, somehow.

At times, homophobic remarks belong to her voice, and I refrain from revealing my sexuality to her. I grew up without a father—I relate to Wonder Woman and Buffy Summers the most. Thus, it’s important for me to retain some sense of relationship with my mom.

Only a few family members know; each agreeing to hide the truth from others. We simply just don’t talk about our problems. Fist fights erupt. Words are thrown. Cones of silence are made. And shunning follows.

Recently, my father has made a return and revealed to my sister he knows I am gay. And that he’s okay with it. I’m afraid and know the opposite with her.

The truth is the thing that wants to be known.

The politics of the moment, even when they are entirely propagandistic, traffic in the truth eventually. There is no disputing the truth, because it is the thing beyond dispute. It will be manifest. Nietzsche says, in Beyond Good and Evil, “Supposing that Truth is a woman—what then?” And what I imagine he means is that there are valent aspects to the truth, too, ways that it resists easy conceptualization. There are ways that the truth is not phallic and righteous but is contrarily more serpentine and in the process of being revealed. As in the case, e.g., of Buffy Summers. Indeed, these are the most rewarding truths, the ones that are totally opposed to the phallic and righteous. And when you think you have stumbled on the truth, it is sometimes the case that there is more to be unfolded, more colors, more ramifications. So saying “Truth is a woman” is to say that what the truth is (a shimmering truth, a truth both particle and wave) is a thing that exceeds our expectation and certainty, such that even a sentence like “Truth is a woman” seems in this formulation not to be essentialist gibberish, but an example of an embodiment of a thing that we both know and can’t completely put our hands on. Truth is the vessel that evaporates before your eyes. It is “yet to be won,” but everywhere in the process of unfurling.

So what is the truth within the loving kindness of family that is sometimes not so loving at all? Truth in a family is like a rope on which the various disputants tug, at opposite ends, in a battle for the ability to conceptualize the truth, to lay claim to its particulars, to aspire to control at the expense of others. As long as everyone agrees to hang on to the rope, no one has complete control. But it’s hard for people to accept a democratic model of the family. First this group, and then that group of family members wants to obliterate those other narratives, and at various moments certain family members align themselves with certain stories, but then, in pyrotechnical outbursts, they change sides, and with them goes the power and control and the monopoly on what constitutes the major themes of a particular family. This dynamic is never stable, though it may appear to be stable for a while. There is always the flux of family, the mercurial qualities of family, the fact of change. Change may be one of the great truths of family life. Decades can go by where the dynamics are unyielding and it seems it will always be like this—here is one generation and it’s like this, and here’s another generation and it’s like that, but then the status quo may be upended in an instant. A proverbial blink of the eye is slow motion by comparison. I have seen a sudden death change an entire family overnight, never to be as it once was. Change is that truth par excellence.

You demonstrate this piece of it, the changing essence of truth, in the last paragraph of your letter, when you mention your father, and his acceptance of your sexuality. This is great news, your father being your father and meeting you where you are, even if it remains to be seen, as yet, whether his actions will speak as supportively as his words. It is great news, however, because it indicates the possibility of change in even the most difficult circumstances. It’s for this reason that it’s worth living in hope. In the absence of further data, it’s always worth living in hope, because to believe otherwise is to insist on forecasting negatively, and this malodorous variety of certainty is just a lot less agreeable to be around. 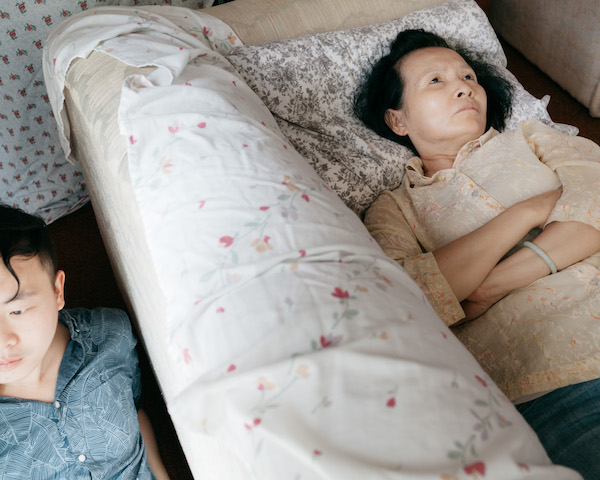 The ritual of photography in this life situation you describe, with yourself and your mother as subjects, is important, even essential. In part, this is because of the contested history of photography as a documentary medium. The photograph operates in double trust, as both Roland Barthes and others tell us (Avedon: “All photos are accurate, but none of them is the truth”); photography both captures what is (a record of the light at a specific moment), and it captures a desire, a kind of inchoate and ephemeral desire that can come from stopping time, paralyzing narrative in the midst of unfolding, but implying narratives at the same time. In this way you document your relationship with your mother, and subject it to the conceptual apparatus of longing for completeness and wholeness within the family, though you know, as a documentarian, that this longing is far out on the horizon, not yet in the state of ultimate fulfillment.

The photographs of your mother, which are so remarkable in part because of how they dramatize cultures that are different, indicate the way that truth might come to be. There are implications of your sexuality and your Americanness in them. The photographs both document what is—cultural and generational difference—and the longing for it to be otherwise. Your mother cooperates with the images, that is one unassailable truth, she subjects herself to your cultural flux. For example, in the photograph of her lying on the bed next to you (with you, but separated from you) her compliance, which is complex and mixed, both in the image and in resistance to the image, is a sign of love and fealty, she looks like she knows exactly what she’s not agreeing to while she agrees to it. This paradoxical action is exactly the mark of your photograph.

Or: part of what is happening in the photography of Tommy Kha is a recognition of the historical present. Part of what’s happening is the documentation of Asian-American experience in the historical present, through a prism of immigration and assimilation; part of what’s happening is a struggle against the invisibility thrust upon the Asian-American community. Part of what’s happening is a powerful sense of estrangement from occidental (heterosexist) hegemony, and an understanding of its omnipresence and flim-flammery in your own struggle and loss. This work is so smart, and so sad, so beautiful, so moving, and it’s an indication of how much you know about where we are, and who you are. Your truth-telling is rigorous and aestheticized, and important and slippery.

Rick Moody the Life Coach supports your being exactly who you are, whenever you are, and wherever you are, and honestly believes that trying to be otherwise, if indeed that is what you need to do around your mother, is a thing that cannot endure endlessly, that will collapse at some point, like the chrysalis shredding open wherein it is revealed that the caterpillar is no longer. You could get ahead of this revealing if you like. There is a great literature of awakening to support you. There is the support and love of friends. (I count myself as one!) I suspect you are choosing a more nuanced path, and I support you in this too. Despite all the supercharged political discussion of how and when to come out, it still is, at the end of the day, your decision, your narrative. Even the most militant and admirable and politicized voices of the gay community have their secrets. Everyone does, at one point or another. It is up to all of us to outgrow our secrets, whichever we keep, or to unburden ourselves when the occasion can offer the most growth for ourselves and those around us.

The main thing here is the beauty and depth of the photographs, and, it bears mentioning, the tremendous life both in your face, as depicted, and in your mother’s face. It is, of course, what you see with the camera. You see, for example, her journey, and you linger over it, over her ordeal of being here, in this place both forgiving and unforgiving, and perhaps it’s because you see her in this way that you have given her the gift of a little ignorance. You don’t have to do it forever.

All respect and admiration,

From Calcutta to Jersey and Back Again, an Epic Immigrant Journey 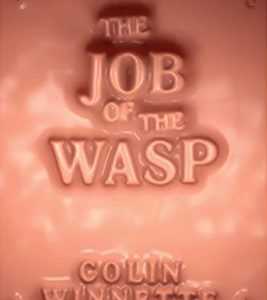 Upon my arrival at the facility, I was asked what I hoped to get out of my time there and how I planned to make myself useful....
© LitHub
Back to top
Loading Comments...