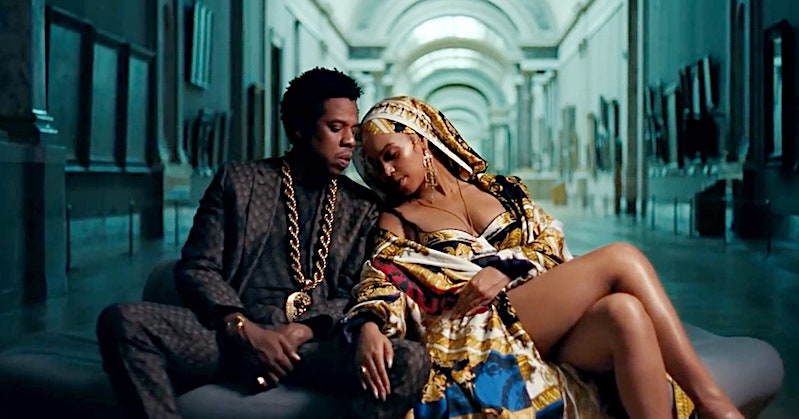 Alexis Boylan on What It Means to Understand an Image

While it is now cliché to say that a meme, image, or film “broke the internet,” for a large population of people the internet was not just broken but quaking when Beyoncé and Jay-Z dropped the video for their 2018 single “Apeshit.”

Depicting the celebrity power couple engaging the Western art canon and its many exclusions in the Louvre in Paris, the video went viral instantly and just as quickly generated dozens of think-pieces about art, race, power, and the ability to manipulate and even reinscribe museum spaces in the spirit of movements such as #blacklivesmatter and #decolonizethismuseum. Reading lists, art history lessons, and crowdsourced syllabi proliferated. And every art history/visual culture major in the world finally felt some justification in their educational choices.

Yet, at the same moment, there were likely a very large group of viewers who did not understand what the fuss was about. It was a fairly typical music video, featuring the artists’ undeniable style and gravitas, amazing clothes, and incredible dancers in an opulent setting. If you didn’t know the space already or weren’t looking very hard, you could miss that the video was filmed at the Louvre, one of the most famous and arguably most important museums in the world.

If the viewer did not know the Louvre, what it looks like, what art is housed there, and perhaps even more importantly what art is not housed there, the video lost much of its radical power and racial rescripting.

Visual culture only has its full meaning if the context is clear, if the symbols reach the viewer. While you might have understood the moment Beyoncé and Jay-Z stand with the Mona Lisa between them as cool, if you did not realize they were really filming in the Louvre and the picture between was the real Mona Lisa, much of the impact of the visual was lost.

Thus, while there has been an enormous expansion of the field of visual culture, “knowing” is still the field’s great anxiety. In the classroom, the most frequent phrase I hear, uttered in total frustration and despondency, is, “I just don’t get it. Is there something I’m supposed to see here?”

Visual culture seems implicated in this fear of not getting it, not seeing what you are supposed to, not being included: visual culture as #fomo. There is a whole genre of books that aims to teach audiences how to see: more creatively, more actively, with better perception. “Visual intelligence” is becoming its own self-help category, one that offers nothing short of “changing your life” and “art as therapy.”

Even if you don’t “know” who Beyoncé and Jay-Z are and why they are in the Louvre, we can start thinking about visual culture by asking why those particular images were made in a particular way.

Additionally, there is great anxiety in this particular historical moment about the changing conditions of visual culture: what it is, who controls it, how it is used to control us, who gets to study it, who makes money off it, what its boundaries are. We are repeatedly told that we live in the age of the visual, that we are overwhelmed with images and choices of images; almost weekly there are reports about how the visual and screens are shifting our cognitive abilities and destroying our perception and concentration.

Yet what if this vexing “problem” of too much visual culture is not a problem at all? What if too many images and too many people talking about the visual are the heroic outcome, and not the declension, of the story?

This more optimistic and open version of visual culture has been articulated before. Mirzoe , for example, suggests that in order to define “visual culture” we need to heed the questions more than the objects. What he means here is that we need to not get so hung up on the thing, the art, or the image that we miss the bigger questions and problems, and thus the bigger story.

What happens when the visual pushes back against our stories? Images want things from audiences, and they can take them, aggressively and very often without consent. More and more neurological and psychological data suggests that people are powerless not to see and not to narrate what they see in ways that are externally triggered. Even this “data” is tied to previous ideas about perception and coercive capitalist imperatives. Can we even know what we want from images, or is all of this wanting predetermined for us?

Whichever way one turns, there is no clarity on the meaning and power and boundaries of visual culture. The desire to understand every image, to see it all clearly, to muster the cognitive control to override visual coercions is folly. Around all of us, images demand from audiences, they want audiences to commit.

This commitment is complicated as it implicates audiences in vast systems and symbols that no one can fully grasp all of the time. It is impossible to know the origin story of each image, to know what every allusion refers to, to get the power dynamics in every representation. More important is to drill down to what the visual does to us and what we do to images.

This is to say even if you don’t “know” who Beyoncé and Jay-Z are and why they are in the Louvre, we can start thinking about visual culture by asking why those particular images were made in a particular way, how the visuals collide with each other, what bodies are seen or made invisible, and what the relation is of the bodies to the images they stand next to.

Finally, why are two people braiding their hair in what looks like a museum? Asking these questions gets us far closer to the meaning of the video than simply “knowing” could. These questions pull us to the urgent questions of visual culture: what is real, what is lasting, what do we deem precious, what are our obligations to see each other, can we ever understand the world around us and the spaces we share? 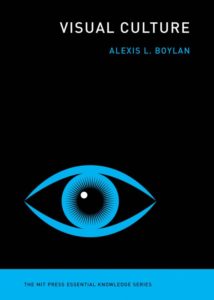 Excerpted from Visual Culture. Used with the permission of the publisher, The MIT Press. Copyright © 2020 by Alexis L. Boylan.

Alexis L. Boylan is Director of Academic Affairs at the Humanities Institute of the University of Connecticut, where she is also Associate Professor in the Art and Art History Department and Africana Studies Institute. She is the author of Ashcan Art, Whiteness, and the Unspectacular Man.

John Giorno: Fighting the Battle of Gay Liberation in a Homophobic World 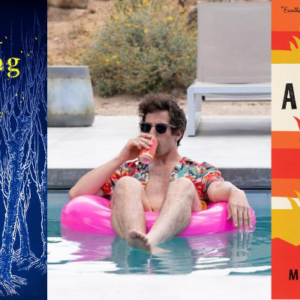 This month I'd like to recommend Dirty Dancing which, to my eternal shame, I had not seen until just last week. It is, of course,...
© LitHub
Back to top
Loading Comments...