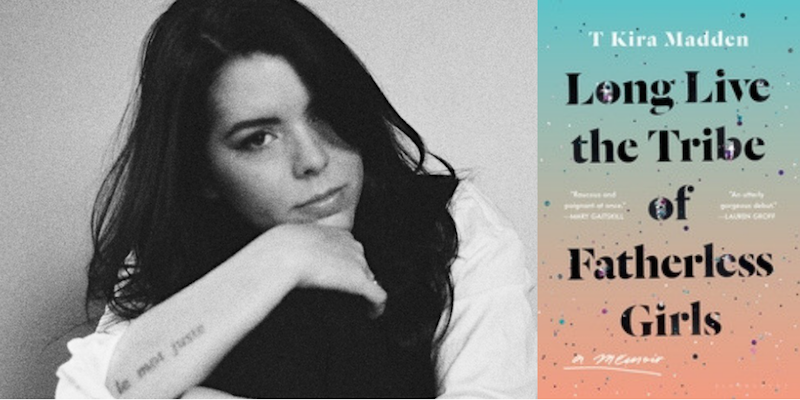 This week, Autumn and Kendra talk with T Kira Madden about her memoir Long Live the Tribe of Fatherless Girls, which is out now from Bloomsbury.

Autumn Privett: The title of the book [Long Live the Tribe of Fatherless Girls] was one of the things that really drew me in. Can you talk about how you landed on that?

T Kira Madden: The title of the book in my heart and my mind was always The Rat’s Mouth, which is the translation of Boca Raton, which is where I’m from, and I just really liked the grit and the teeth of that title, and the irony that this really vain, strange town is called The Rat’s Mouth. That was the idea. My agent hated it from day one, and we brought it to Bloomsbury, and my editor Callie Garnett had a great point: she said that title felt more like a punchline that closes down, and we needed to find something that opens instead of closes. That really resonated with me, so we also worked with the title Tell the Women I’m Lonely, which is the title of the last section, and that’s also a title I really loved for multiple reasons, but my editor felt it skewed a little too sad or too negative.

And everyone kept clinging to Long Live the Tribe of Fatherless Girls, their reasoning being that it felt more triumphant and had more spirit to it. I fought it for so long; I said that it was too long, that no one would remember this title. I didn’t think it was going to work, but in the end they won that battle and I’m so glad they did. I emailed my editor and said “you were right.” People were finding the book through that title because they felt part of that tribe, and something about it resonates with people, and people are remembering it. So I’m really grateful to have been wrong about that title, and I can’t imagine it as another book with a different title now. It just feels like it’s always been Long Live the Tribe of Fatherless Girls.

AP: You brought up an interesting point about talking to your brothers and your mom about writing the book. Writing a memoir, especially, you’re taking about your family members. How did you go about getting permission or asking to tell their parts of the story as well?

TKM: It was a complicated process. I’ve been pretty lucky, though, I must say. It’s been a long, scary, complicated process. And I take my job as a writer—and my new job as a nonfiction writer—very seriously, and I’ve tried to really honor each person in my family and really break down what matters to me with each person in the book. Understanding who I want to ask for permission, for example, versus who I just want to show the piece to and ask, what do you think of this? Do you think I’ve done right by you? And asking those questions rather than asking “can I write about this or not?” That’s dangerous territory, if it’s your experience, and it’s something you want to write about, I do think you own that experience and that it’s yours to write.

Early on, I learned not to ask permission if I didn’t mean it. I think it was my therapist who said, “what happens if they say no? Does that mean you’ll stop writing it, or cut it?”

And I thought no, of course not. So I stopped asking, with the exception of my mother and my brothers. If they didn’t want me to include something, I wasn’t going to; they’re too important to me, and it wasn’t worth it. But I was really lucky that they have been very supportive and understanding and patient, especially my mother, who’s read every draft from the very beginning pages to where it is now. She’s read it so many times and even the most difficult parts, I’d ask her very frankly, would you like me to cut this? And she’d think about it and say no, it’s your experience and it needs to be in there and it feels true. So I just feel very fortunate that they’ve been so open-minded. And in many cases, the asking is scarier than the reading of it; I was hoping I could render things through writing that I wouldn’t be able to articulate in the ask, so showing it to them after writing it, and getting their reactions, made it a little better on my part.

The Impossibility of Finding a Place to Write in New York 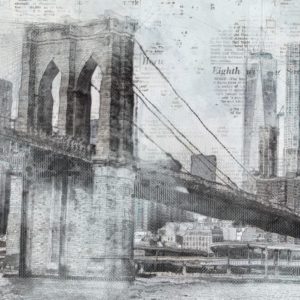 By the mid-1800s, Brooklyn was one of the leading manufacturers in the country for a wide range of products, from sugar,...
© LitHub
Back to top