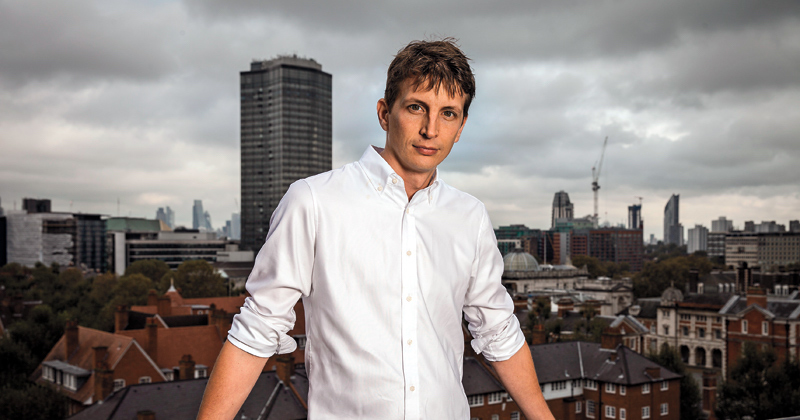 Cast your mind back to the fall of 2013. Benedict XVI has recently resigned as pope. Edward Snowden has just made his seismic disclosures. Croatia has become the 28th member of the European Union. And volcanic mega-producer Scott Rudin has picked up the film rights to a 1970s New York-set, 900-page doorstopper of a novel by Garth Risk Hallberg that doesn’t even have a publishing deal yet.

Within a month of the Rudin acquisition, Hallberg’s debut novel became the stuff of publishing legend when it was bought (at a two-day, nine-bidder auction) by Knopf for an unprecedented $2 million. Now, in order to earn back that gargantuan advance, Knopf had to generate an enormous amount of advance buzz. The novel was heavily promoted to booksellers the length and breadth of the country, an 18-city tour was planned, profiles were orchestrated of Hallberg in Vogue and New York magazine, and there was even a book trailer (remember book trailers?) with an original song by the Walkmen (RIP). City on Fire was, by any metric, the most-anticipated debut of the year.

And, as I recall, the book did reasonably well. The reviews were mixed overall, as you’d expect for such a high-profile release, but there was certainly plenty of praise amid the critiques. It didn’t do Where the Crawdads Sing numbers, but it did get as high as No.5 on the New York Times bestseller list. As to whether, six years on from its publication, City on Fire has made back its advance, I don’t know. I’m sure Knopf, like the other eight action bidders, were hoping that the Scott Rudin-produced film adaptation would eventually come to fruition and boost book sales down the line.

Unfortunately, despite some promising rumblings, the movie never materialized. At some point in the late 2010s the film rights expired and it seemed as if, like A Confederacy of Dunces and The Corrections before it, City on Fire was yet another prominent American novel doomed to live out its days in development hell.

Doomed, that is, until now.

Yes, it would seem that the Hollywood flame for Garth and his opus has been reignited. Deadline yesterday reported that Apple has given a series order to City on Fire, which will be the first to hail from Gossip Girl creators Josh Schwartz and Stephanie Savage’s first look deal with Apple under their Fake Empire Productions banner. Schwartz and Savage will write all eight episodes of the first season, and will also serve as showrunners and executive producers.

I guess I’m gonna have to go read the book now.