A new poem by Claudia Rankine

I’m sitting across from the distinguished poet Claudia Rankine whose Citizen: An American Lyric has transformed the lives of hundreds of thousands of readers, including my own, since its publication over two years ago. Casually, she picks up an old notebook and out falls a poem written in response to the national discussion around healthcare, written a year before President’s signature piece of legislation, the Affordable Care Act, aka Obamacare, would be signed into law. Reading it today, I hear encapsulated prophetically not only the most recent events of Donald Trump’s horrifying victory but his reverberating campaign promises for ObamaCare to be repealed (and replaced?) as the first order of business; even perhaps, claims Trump’s team on Inauguration Day.

The title of Rankine’s poem continues to reverberate for me: “health,” “us”—these simple words that continue to be in the 21st century the most politicized and contentious of signifiers. Whose health? Health for and from what? US, like the United States, us like the millions who signed up for healthcare for the first time, including myself? Or us: the black, brown, native, Latinx, queer, trans, Muslim and undocumented lives that this election cycle and last Tuesday’s news yet again make vulnerable. The poem, now, inevitably reads elegiacally, mournful—as if the hope signaled by the rhyme of “sanity,” “humanity” and “possibility” was finally “ready.” The precarity of the poem’s civic faith reads both ways: what was granted can now be taken away. To read the poem in November 2016 must mean then, among other things, to look to the “precarious commodity” as still possible. This poem means we must begin again.

THE HEALTH OF US

We heard health care and we thought public option
we thought reaching across the street across the lines
across the aisle was the manifestation of not a red state
not a blue state but these united states we thought
we could be sure of ourselves in this one way sure
of our human element our basic decency
and if justice was how love showed itself in public then love
was defined by access to care when someone anyone
thought that cough that burned the chest
was probably nothing but who knew that fever
after three days that inability to breathe to sleep
to wake in justice in love we thought
we were ready to be just as good to be better
and despite all the ways we exist alone no one
would be on their own we were ready to take a stab
at a kind of human kind of union we were ready to check-up
to look after in this one way we were ready
to care for each other we were ready to see
our range of possibilities as a precious commodity
to know every other as another to live in the width
of our being and we weren’t ignorant or stupid or naïve
or idealists or socialists or communists or Canadians
we understood the private options would still keep us
alive longer we understood the private options
would treat the disease not the symptoms
the private options meant access to specialists
to privacy to elective procedures to a team of doctors
to radiology imaging to brand-name drugs we understood
the impossibility of real equality but this single shift
toward a national community we thought
despite being founded on genocide and sustained by slavery
in God’s country we thought we were ready
to see sanity inside the humanity we thought
the improbability of the face on capitol hill meant possibility.

Claudia Rankine is the author of Citizen: An American Lyric and four previous books, including Don’t Let Me Be Lonely: An American Lyric. Her work has appeared recently in the Guardian, The New York Times Book Review, The New York Times Magazine, and the Washington Post. She is a chancellor of the Academy of American Poets, the winner of the 2014 Jackson Poetry Prize, and a contributing editor of Poets & Writers. She received a MacArthur Fellowship in 2016. Rankine is the Frederick Iseman Professor of Poetry at Yale University.
Share:

'Post-Truth' is a Terrible Word of the Year 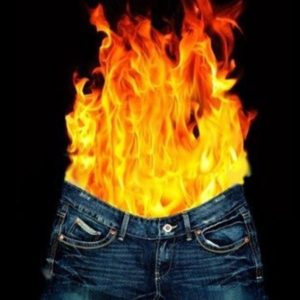 'Post-Truth' is a Terrible Word of the Year Oxford University Press has announced their Word of the Year for 2016, and that word is is "post-truth," which they define...
© LitHub
Back to top