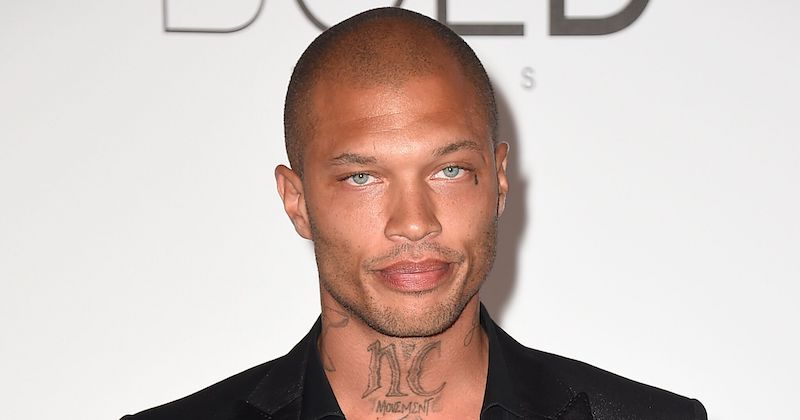 The handsomest arrested man in the world just signed a book deal.

Remember Jeremy Meeks, aka “Prison Bae”? Sure you do.

The former Crip and current fashion model became a viral sensation back in 2014 when the Stockton Police Department posted his extremely handsome mugshot on Facebook. Within 24 hours Meeks’ photo had acquired more than 15,000 “likes” and 3,700 comments, mostly (as Meeks’ Wikipedia entry drily puts it) “from women enamored with his looks.”

On February 5, 2015, Meeks (who, along with three other men, had been arrested in a multi-agency law enforcement mission dubbed “Operation Ceasefire”) was convicted of one count of being a felon in possession of a firearm, and sentenced to 27 months in federal prison. Less than a month later, Meeks signed his first major modeling contract and, upon being released from prison in March of 2016, never looked back.

2017 saw Meeks make his American (New York Fashion Week) and European (Milan Fashion Week) runaway debuts, in 2018 he was part of Tommy Hilfiger’s Spring fashion show in Milan, and, in 2019, Frankfurt-based fashion company Fashion Concept GmbH announced a $15 million partnership with Meeks to build a fashion line in his name.

A tale of triumph over extreme adversity, Meeks’ untitled memoir (which is set to be published by Kingston Imperial in 2023) will chronicle his early days as a member of the South Side Crips, his time in and out of prison, and the racism and prejudice he was forced to endure on his journey to stardom.

Jeremy, if you’re reading this, here are some title suggestions from the Lit Hub staff:

The Meeks Shall Inherit the Earth

Twin Meeks: Fire Walk With Me

The Handsomest Arrested Man in the World