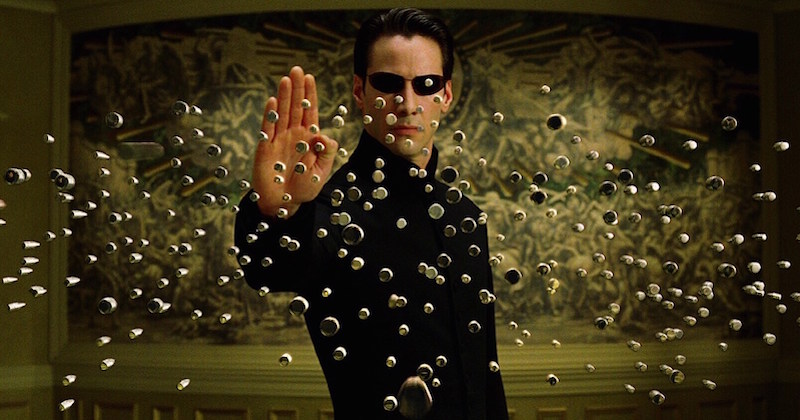 The Gospel of Neo: How The Matrix Paved the Way for the Marvel Universe

If the Marvel Cinematic Universe changed the landscape of cinema, it’s because The Matrix did it first. Millennials raised on a screen diet of Iron Man, Captain America, Thor, Spider-Man, and Doctor Strange may not realize it, but they have The Matrix to thank for the MCU’s existence.

Before the MCU, superhero movies were different. Richard Donner’s 1978 Superman: The Movie focused primarily on the Kryptonian’s relationship with Lois Lane while he tried to keep his identity secret and battle criminal mastermind Lex Luthor. It’s a seminal film, but very much of its time. And while it spawned three sequels, the third, Superman IV: The Quest for Peace, was derided, putting the kibosh on any more Superman movies for 19 years.

Those Superman films paved the way for Tim Burton’s Batman in 1989—a hugely popular Oscar winner that, once again, bred some below-par sequels. Hollywood at that time couldn’t seem to hit upon a successful sequel formula, which killed off many potential franchises. Attempts to adapt other comic book superheroes to the big screen, in the interim, up to the point in time when The Matrix landed, were a mix of hit (Blade), miss (Howard the Duck, The Punisher, 1990’s Captain America), or prohibitively obscure (Swamp Thing) for big swaths of audiences. And then came The Matrix.

Perhaps not a superhero movie by name, it’s certainly a superhero movie by nature. At least in part. Not only was it originally conceived as a comic book by the Wachowskis, it also employs, essentially, the comic book trope of a hero coming along to save the day. A hero who discovers and learns to harness his powers before really coming into his own in a toe-to-toe showdown against the main antagonist.

After his work as Neo, Keanu Reeves would go on to star as comic book character Constantine in 2005 and also find himself the subject of numerous approaches by Marvel boss Kevin Feige. In 2019, Feige told Comicbook.com in an interview that Marvel Studios has targeted Reeves “for almost every film we make.” Comic book is as comic book does.

It was after the release of The Matrix that comic book movies, both directly and indirectly inspired by the Wachowskis’ masterpiece, started to get much, much better. This began with the X-Men franchise, which kicked off in 2000 and generated 13 movies, including solo films for Deadpool, Wolverine, and, 19 years after the first installment in the series, Dark Phoenix. The X-Men films borrowed plenty from the Wachowskis’ cyberpunk forerunner—including the black leather aesthetic of the costumes, the wire-work action sequences, and also, quite specifically, a scene in 2003’s X2, when Professor X gets trapped inside an elaborate illusion.

Of course, then came Christopher Nolan’s so-revered-it’s-practically-sainted Dark Knight trilogy, which started with Batman Begins in 2005. The dark tone, the stylish and intelligent approach, as well as the considered subtext and themes, all owe a debt to The Matrix and its success, and once again, in his Batman films, as with Inception and Memento, we find Nolan inspired by the Wachowskis’ film.

Of all Christopher Nolan’s films, Inception perhaps has the most in common with The Matrix on the surface. But his earlier film, Memento, from 2000, has striking parallels with the Wachowskis’ 1999 forerunner. The film, starring Guy Pearce, is a neo-noir about a man with short-term memory loss trying to piece together the events leading to the murder of his wife. It explores the fragility of the mind and memory, perception versus reality, and self-deception, themes that The Matrix also touches on. Nolan even cast The Matrix’s Carrie-Anne Moss (Trinity) and Joe Pantoliano (Cypher) in roles.

If the Marvel Cinematic Universe changed the landscape of cinema, it’s because The Matrix did it first.

After 1999, superhero movies started to beef up in part because of The Matrix and how it proved that a smart action movie could tackle dark, complex themes and ideas in an understandable way and could also—how should we put it—kick ass. If you’re still not convinced that the philosophy and intellectual themes aren’t one of the biggest elements behind why we continue to hold this film dear, then BBC entertainment journalist Stephen Dowling perhaps said it best when he wrote in 2003, ahead of the release of The Matrix Reloaded: “The Matrix’s success in taking complex philosophical ideas and presenting it in way palatable for impressionable minds, may after all, be its most influential aspect.”

Incredibly, even in 2016, the Marvel Cinematic Universe was still taking pages out of The Matrix’s book, and Doctor Strange is probably the film that benefited the most. From the Neo-inspired backbend when Doctor Strange first astral projects, to the martial arts and Wire-Fu-style fight scenes, to the space- and time-distorting sequences—not to mention the mind-twisting themes, flowing costumes, and Eastern mysticism—it’s hard to watch Doctor Strange without feeling a small sense of déjà vu.

The Matrix’s success as a trilogy can legitimately be described as pioneering. All three films clawed in an insane amount of money and, despite fans later confessing to mixed feelings about the two sequels, gave Hollywood the confidence to start building franchises again. It opened the magic portal to the MCU, and as we’ve already illustrated, encouraged the industry to start exploring new perspectives on action films, experiment with and integrate new tech, and place an emphasis on fight and stunt choreography. It’s also fair to say that without The Matrix, there would be no John Wick.

Chad Stahelski, who had worked as a stunt choreographer and Keanu Reeves’s double on The Matrix films, would go on to direct the John Wick films, which combine a glut of elements from The Matrix, including Gun-Fu, heart-stopping fight choreography, and practical effects… as well as Keanu Reeves himself. 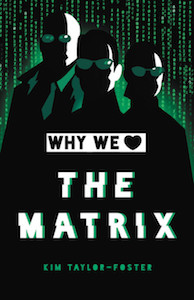 Excerpted from Why We Love The Matrix. Reprinted by permission of Running Press, part of the Perseus division of Hachette Book Group. Copyright © 2021 by Kim Taylor-Foster.

Kim Taylor-Foster is a film and television journalist based in the UK. Her work for globally celebrated media brands, including Fandom, IGN, the BBC, Guardian Media Group, and Clash, has led to her interviewing Neo himself, Keanu Reeves, on several occasions. Fans at San Diego Comic-Con may have seen her taking part in the Screen Junkies panel, or as a face on Screen Junkies News. When asked, she said she would take the Red Pill.

On the Role of Zen Buddhism in the Stories of J.D. Salinger 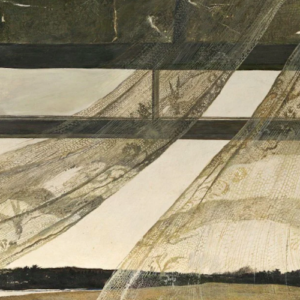 On the thirteen-hour drive to Iowa City, where I was due to begin graduate school, I could think only of the attic. I hadn’t...
© LitHub
Back to top
Loading Comments...