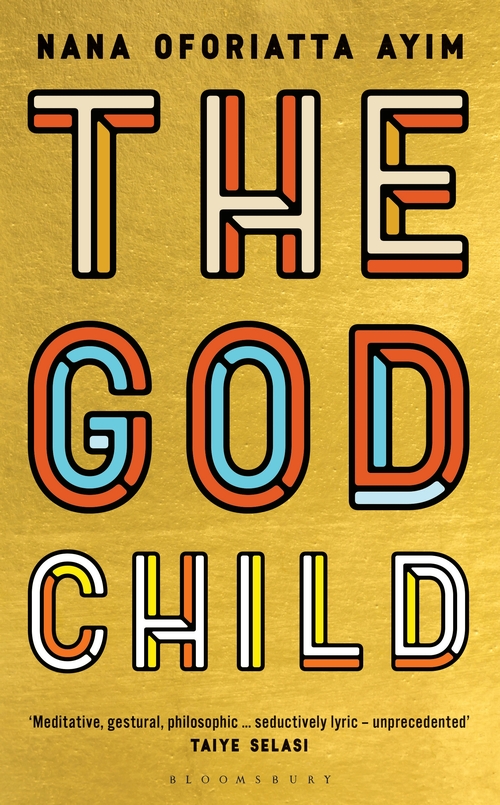 The following is from Nana Oforiatta Ayim's novel The God Child. Ayim is a Ghanaian writer, art historian, filmmaker, and founder of the ANO Institute of Arts & Knowledge, through which she has pioneered a pan-African Cultural Encyclopaedia. She is a contributor to the 2019 New Daughters of Africa anthology. She lives in Ghana.

England was always the place we dreamt of. I dreamt of a room of my own and midnight feasts and tuck boxes and girls called Gwendolyn and Catherine and of school uniforms. My father dreamt of the great halls of Cambridge to which he might have gotten entry if only he had not been too nervous and overslept his exams. My mother dreamt of piano lessons and riding lessons for me and of the dreams of her father for herself. My room was filled with English books and at breakfast we drank milky light brown sugary tea and ate soft soggy white bread with margarine and marmalade we got from the English shop near the English army barracks, where my father took me to see my first films on a big screen, E.T. and The Jungle Book. Both E.T. and Mowgli were like us, far away from home. They were also like the characters in one of the books on my father’s shelf, The Three Sisters, forever dreaming of returning to Moscow, except the three sisters did not return in the end.

Which were we like, I wondered, Disney or Chekhov? I went up to get The Three Sisters, and put it on the kitchen counter in front of my mother.

‘What am I going to do with this?’ she asked. ‘You and your father and your book learning.’

I did not mention the Danielle Steel romance novels I took from her bedside shelf and read by the light of a torch undercover.

I took the book and wiped off the stew she had fingered it with. I was in the hallway and she was still talking. I went and sat at the top of the stairs and opened the book, her voice and the air, peppery with chicken stew, rising up, as I waited for my father, for the sound of the key in the lock, the metallic rotation of comfort, of confirmation.

He had already sent a Peugeot 304 back, along with other things we would need for our return home. The only memories I had were of what my mother told me and of the village my father threatened to send me to when I did wrong, and they were second hand. Abomosu. It sounded like the Timbuktu that the cats in Aristocats had been banished to in my favourite cartoon, a dusty, arid place beyond the edge of imagination. I longed to ask him how it could be so bad if it had brought forth him, if where we were going back to was the same place as that of punishment, but I would have been too known. And I was to arrive a young lady, who knew how to say please and thank you and pardon me like the English and not speak like the Germans who had no manners and were rude.

My father told me that Dr Lartey’s son had gone to school in Oxford, and now he played professional tennis in his spare time and sang for his school choir in red and white gowns just like they wore in Cambridge. So I began going to English classes after school, to learn the difference between my th’s and my s’s, to say think instead of sink. But the lessons only confused my tongue and gave it a lisp, an almost imperceptible protest at the excess of words, of things.

Finally, the click. I got up and dangled my foot over one step and then lowered my full weight on to it, step after step. He took off his coat, put down the black briefcase browned at the creases, which held his knowledge, stethoscope, pills and injections. I reached his side as he put his feet still in their socks in the brown leather slippers that had shown me, when I looked down that Christmas, that Santa Claus in the white plastic mask and beard was only my father. I had not told him about this discovery, just as I had not told him that I always won at Snap because I could see the doubles of the cards from underneath our glass table, nor that when I had shouted, ‘Moonlighters,’ at the sight of a keyboard player in the pedestrian area of our town, it was because I had learnt the word on Sesame Street that day, and not because I recognised Mozart’s sonata, as he had so proudly thought.

‘Boys will not like you if you are too clever,’ he told me when I argued with him and would not let go, which made me fill inside with tears.

I led the way down to the cellar and turned on the light behind the bookshelf, which was filled with medical encyclopaedias, novels, and boxed classical music records. This was our world, his and mine. My mother never came down, except to clean. He sat in the leather swivel chair. I waited for him to look up, to give me the codes, the metallic click in the door.

‘I read the book,’ I said. ‘The children climb up a magic tree and there are all kinds of strange creatures there. And there is a dream where they are in a giant bed, so they are dreaming in their dream and …’

‘I got ten out of ten in English dictation,’ I said, ‘and an eight out of ten.’

‘Why eight out of ten?’ He frowned. ‘Why not ten out of ten? You must always do your best. Do you understand?’

I hesitated, not wanting to subject to this meaningless word play that I knew was his father’s, because it was not in his own voice that he asked.

‘Yes, Daaad.’ I got up to go. There were no answers here. But, maybe … ‘Do I have to go to school tomorrow? I’m not feeling very well.’ It was not even a full lie.

His look focused. ‘Oh yeh,’ he said, pronouncing the ‘yeh’ like the Germans said ‘oh weh’ but Ghanaian-Anglicising it. ‘How do you feel?’

He felt my forehead, then opened up his briefcase and took out a thermometer and put it under my armpit. I pressed my arm hard against its coldness to make it warm.

‘Normal,’ he said, taking it out and shaking it. He reached for some tablets from his bag and gave me one.

‘Take it,’ he said, ‘and go to bed early. No reading under the covers.’

I held the tablet in my hand, where it would melt until I could flush it down the toilet. I stood there in the book- lined room. I later thought how like a church it was: my father priest-like in his preoccupation and distance; the tablet melting in my hand, the sacrament; the books he gave me sacred texts full of pointers, like how to dream within the dream.

‘Why does Mowgli have to leave his home and friends and family?’

I sat down. Was this it?

‘But he returns home. And you will too,’ he said quietly. ‘Hic sunt leones.’ He was looking again into the place that I was no part of.

I waited, but he said nothing more. ‘What does it mean, Daddy?’

He turned to look through me. I put my palm against the backs of the books to feel that I was real; I was.

‘It means that we are lions, you and I.’

When they had gone to bed, I took my torch, and crept down to the cellar, holding my breath all the way in case something might hear.

In my father’s Encyclopaedia Britannica, I found the phrase. Hic sunt leones: explorers used it to demarcate unknown territories, it said.

I had thought the space he was caught in, where I had no place, was one that had been before I was born. We had been walking through the wheat fields bordered by the darkened factories with their impotent chimneys, when he told me how he, my mother, her brother, and others like them, were sent on scholarships to Germany, to England, to America, to Russia, to gather information and knowledge, so they could return, help build their new nation.

‘Then why are you still here?’ I asked, putting my hand into his.

‘It did not work the way they saw it,’ he said, not tightening his hand on mine. ‘At home, they used to say it was the king alone who dreamt dreams.’

‘Why just him?’ I asked, wondering who ‘they’ were, taking two steps for every one of his. I lengthened my stride.

‘Because he was one with the state, and even when his people dreamt, it was on his behalf. I did not believe them either,’ he said quietly, stopping. He was looking in the direction of the tall faded signs bearing the armament legends of Mannesmann and Krupp, even though they were too far off for him to make out.

I pulled his hand, not wanting him to stay there looking at something he could not see. ‘I can see them, Daddy,’ I said.

Hic sunt leones. It did not mean that he would, like a lion, return home in all his power, but that he was the unknown in an unknown land, that he was lost, and that I was lost with him.

Behind the Mic: On My Name Is Lucy Barton by Elizabeth Strout and Rona Munro [Adapt.], Read by Laura Linney 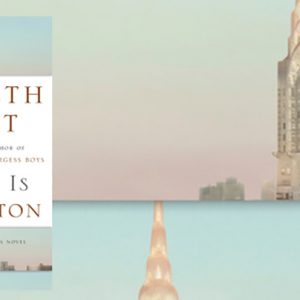 Behind the Mic: On My Name Is Lucy Barton by Elizabeth Strout and Rona Munro [Adapt.], Read by Laura Linney Every Monday through Friday, AudioFile’s editors recommend the best in audiobook listening. We keep our daily episodes...
© LitHub
Back to top