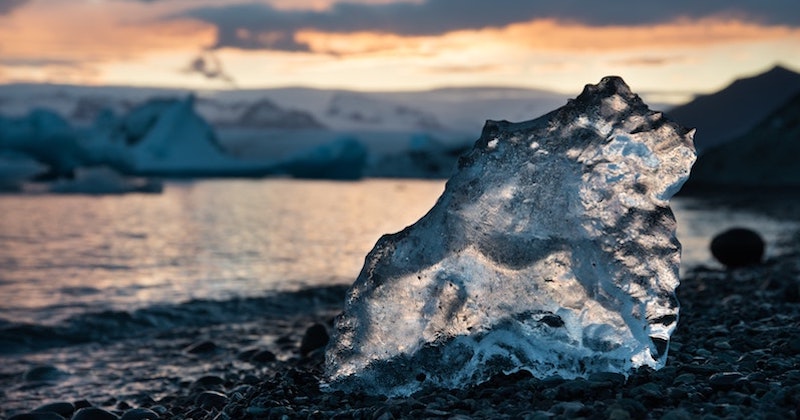 The Gathering Storm of Climate Change: On the Sickening Loss of the Land and the Optimism of the Youth Movement

By Niall Williams and Christine Breen

That the climate is changing is a fact that anyone who works with soil and plants knows. In years gone by, I have often been surprised during the brief periods when I have done press for a new novel by journalists asking me if it really rains in Clare as much as it does in my books. The question was genuine, and in time I realized that it was being asked by people who largely lived and worked indoors, who in the course of a normal day spent few hours actually outside. Weather then was a factor confined to the morning commute, lunchtimes, weekends, and in realizing this a couple of things struck me, first that I was fortunate enough to know the rain at first hand, and second that for most people climate change would remain an abstraction until the streets were flooded or the taps yielded no water. This is a terrible thought. And I reproach myself for it by saying I sound like a grumpy old man despairing of the future. I am older than I was, I concede, but not grumpy. Saddened though, yes.

It occurs to me that when cataclysms have happened in the past, the world wars, Chernobyl, say, there has been a sense that they have been over there, elsewhere, another time. The 24-hour news we live with now brings us first-person reports of catastrophes daily, and yet, largely because they are on television, they take on only the reality of television shows, which is to say, they are unreal. For the past decade or so we have been hearing of climate change, like a gathering storm, hearing that the glaciers are melting, or the rainforests are being plundered or on fire. And while there can be few who haven’t heard this, there has also been a sense of it occurring in that elsewhere place. Which, in some ways, is understandable. We are not in the Arctic or Brazil or California or Australia… I say this partly to excuse my own lack of urgency.

Today, the latest United Nations report on climate change was published, and reading it here in the green of Kiltumper, the feeling I have is of self-recrimination, and then loss. A sickening feeling of loss. The world is losing. The deforestation of the Amazon rainforest continues, the last glaciers in Iceland are starting to melt, the oceans are flecked with microplastics. The report has many pages of defeats on all fronts, and the argument is overwhelming.

In trying to come to terms then with the failure of all governments, all lawmakers, all who have been in positions to address this, it is hard not to succumb to the dejected position that unless there is profit in it, nothing is going to be done. The problem can be acknowledged, but it is being passed along to the next generation to solve. By the time the term “climate change” has become “climate catastrophe,” it will be too late.

One of the phrases in the report that struck me most was “human-induced degradation of land.” When I read that, I had to stop and think about it. I often come to a deeper sense of a thing through language, and that phrase was deeply disturbing. Not that I didn’t know that human beings had always exploited the ground they lived on, but degradation of land seemed appalling. At the heart of it is an absence of love of the world. You do not degrade what you love. If I was to pick one thing that I have learned from our years here, it would be love of the world, in particular, of this place inside our hedge line. In our every day, Chris and I are trying to achieve the opposite of degradation, and in this I haven’t thought we are any different to the most of mankind. I don’t award us any medals, for it is natural, and what is natural feels good. This is the premise anyway. It underlies all human endeavor.

I do believe that in 100 years, the future, if there is one, will judge our more-than-carelessness with a cold eye. We will be considered shameful, because we knew, each report after the next, and because we had the chance to stop it.

Over 30 years ago now, Chris and I published the first of four books about our life in County Clare. We wanted to call it In Kiltumper, but the New York publisher said nobody would know where that was. O Come Ye Back, as it became, recounted our first year, in the four rooms of the house where Chris’s grandfather had been born. It was a true, accurate account, but also an innocent one, as was befitting a book written by young people dreaming themselves into the world.

And speaking to that, running through that book as a sort of refrain was the thing Chris often asked of me, first in New York after we had made the decision to leave in 100 days—any longer and we might have changed our minds—and then during some of the fraught and lonely days in that first year: Tell me how it’s going to be, Niall? She would ask the question, and though I did not of course know the answer, I knew that an answer was called for, and I told a version of our future, an imagined story that became real for the duration of its telling, and banished, for the time being, the doubts. That version of our life we would then try and live, and in this way be living within the light of a dream, with all the hope, and the failures, of that.

Still, there was always this sense of creating a life, around a house and garden, and it occurs to me now, as it did not then, that all of this dreaming and making was built upon the certainty of the world itself continuing. Of things in the big picture staying as they were. We did not at any moment wonder, what if the planet itself is failing? As I said, we were young, and, unlike now, such thoughts were not in the jurisdiction of youth, then.

If I was to pick one thing that I have learned from our years here, it would be love of the world, in particular, of this place inside our hedge line.

Tell me how it’s going to be, Niall.

I could do as good a job at talking us into a future, if asked today.

But there is hope, I say to Chris. There is hope in the children’s movement, the school protests this past year, and the sense that the young will no longer let the old carry on destroying the planet for them. In her small apartment in Brooklyn, our daughter keeps all her compost in a container in the freezer until Saturday when she can bring it to the communal composter that comes to the farmers’ market. People are choosing not to buy vegetables that come in plastic wrapping. There is hope in the young, I say. And I do say that believing that, otherwise, this will be the last century. The last century of mankind able to survive on a single planet. The 21st will be the last, or the one where humanity finally comes of age, and starts to behave responsibly.

The report leaves me darkly saddened. Not least because I know I am late to this, and could have done more here over the years, to lessen use of plastic, manage fuel better, there are dozens of things, all of which come to love, I think, by which I mean not taking the world for granted, and generally living with more awareness of its beauty, more love.

Now, it seems to me if there is a common enough response in the face of such reports, it is to be overwhelmed, and with this, to feel a sense of impotency. What good can we do? We are only two people. And, this extends at once to, what does it matter what Ireland does, it is only four and half million people? Look at America, look at China. Your spirit throws up its hands, the earth seems doomed, to be drilled, fracked, fecked, until it can give no more. It takes some work to counter this. And as I’ve said, in our version here in Kiltumper, it is to think small. Think only of the bit of planet we are in charge of.

I go outside. There is rain streaming down outside, rains that seem heavier to me this year. My sense is the summer has veered between dry hot weather and then built-up cloudbursts. And because I am the way I am, such things seem to be saying something. I know this is subjective and I am too impressionable, and all the rest. Fair enough. But still, when I go out in the rain today after reading the report, that is the feeling, This rain is too heavy, too forceful for the first days of August, and I stand and let the rain come down on me. 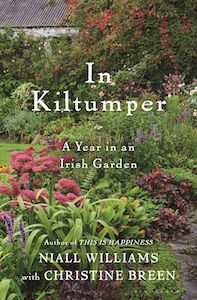 Excerpted from In Kiltumper: A Year in an Irish Garden. Used with the permission of the publisher, Bloomsbury. Copyright © 2021 by Niall Williams and Christine Breen.

Niall Williams was born in Dublin in 1958. He studied English and French literature at University College Dublin before graduating with a Master's degree in Modern American Literature. He moved to New York in 1980 where he married Christine Breen, whom he had met while she was a Master's student also at UCD, and took his first job opening boxes of books in Fox and Sutherland's bookshop in Mount Kisco. He later worked as a copywriter for Avon Books in New York City before leaving America with Chris in 1985 to attempt to make a life as a writer. They moved on April 1st to the cottage in west Clare that Chris's grandfather had left eighty years before to find his life in America. His first four books were co-written with Chris and tell of their life together in Kiltumper in west Clare. In 1991 Niall's first play 'The Murphy Initiative' was staged at The Abbey Theatre in Dublin. His second play, 'A Little Like Paradise' was produced on the Peacock stage of The Abbey Theatre in 1995. His third play, 'The Way You Look Tonight,' was produced by Galway's Druid Theatre Company in 1999.

Born and raised in New York and educated in Boston and Dublin, Christine Breen now lives in the west of Ireland. In addition to being a writer, Christine is an artist, homeopath and garden designer. Along with her husband, the novelist Niall Williams, she co-authored four bestselling nonfiction books on country living in County Clare, which were published by Soho Press in New York. O COME YE BACK TO IRELAND is now available as an ebook. In 2002, Christine and her family traveled around the world for 9 months. A travel memoir, SO MANY MILES TO PARADISE was published in Ireland the following year, and is now also available as an ebook. At various times Christine has been a houseplant doctor for Neiman Marcus, a copyeditor for 'The American Journal of Medicine', an administrator of writing workshops, the author of a monthly column ‘The View from Kiltumper’, and the founder of an artist cooperative and gallery where she sold her paintings.

Once Dostoyevsky’s Stenographer, Then His Wife 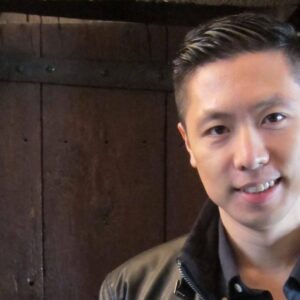