Nearly a decade earlier, this man, Nate Murphy, who led fossil-hunting tours in a geological signature in Montana called the Judith River Formation, had become well known for unveiling Leonardo, a late Cretaceous Brachylophosaurus and one of the best-preserved dinosaur skeletons ever found. A volunteer fossil hunter named Dan Stephenson had found the skeleton during one of Murphy’s excursions on a private ranch near the small town of Malta. The remains constituted the first sub-adult of its kind on record and, remarkably, still bore traces of “skin, scales, muscle, foot pads—and even his last meal in his stomach,” National Geographic reported. “To find one with so much external detail available, it’s like going from a horse and buggy to a steam combustion engine,” Murphy told the magazine. “It will advance our science a quantum leap.”

“Our science” was an intriguing phrase. Murphy wasn’t a trained scientist; he was an outdoorsman who had taught himself how to hunt fossils in the Cretaceous-bearing formations that run with photogenic accessibility through states like Wyoming, Utah, Montana, and South Dakota. He believed he had something to offer paleontology, and, presumably in pursuit of this idea, he had taken fossils that didn’t belong to him. (Not Leonardo; another dinosaur.) What at first appeared to be little more than a bizarre true-crime story became, to me, an absorbing question of our ongoing relationship with natural history, with the remnants of a world long gone.

We know which life-forms exist because we encounter them, but what came before? Answers can be found in rock. If you’ve ever picked up a shark tooth or a leaf-imprinted stone, you were holding a fossil—a time portal, a clue. By definition, fossils are prehistoric organic remains preserved in the earth’s crust by natural causes. If you, yourself, would like to become a fossil, a specific chain of events must occur. Your corpse must not be eaten or scattered by scavengers, or destroyed by other ruinous forces like weather and running water. You must be buried quickly in sediments or sand: metamorphic and igneous rock, which form under conditions too superheated and volatile to preserve much of anything, are no good at making fossils, but sedimentary rock—limestone, sandstone—proves an excellent tomb. Your soft tissues and organs will decompose, but unless they’re obliterated by the planet’s incessant chemical and tectonic motions, the hard bits—teeth and bone—will remain. These will be infiltrated by groundwater and will mineralize according to whatever elements exist in the patch of earth that has become your grave—eventually, you may become part crystal or iron. Then, to even start to be scientifically useful, you must be discovered.

Good luck with all that. It’s been estimated that less than one percent of the animal species that ever lived became fossils.

While the process is rare, the product is ubiquitous, at least regarding some species. But which fossils are important to science and how should they be protected? Paleontologists have one answer, commercial fossil dealers another, and they’ve been fighting about it for generations.

As the only record of life on Earth, fossils hold the key to understanding the history of the planet and its potential future. Studying them, scientists can better monitor pressing issues such as mass extinction and climate change; hunting, collecting, or viewing them, anyone may feel connected to both the universe’s infinite mystery and Earth’s tangible past.

“We know which life-forms exist because we encounter them, but what came before? Answers can be found in rock.”

Fossils are found in every part of the world, and so are fossil collectors, who are legion. Collectors spend significant chunks of their lives hunting for fossils, researching fossils, buying fossils, displaying fossils, trading fossils, visiting fossils in museums, and talking—and talking and talking—about them. Fossil enthusiasts are as obsessed a segment of natural history lovers as ever existed. “I have been in people’s houses where every possible inch of their home is covered in fossils,” the vertebrate paleontologist Mark Norell, of the American Museum of Natural History, once said. “Even the dishwasher has trilobites in it.”

Fossils are the single most important clue to understanding how the planet evolved, yet attitudes toward their protection vary from continent to continent, and from state to state. The United States, a particularly fossil-rich country, is unusual: policymakers have had no desire to mess with private-property laws, so it remains true that if you find fossils on your own land, or on private property where you have permission to collect, they are yours to keep or sell or ignore or destroy, no matter what or how scientifically important the specimen may be.

Three primary groups of people seek and covet fossils: paleontologists, collectors, and commercial hunters. Paleontologists hone their expertise through undergraduate, graduate, and doctoral courses that immerse them in geology, evolutionary biology, zoology, computer science, statistical analysis, ecology, chemistry, climatology, and other maths and sciences. They pursue specialties in areas like paleobotany (fossil plants), invertebrate paleontology (animals without backbones, like mussels and corals), micropaleontology (requires a microscope), and vertebrates (backbones). Paleontologists tend to work in academia and museums, publishing their research in peer-reviewed scientific journals such as Geology and the Journal of Vertebrate Paleontology. Scientists believe it crucial to protect certain types of fossils by banning their trade. Commercial dealers, on the other hand, hunt, sell, and buy fossils, at trade shows, in privately owned natural history shops, and online.

It is entirely legal to sell some fossils and illegal to sell others, and it’s often been hard for consumers to know the difference. Many dealers grew up hunting fossils and might have studied natural sciences in college if they’d had the chance. Most are self-taught. Many are libertarians and believe they should be able to do whatever they want as long as they’re not hurting anybody. Many loathe government regulations and feel entitled to fossils, taking the view that the earth belongs to everyone. Most fossil dealers feel that by collecting and selling fossils they’re rescuing materials that otherwise would erode, and that their industry provides a valuable service by supplying classrooms and collectors and, in some cases, museums, and by encouraging widespread interest in the natural world. Commercial hunters take pride in selling to museums, but they also court wealthy, private collectors. Successful dealers can make a living in fossils, though it is rarely a get-rich game, since so much of the profit folds back into the hunt. Overseas museums, especially those proliferating in China, Japan, and the Middle East, have no problem buying commercially while public museums in the United States—those supported by tax dollars—tend not to shop the market, preferring to collect their own materials under scientific conditions. While both a commercial hunter and a paleontologist may also be a collector, no reputable paleontologist is a dealer: paleontologists do not sell fossils for much the same reason hematologists don’t peddle vials of blood. Fossils are the data, it’s been said.

For decades the federal government debated whether and how to regulate fossil collecting, particularly regarding vertebrates, which are less common than invertebrates. The most extreme-minded paleontologists have long wanted a ban on commercial collecting, but commercial hunters organized against the idea. They defended their trade, and paleontologists defended the objects fundamental to their science.

Despite experience and field expertise, dealers who call themselves “commercial paleontologists” are not in fact paleontologists. Paleontology would not exist without them, though. The science started at the hands of natural history lovers—started long before the words science and paleontology even existed—and became perhaps the only discipline with a commercial aspect that simultaneously infuriates scientists and claims a legitimate role in the pantheon of discovery. The work of commercial hunters has allowed paleontologists some of their biggest breakthroughs and museums their most stunning displays. Museum visitors may not realize they’re often looking at specimens discovered not by scientists but rather by lay people like themselves. A California boy named Harley Garbani became obsessed with fossils in the 1930s, after finding part of a camel femur while following in the tracks of his father’s plow. He became a plumber but went on to find extraordinary, tiny fossils by crawling on his hands and knees in “cheaters” (jewelers’ goggles), plus the first significant Triceratops skeleton in over half a century and a T. rex skeleton so good it would take years for someone to come across a better one. By the time Garbani died, in 2011, he had collected for the Natural History Museum of Los Angeles County and the University of California–Berkeley’s Museum of Paleontology. Lowell Dingus, an American Museum of Natural History (AMNH) paleontologist who knew Garbani while in grad school at Berkeley, called him “among the greatest fossil collectors that ever lived and the greatest one that I have ever known and worked with.”

Commerce: overregulation destroys the public’s interest in the natural world.
Science: commodification compromises our evolving understanding of the planet.

Commerce: science doesn’t need hundreds or even dozens of specimens of one species.
Science: multiple specimens elucidate an organism and its environment over time.

Commerce: most museum fossils land in storage, never to be studied.
Science: stored fossils have generated profound advances decades after their discovery.

Commerce: scientists are stingy and elitist, with their snooty PhDs.
Science: commercial hunters are destructive and greedy.

Such were the contours of a seemingly intractable conflict. “Whether or not it’s okay to sell and buy fossils is a matter of debate on scientific and ethical grounds, with analytical rigor and professional honesty squaring off against free enterprise,” the paleontologists Kenshu Shimada and Philip Currie and their colleagues wrote in Palaeontologia Electronica. They called “the battle against heightened commercialization” of fossils “the greatest challenge to paleontology of the 21st century.”

On both sides, the disagreement struck people as a shame, because scientists and commercial hunters at least were united in their love of one thing: fossils. If only more people would take a sincere interest in “rocks that can talk to you,” the paleobotanist Kirk Johnson, head of the Smithsonian’s NMNH, once told me. “The fact that our planet buries its dead is an amazing thing. The fact that you can read the history of the planet in fossils is profoundly cool. A smart kid can find a fossil and tell you what happened to the planet 4 billion years ago. We finally figured out how the planet works, and we did it through fossils.” 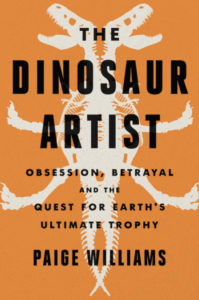 From The Dinosaur Artist: Obsession, Betrayal, And The Quest For Earth’s Ultimate Trophy. Courtesy of Hachette Books. Copyright © 2018 by Paige Williams.

Paige Williams is a staff writer at The New Yorker. She has won the National Magazine Award for feature writing, and her work has been anthologized in The Best American Magazine Writing and The Best American Crime Writing. She is the Laventhol/Newsday Visiting Professor at Columbia University’s Graduate School of Journalism, and has taught at the University of Mississippi, New York University, the Missouri School of Journalism, and M.I.T.. Williams has been a fellow of The MacDowell Colony and was a Nieman Fellow at Harvard. Her book, The Dinosaur Artist, is available from Hachette Books.

Teaching the Literature of Mad Women 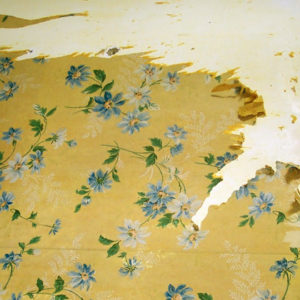 Teaching the Literature of Mad Women

We narrate our lives in terms of time—how long something lasted, when something began or ended. In doing so, we downplay...
© LitHub
Back to top
Loading Comments...