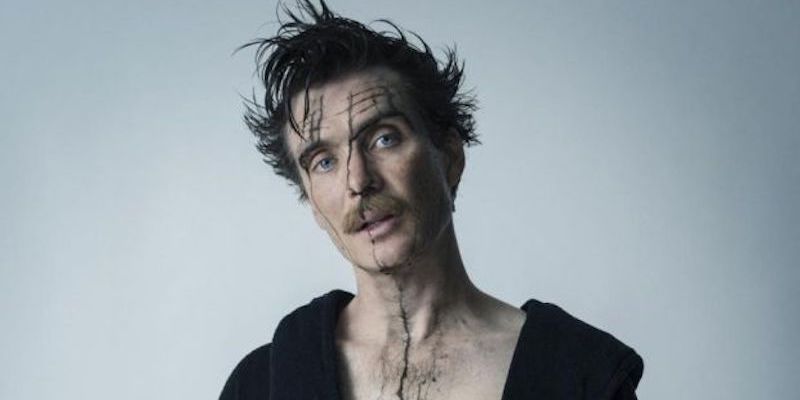 The five coolest book-to-stage adaptations of the 21st century.

You’ve only got five more days to catch Grief is The Thing With Feathers, the Cillian Murphy-starring stage adaptation of Max Porter’s devastating 2016 novella (which tells the story of a poetry scholar, adrift after his wife’s sudden death, who, together with his two sons, is visited by a crow that acts as an aide to their emotional recovery) which is playing at St. Anne’s Warehouse in Brooklyn until May 12. The production (in which Murphy plays both scholar and crow) has been receiving some pretty ravey raves in the New York Times, the Guardian, Vulture, and elsewhere, so you’d better get booking if you want to catch it before it flies away like an emotional support crow on the breeze.

Before you do, however, why not check out this definitive list of the five coolest book-to-stage adaptations of our young century: 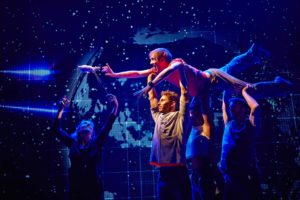 The Curious Incident of the Dog in the Night-Time (2012)

Adapted by Simon Stephens from the bestselling Mark Hadden novel, the play-within-a-play (which bagged 7 Olivier Awards, the Drama Desk Award, and the Tony for Best New Play) concerns a mystery surrounding the death of a neighbor’s dog that is investigated by young Christopher Boone, who has an autism spectrum condition, and his relationships with his parents and school mentor. 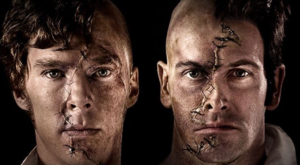 Adapted by Danny Boyle, scored by Underworld, and featuring a cast that included Benedict Cumberbatch and Jonny Lee Miller alternating the roles of Victor Frankenstein and the Creature on different nights (for which they shared the Olivier Award for Best Actor), this high-octane, pitch-black production was broadcast to cinemas around the world as a part of the National Theatre Live program. 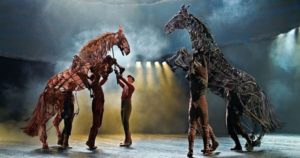 Horse puppetry, horse choreography, and a whole lot of horsin’ around contributed to the gallopaway success of War Horse, which was adapted by British playwright Nick Stafford from the children’s book by Michael Morpurgo about a plucky bay Thoroughbred’s journey through the chaos of WWI. 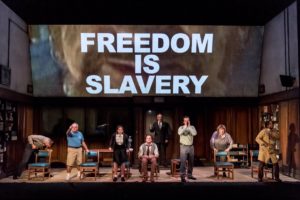 Robert Icke and Duncan Macmillan’s 2013 adaptation of Orwell’s evergreen dystopian novel was so extreme (heavy strobe lighting, sudden blackouts and jackhammer sounds, and plenty of graphic torture) that it caused audiences to faint, throw up, and scream at the actors. Said Icke of the controversy: “You can stay and watch or you can leave—that’s a perfectly fine reaction to watching someone be tortured. But if this show is the most upsetting part of anyone’s day, they’re not reading the news headlines. Things are much worse than a piece of theater getting under your skin a little bit.” 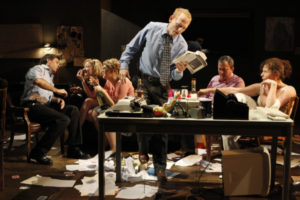 At eight hours, three intermissions, and every damn word of Fitzgerald’s magnum opus uttered aloud before the final curtain, Elevator Service’s now-legendary production is surely one of the most mammoth book-to-stage adaptations ever attempted. Exhausting, transfixing, and a must-see for immersive theater fans, Gatsby die-hards, and the strong-bladdered.