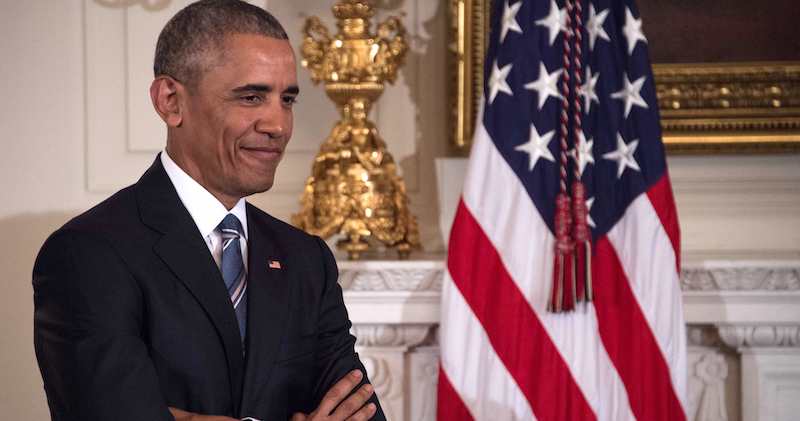 The first volume of Barack Obama’s memoir is getting a 3 million copy printing this November.

We’ve known for a while that Barack Obama would be coming out with a new memoir. Today his publisher confirmed that the book, A Promised Land, will be released soon after the November elections.

The former president isn’t a stranger to the pen. His first memoir, Dreams From My Father: A Story of Race and Inheritance (1995), recounted his life in Honolulu and Chicago. Obama, who was starting his political career around that time, was known for having been the first African-American president of the Harvard Law Review.

More than ten years later, while he was in the Senate and soon before announcing his bid for the presidency, Obama published his second book, The Audacity of Hope: Thoughts on Reclaiming the American Dream (2006). The book topped the New York Times bestseller list, helped in no small part by fresh memories of his famous speech at the 2004 Democratic National Convention.

His most recent effort was Of Thee I Sing (2010), a children’s book dedicated to his daughters that told the stories of 13 prominent Americans like Billie Holiday, Jackie Robinson, and Georgia O’Keefe.

A Promised Land, which Obama began writing soon after leaving the White House, hits the shelves on November 17th. The book comes in at 768 pages, and it’s only the first of two volumes. A Promised Land will span Obama’s early political career and end with the death of Osama bin Laden in 2011.

Demand in the US for the book is expected to be so great that one million copies of the initial three-million book run will be printed in Germany and brought over on multiple ships, each with 112 shipping containers, each container full of books.