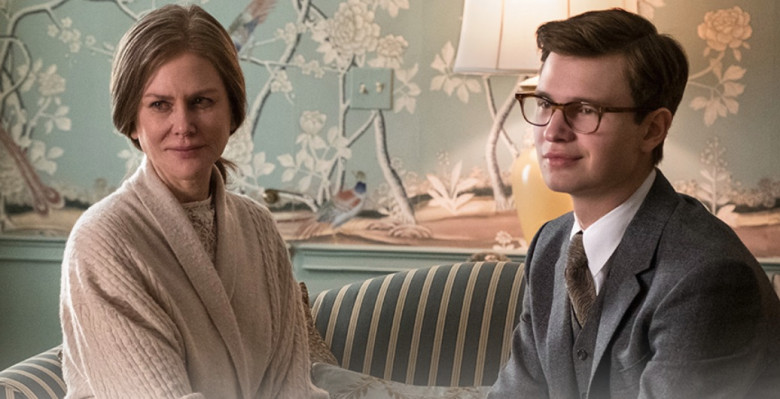 The first reviews of The Goldfinch are…not good.

The Goldfinch—John Crowley’s lavish adaptation of Donna Tartt’s Pulitzer Prize-winning Dickensian doorstopper—premiered at the Toronto International Film Festival this weekend and the first reviews have been, well, somewhat less than kind.

Currently sitting on a decidedly un-fresh 31 percent rating on Rotten Tomatoes, the film has been called “a disaster,” “a tedious chore,” and “a disappointing adaptation of a great book.”

Here’s a more lengthly sampling of the those brutal first responses:

“The big problem with The Goldfinch—a lifeless film that doesn’t consist of scenes so much as it does an awkward jumble of other, smaller problems stacked on top of each other like kids inside a trench coat—is that it mistakes its source material for a great work of art … Crowley and screenwriter Peter Straughan seem to have thought that Tartt’s story is a sacred thing, and that simply capturing it on camera would be enough to guarantee at least a hint of residual greatness. Alas, when stripped of its softer details and denied the sheer velocity of its narrative sweep, the story The Goldfinch tells feels utterly absurd.”

“It takes two-and-a-half-hours to deliver a message that’s worthy of a greeting card. The Goldfinch very much wants to BE ABOUT THINGS THAT MATTER, but it lacks the style or substance to be anything more than a gigantic waste of time … The film never wants to dive too deeply into anything, and instead just splatters a bunch of issues, characters, and emotions on the wall and then demands you respect it as Very Serious and Important … The Goldfinch is not only a vapid prestige picture; it’s also grotesque. Rather than exploring tragedy and grief in any meaningful or thoughtful way, it offers a vague homily. It seeks to comfort without compassion.”

“…simply doesn’t have the room or time to properly accommodate the piece’s plot and multitude of milieux and characters. Unlike the tiny painting that gave the book its name, the movie deserves a more expansive canvas … All in all, a lot of very careful and well-judged work here has gone into an undertaking that, because of its dramatic and thematic shrinkage, was hardly worth it.”

“…a messy jumble of a drama that, to be fair, frequently looks amazing … It’s a lot of soapy melodrama and underdeveloped characters that never really go anywhere. Even though we spend time with Theo and understand that he feels his life shifted forever the day his mom died, only fleetingly do we get a sense of his internal self – and usually when he’s a kid. But none of these personalities really come alive, a casualty of adapting a dense, 760-page tome … The Goldfinch tries hard to be a masterwork like the painting that shares its title but ends up feeling more like a forgery.”

Ugh. THE GOLDFINCH was so bland and boring, I just. I really can’t say much other than nothing happens for almost 2 hrs, then everything happens at once but it’s so disconnected that it evokes no feeling. #TIFF19

Speaking of embargoes, THE GOLDFINCH’s is up, and it’s my duty to tell you there’s a scene where two kids jump into a pool as Thom Yorke sings

“Jump off the end
The water’s clear
And innocent”

Astonishing movie made by computers#TIFF19

THE GOLDFINCH: Gorgeous and airless. The actors all do what they can, and some — Finn Wolfhard, Sarah Paulson — manage to shake the film out of its chilly self-consciousness. Nothing, though, can rescue the absurdly rushed and busy final act. #TIFF19

To be fair, the Guardian and Vanity Fair reviews are a little kinder, and the book itself became a thundering success back in 2003/04 despite a couple of early pans, so there may be hope for the adaptation yet. If, however, these blows prove fatal and the writing truly is on the wall for this pretty misfire, well, Donna Tartt fans can still hold out hope for The Secret History.