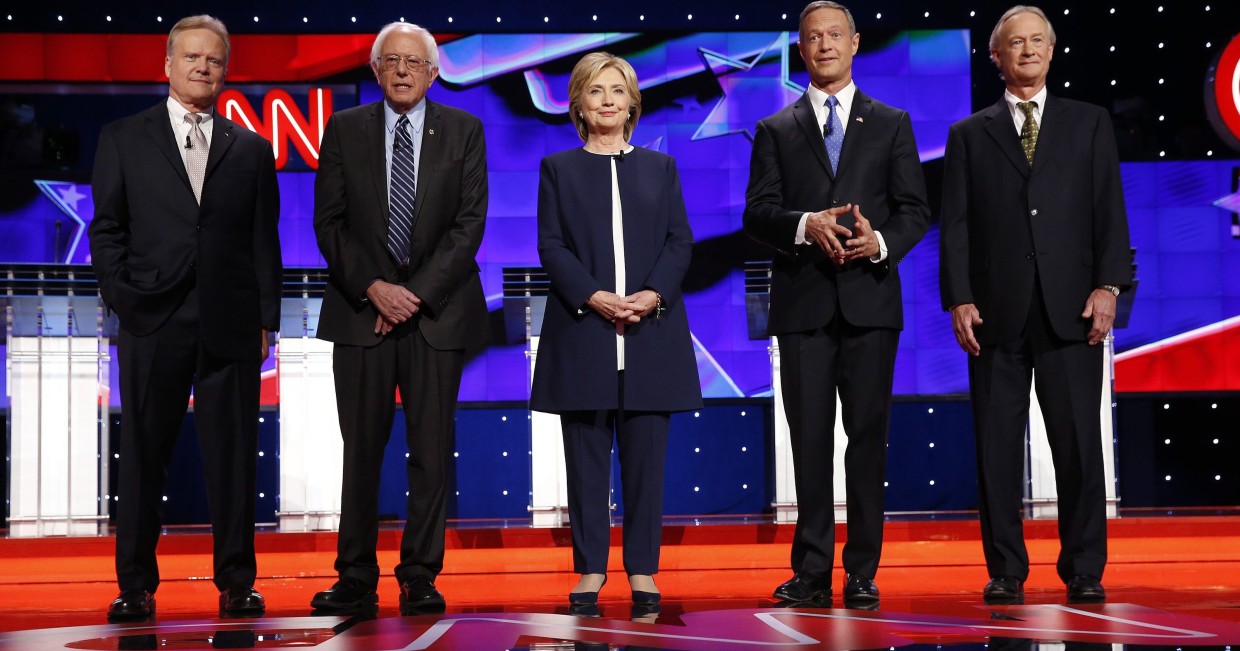 We are delighted that Literary Hub has entrusted us with the task of identifying and translating the deliberately deceptive language—or Spinglish, as we prefer to call it—used by candidates during the 2015-2016 presidential primary debates. Following are some excellent examples of such terminology, as employed by the candidates who participated in the initial Democratic Party gathering last night in Las Vegas.

“hoped it would be…” This is a great phrase to insert into a sentence you previously uttered when you want to explain why you flip-flopped away from it later. For example, when Anderson Cooper pointed out that Hillary Clinton was now against the Trans-Pacific Partnership but had once called it “the gold standard” of trade agreements, Clinton claimed that she had said she had “hoped it would be” the gold standard, but when she looked at it only a week ago she saw that it “did not meet her standards.” In truth, she didn’t add the “hoped it would be” qualifier until Cooper confronted her.

“I didn’t take a position until I took a position.” Another Spinglish construction employed by Clinton as a defense against a charge that she had flip-flopped (or, as Zogby Analytics prefers to call it, “been elusive when it comes to pinning down her core values”). This time the accusation came from fellow candidate Martin O’Malley, who pointed out she had “put out a lot of reversals” on the building of the Keystone pipeline and other issues. Actually, in October 2010, Clinton had said she was “inclined to back” the building of Keystone, a clever “weasel phrase” that allowed her to announce her opposition to the project five years later with linguistic impunity.

addressing income inequality. Bernie Sanders listed this as one of his goals. A more transparent way of saying it would have been “raising taxes on the rich” or, to use a popular Republican phrase, “wealth redistribution.”

“I’d just arrived in the U.S. Senate. My dad had just died. It was my very first vote, and it was 92-5.” Lincoln Chafee used this excuse—well, it’s really four different excuses—to explain why he voted in 1999 to allow banks to grow larger, something to which he now claims to be fundamentally, and irrevocably, opposed. Chafee added that he believes these extenuating circumstances entitled him to a “take-over” on his original vote—a plea that strikes a somewhat discordant note when one considers that, earlier in the evening, he had described himself as “a block of granite” on the issues.

“missing the forest for the trees.” Like Chafee, Hillary Clinton resorted to Spinglish—in this case a time-honored cliché—when pressed to elucidate her position (or rather, her lack of one) on breaking up “big banks.” Specifically, her argument that large Wall Street institutions shouldn’t be “singled out” when crafting legislation to prevent a recurrence of the 2008 financial crisis might be mistaken for her being less than rigorous about regulating them at all.

“a large and complicated bill.” Senator Sanders used this phrase, while vigorously defending his record on gun control, to account for his 2005 vote in support of The Protection of Lawful Commerce in Arms Act, a straightforward piece of legislation concocted by the National Rifle Association that provides legal immunity to gun manufacturers and gun shop owners for any harm resulting from the weapons they make or sell—a product liability waiver unheard of in any other industry.

“We need to do more research.” When Juan Carlos Lopez sought to discover Hillary Clinton’s position on marijuana legalization, Clinton used this useful bit of Spinglish to avoid giving him one. This is the exact same response Republicans typically offer when asked why they so adamantly oppose efforts to abate global warming.

Casino capitalist process. Bernie Sanders used this term to describe what a more impartial observer might simply call “capitalism.” Similarly, Hillary Clinton described herself as a “progressive who gets things done”—a carefully crafted phrase that might be translated as “a progressive who is willing to compromise his or her principles.”

“wasn’t the best choice.” Spinglish terminology handy for describing “a colossal error.” Hillary Clinton employed it to perfection while discussing her use, while Secretary of State, of her personal email server to handle official—and sometimes classified—government documents.

And finally, we can’t resist noting that two of the commercials played by CNN during the debate broadcast featured superb examples of Spinglish. The first boasted that the motion picture Bridge of Spies is an “instant Oscar candidate.” This sounds impressive until you realize that every newly released movie is an “instant Oscar candidate.” The second advertisement also touted a film—the forthcoming Suffragette—which, we were promised, “was “inspired by true events.” Not unlike most of the claims made during the first three debates of this presidential primary season.

[AUTHOR’S NOTE: Henry Beard and I have collected and explained these terms purely as a public service (or, as some have insisted on calling it, a public self-service). Reports that we are offering this and other similar compilations purely for the purpose of promoting our recent book, Spinglish: The Definitive Dictionary of Deceptive Language are anecdotal and remain unconfirmed.]

City on Fire: The Year Punk Was Born 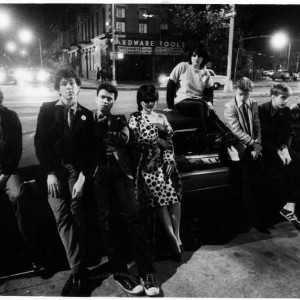 City on Fire: The Year Punk Was Born