It’s a question we have all tried to answer in casuistry and therapy: How do you know it’s love? It’s the topic of a million Sunday brunches and heartfelt drunken confessions; it keeps astrologers in business and sends self-help books flying off the shelves.

In crime fiction, which tends to amplify our fears and toy dangerously with even our most mundane expectations, a different question could be posed: How do you know when love has turned to something sour; or, worse, was never shiny and true, but was brewed in a cauldron of obsession and insanity?

This is the version of love Caroline Kepnes documents. In both You (2014) and its just released sequel, Hidden Bodies, Kepnes narrates from the point-of-view of Joe Goldberg, a twenty-something guy who loves a little too hard. The genius of Kepnes’s books is that Joe is completely self-aware. He knows the tropes: “And sometimes you have to play around with the facts to get the girl,” he tells us. “I have seen enough romantic comedies to know that romantic guys like me are always getting into jams like this.” The jam he refers to involves a woman named Candace, whose boyfriend had to be eliminated so Joe could take his place.

But that’s all backstory, Candace is history, by the opening of You, when Joe meets the new love of his life, Guinevere Beck (called Beck), a grad student in creative writing who walks into the small bookstore in New York City that Joe manages. As Joe and Beck exchange banter about Dan Brown and Paula Fox, his inner monologue is already plotting how he will get closer to her:

Kepnes’s risky use of the second-person here and throughout the books yields dividends in the way it confines the reader to Joe’s point-of-view, where the passage above could be romantic: Today I met a person and I felt a real connection. Could this be love?

Yet the subject of that repeated “you,” Beck, has no idea that this is what Joe believes as she leaves the store. She could not anticipate how he will insinuate himself into her life with a series of not-accidental run-ins; that he will hurt the people she loves (in ways that break multiple laws), yet make the crimes look like accidents; that he will infiltrate her email and her social media streams; that he will befriend her shrink with disastrous consequences; and that he will follow her up and down the east coast in a borrowed car (including to a hilarious Dickens Festival on Long Island), just to make sure he knows everything he can about her in order to be the best boyfriend in the world, the boyfriend she deserves. Until he decides she doesn’t deserve his devotion after all.

In Hidden Bodies, the scene switches to Los Angeles, and the girl is named Amy Adam (not Adams, like the actress). He actually meets her in New York and follows her to California, then he proceeds to give her what we might as well call the full-on romantic a/k/a stalker experience. But if Joe hated the pretensions of Beck’s post-Ivy League circle of friends in New York, with their designer club soda and pretending to have read books Joe has actually read and their ironic patronage of dive bars and shopping at thrift shops, he really hates the pseudo-screenwriters and coke-sniffing producers (translation: really lazy rich kids) and vacant actors LA has to offer. What makes all of Joe’s vitriol palatable and even funny is Kepnes’s perfect skewering of both cities, as well as the inanity that comprises our everyday lives: the Twitter feeds, the selfies, the constant flow of texts and emails and pop culture references of quotidian conversation. Joe can bullshit about anything, despite his working-class background and lack of college education, which makes him feel superior to those who are unabashedly upperclass. In that, he might be right.

It’s because Kepnes’s books are called thrillers, rather than literary fiction (or the other possibility, romance novels) that she is free to take such liberties with both culture and class. In her books, Yelp, Tinder, Twitter, Taylor Swift, basic women, Stephen King, J.D. Salinger, Paula Fox, Pitch Perfect, Dan Brown, casual drug use, Megan Fox, the Baldwin brothers, Kate Hudson, and the Sony hack all coexist as easily together as they do in our world. Her books are as much comedies of manners, more specifically satires of urban hipster culture, as they are crime fiction, as there is much to be learned about the way people live now within their pages.

There is another position to take in relation to Kepnes’s books, especially as a female reader, which is outrage. Stalking and domestic violence are serious problems, not the appropriate material for satire. Women are manipulated, abused, hurt, and killed by the men in their lives much more often than they are by strangers. But the sweet spot for good satire, as well as good crime fiction, is located by palpitating the most serious issues in our culture. In creating Joe, Kepnes has not written a how-to manual for aspiring abusers. Rather, she shows us our essential vulnerability, and how easy it is to fall in love with someone not because of who they are but because they reflect back to us our most cherished ideals and secret points of pride. Part of asking the question about love is also asking the question about whether you are lovable. Joe Goldberg tells you yes; then proceeds to make sure nothing will come between himself and you except that all encompassing love you have always dreamed about. 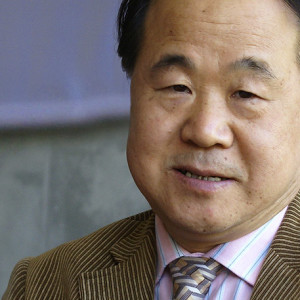 Belinda McKeon on the night that Sylvia Plath met Ted Hughes, (at a literary launch party, 60 years ago this week). | Literary...
© LitHub
Back to top