Ta-Nehisi Coates: Of Plunder and the Killing Fields

House to House, in the Streets of Chicago

One day, I was in Chicago, reporting a story about the history of segregation in the urban North and how it was engineered by government policy. I was trailing some officers of the county sheriff as they made their rounds. That day I saw a black man losing his home. I followed the sheriff ’s officers inside the house, where a group of them were talking to the man’s wife, who was also trying to tend to her two children. She had clearly not been warned that the sheriff would be coming, though something in her husband’s demeanor told me he must have known. His wife’s eyes registered, all at once, shock at the circumstance, anger at the officers, and anger at her husband. The officers stood in the man’s living room, giving him orders as to what would now happen. Outside there were men who’d been hired to remove the family’s possessions. The man was humiliated, and I imagined that he had probably for some time carried, in his head, alone, all that was threatening his family but could not bring himself to admit it to himself or his wife. So he now changed all that energy into anger, directed at the officers. He cursed. He yelled. He pointed wildly. This particular sheriff ’s department was more progressive than most. They were concerned about mass incarceration. They would often bring a social worker to an eviction. But this had nothing to do with the underlying and relentless logic of the world this man inhabited, a logic built on laws built on history built on contempt for this man and his family and their fate.

The man ranted on. When the officers turned away, he ranted more to the group of black men assembled who’d been hired to sit his family out on the street. His manner was like all the powerless black people I’d ever known, exaggerating their bodies to conceal a fundamental plunder that they could not prevent.

I had spent the week exploring this city, walking through its vacant lots, watching the aimless boys, sitting in the pews of the striving churches, reeling before the street murals to the dead. And I would, from time to time, sit in the humble homes of black people in that city who were entering their tenth decade of life. These people were profound. Their homes were filled with the emblems of honorable life—citizenship awards, portraits of husbands and wives passed away, several generations of children in cap and gown. And they had drawn these accolades by cleaning big houses and living in one-room Alabama shacks before moving to the city. And they had done this despite the city, which was supposed to be a respite, revealing itself to simply be a more intricate specimen of plunder. They had worked two and three jobs, put children through high school and college, and become pillars of their community. I admired them, but I knew the whole time that I was merely encountering the survivors, the ones who’d endured the banks and their stone-faced contempt, the realtors and their fake sympathy—“I’m sorry, that house just sold yesterday”—the realtors who steered them back toward ghetto blocks, or blocks earmarked to be ghettos soon, the lenders who found this captive class and tried to strip them of everything they had. In those homes I saw the best of us, but behind each of them I knew that there were so many millions gone.

And I knew that there were children born into these same caged neighborhoods on the Westside, these ghettos, each of which was as planned as any subdivision. They are an elegant act of racism, killing fields authored by federal policies, where we are, all again, plundered of our dignity, of our families, of our wealth, and of our lives. And there is no difference between the killing of Prince Jones and the murders attending these killing fields because both are rooted in the assumed inhumanity of black people. A legacy of plunder, a network of laws and traditions, a heritage, a Dream, murdered Prince Jones as sure as it murders black people in North Lawndale with frightening regularity. “Black-on-black crime” is jargon, violence to language, which vanishes the men who engineered the covenants, who fixed the loans, who planned the projects, who built the streets and sold red ink by the barrel. And this should not surprise us. The plunder of black life was drilled into this country in its infancy and reinforced across its history, so that plunder has become an heirloom, an intelligence, a sentience, a default setting to which, likely to the end of our days, we must invariably return.

The killing fields of Chicago, of Baltimore, of Detroit, were created by the policy of Dreamers, but their weight, their shame, rests solely upon those who are dying in them. There is a great deception in this. To yell “black- on-black crime” is to shoot a man and then shame him for bleeding. And the premise that allows for these killing fields—the reduction of the black body—is no different than the premise that allowed for the murder of Prince Jones. The Dream of acting white, of talking white, of being white, murdered Prince Jones as sure as it murders black people in Chicago with frightening regularity. Do not accept the lie. Do not drink from poison. The same hands that drew red lines around the life of Prince Jones drew red lines around the ghetto.

Ta-Nehisi Coates is the author of The Beautiful Struggle, We Were Eight Years In Power and Between The World And Me, which won the National Book Award in 2015. He is a recipient of a MacArthur Fellowship. 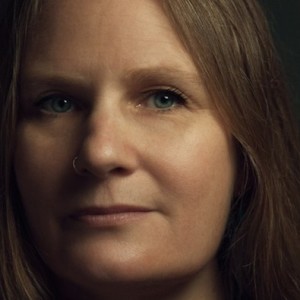 “Every storymaking effort is a construct,” the writer Lidia Yuknavitch says in a recent email interview. “Memoirs are fiction...
© LitHub
Back to top