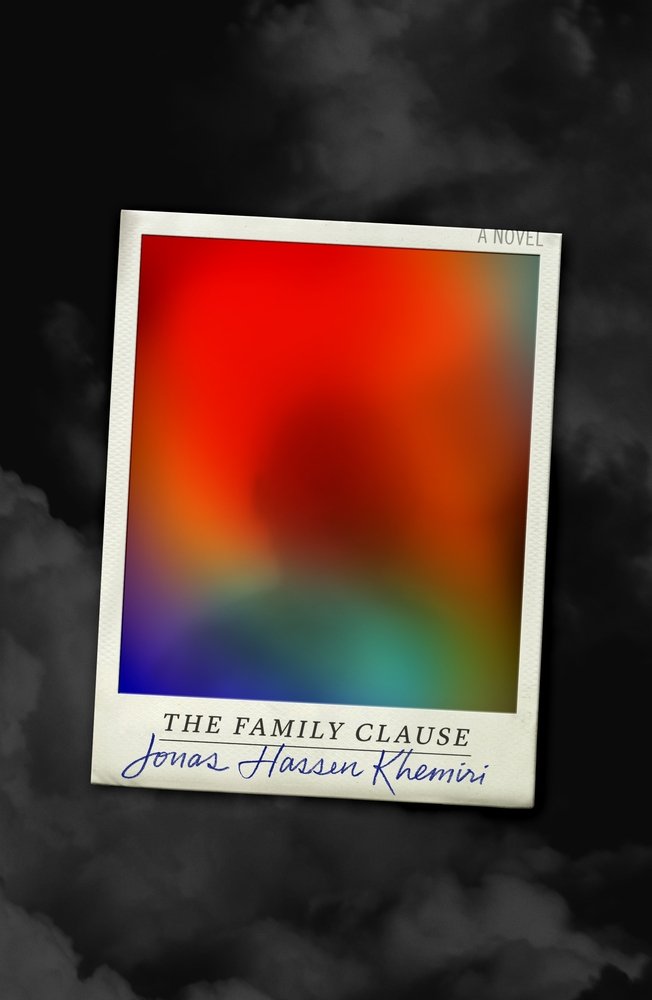 The following is excerpted from Jonas Hassen Khemiri’s latest novel, The Family Clause. An Obie Award winner and a recipient of the Enquist Literary Prize, Khemiri is the author of novels, plays, and a collection of essays and short stories. His novels have been translated into more than thirty languages. He lives in Stockholm, Sweden. Alice Menzies is a freelance translator based in London. She has translated books by Fredrik Backman and Katarina Bivald, among others.

A son who is on paternity leave wakes at ten to four on a bad day and four thirty on a good one. The one-year-old is usually the first to wake up. He can sometimes be kept calm by feeding a picture book or soft toy into his cot, but he generally loses patience after fifteen minutes and wants to get up. He stands and points at the door. He shouts mooo. He squeezes out a morning poo into an overnight nappy threatening to leak at any moment. When the father finally turns on the light, the one-year-old starts laughing and tries to pull himself out of his cot. The four-year-old wakes around five, emerging from her room with squinting eyes and tangled hair. She has her baby bottle with her, the one she still uses, though the father occasionally tries to suggest that she drink from a glass instead, or a plastic mug, or a supercool sports bottle. But the daughter refuses. She wants her baby bottle. Let her have it, says the mother. It’s her last baby thing. And so the father lets her keep the bottle, though he really wants her to stop using it. He tells her that if you’re four and walk around with a baby bottle, it’s very possible that your friends at playschool will see it and tease you. They might shout baby girl, or bottle loser or something like that, and that’s why I think you should stop using it. The daughter just looks at him and shrugs. I don’t care about them, she says, pushing the bottle into the waistband of her pajamas like a pistol. You hear that? the mother says as she emerges from the shower with damp hair and pours herself a coffee. The apple doesn’t fall far from the tree, says the father. In this particular respect, the apple has fallen pretty bloody dar from the daddy tree, his girlfriend says. She laughs and gives him a quick kiss on the cheek. I’ll be home at five, she days, sipping her coffee as she stands by the counter. You’ve never in the history of the world been home by five, he thinks, though he says nothing. Let me know if I need to pick anything up, she says. Don’t worry, he says. I’ll manage.

The four-year-old wants to read a story, but the story needs to be scary enough that the one-year-old will be too scared to listen.

They step out of the lift, pausing to stroke Yeltsin, the building cat, and then roll on up the hill, down the streets, past the small square with the bird-bath fountain, the health centre, the café, the three hairdressers, the foot clinic and the old people’s home. The one-year-old rubs his eyes. The four-year-old runs ahead. Please were double shoe covers, says the sign in the cloakroom. But the father generally just uses one on each show; it feels wasteful to use two, particularly if it isn’t raining outside. He holds the one-year-old in his arms, says hello to the parents he always says hello to but never chats with. The four-year-old runs off to her classroom, arriving just before Leffe appears with the breakfast trolley. Today’s drop-off is a good one. The four-year-old climbs up onto a chair between two friends and waves goodbye. The father asks the playschool staff how they are. He says hello to the cleaner. He stands outside the glass doors and peeps out from around the corner in that funny kind of way that makes the four-year-old laugh. He does it once. Twice. Three times. By the fourth, the daughter is bored. Even though the father pulls a new face every time. The father heads back to the cloakroom. All he wants is for his daughter to look at him and think that he is funny. For her friends to think he’s a good father. And her friends’ parents. And the playschool staff. And the cleaner. He struggles out of the shoe covers and, as he makes his way over to the buggy with a half-sleeping one-year-old in his arms, thinks about how insane it is that he can’t even drop off his daughter at playschool without feeling the urge to perform, how this is yet another sign that he is broken, that he doesn’t work like everyone else, that he must have gone through something that explains why he struggles to do things that ordinary people manage with zero effort.

The one-year-old falls asleep in the buggy. The father walks down to the water and watches the ducks. Retired couples walk arm in arm. Mothers on maternity leave sit on sunny benches and eat apples, one foot on the back wheel of their buggies. Two dogs are playing down on the quay. The grass is white with a thin layer of frost. The gravel on the footpath is solid, the way it always is when the temperature approaches zero. A son who is a father suddenly feels content. Daughter at playschool. Son sleeping. He did it. Yet another completely ordinary morning. The kind that all other parents can manage without any trouble, but which he has to struggle his way through. But today, it worked. And tomorrow it will, too.

Mothers on maternity leave sit on sunny benches and eat apples, one foot on the back wheel of their buggies. Two dogs are playing down on the quay. The grass is white with a thin layer of frost.

He feels ready to call his father. He pulls out his phone. He dials his father’s Swedish number. No answer. He sends a message. He puts his phone away. He calls again. He walks back and forth down by the water, he scans through the list of things he needs to do before the four-year-old ‘s fifth birthday party, he tries to watch the ducks, the pensioners, the mothers on maternity leave, but all he can think about is his father, the father who isn’t answering his phone and who may not even be alive. He tries to calm down. He calms down. He goes to a café and leaves his sleeping son in the buggy outside. He isn’t worries about anything happening. He trusts the universe. Still, just to be on the safe side he locks the buggy to one of the tables. It’s the kind of thing all parents do. It isn’t remotely strange that you might want to be slightly more cautious when you’re responsible for a one-year-old. He comes out with a takeaway cup. The sun is shining. He heads back down to the water. On the other side, he can see the crack in the rock. You can walk straight into it, look up at the sky and see the clouds with a new clarity, framed by the edges of the rock. To the left are Alfred Nobel’s old blasting bunkers. This was where they tested dynamite, at a safe distance from the general public. He reads from the information board that they produced 16,000 kilograms of nitro-glycerine here, but that after several deadly explosions in 1868 and 1874, production was moved to the south side of the bay and protective barriers were built. He knows he will forget that the holes in the barriers resemble a warp-toothed face and that the rust on the board makes the English translation difficult to read. What he will remember are the numbers, the years, the exact amount of nitro-glycerine. He walks on along the gravel. The buggy rolls silently onto the wooden jetty. He comes to a halt at the very end. He breathes. He tries to take in what he is seeing: the water, the sky, the wind, the islands, the horizon, the boats, the waves, the birds. Someone else probably could have described it. He can’t describe it, but he can stand there and feel like a part of it. Then he pulls out his phone and calls his father. Still no answer.

Insider or Outsider? A Brief History of the Classification of Black Music 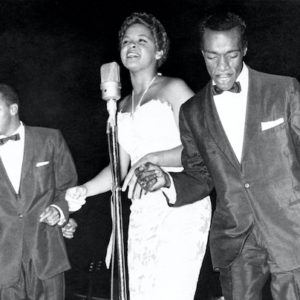 Insider or Outsider? A Brief History of the Classification of Black Music In The Death of Rhythm and Blues, Nelson George writes about the question of assimilation versus self-sufficiency as a primary...
© LitHub
Back to top