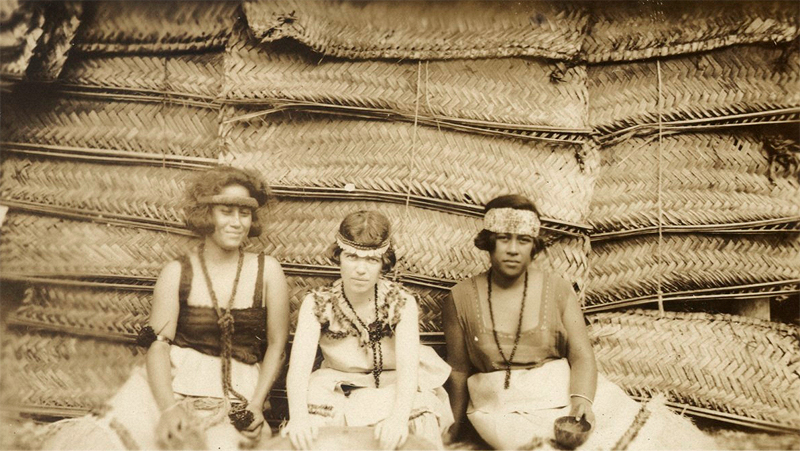 On Future Sex and the History of the Sexual Ethnography

In setting out to write Future Sex, Emily Witt hoped to define what she once considered an “interim state”: the sexual identity of being a single woman unconstrained by long-term reciprocated love and partnership. The language used to describe relationship statuses within this state, such as the too all-encompassing “dating” and outdated “lovers,” she argues, has lost its meaning in the 21st century. This leads her to another query—perhaps this state isn’t so interim after all.

She sets out to probe the question firsthand. Witt has casual sex with a guy named Lunar Fox at Burning Man. She meets a female “Internet-sexual” who prances around nude in front of a webcam but doesn’t engage in physical sex. She practices “orgasmic meditation,” in which she lets a man named Eli rub her clitoris for 15 minutes through lubricated latex gloves. The result: a sexual ethnography of the modern-day American cisgender woman.

Future Sex is a work produced from the study of a human culture; in this particular case, it focuses on how women today are expressing their sexuality. And, while Witt executes her objective in an especially experiential way, it could be considered an ethnological sex study, something that was once just fodder for anthropological journals but has become increasingly visible as society collectively recognizes that sexuality is unendingly complex. Now that sex is widely viewed as not simply about orgasms and reproduction, but instead illustrative of how one relates to gender, fetishes, power, and institutions, the challenge comes in describing all of those relations. Sexuality is always evolving—and often so quickly that one will likely not find words that feel adequate in time. Sex culture research and reporting has, therefore, come to reflect that.

But before sexuality research became more visibly nuanced in mainstream writing, it was highly moralized and defined, and sex ethnologies documented it as such. Among certain communities, the understood binary still stands today: there’s the “right” sex—heterosexual and reproduction-oriented, and then there’s the Other Sex—oral sex, premarital sex, homosexual sex, nonmonogamous sex. Witt’s research methodology, however, delivers something much less instructional and more anthropological in nature.

As with most of anthropology’s early publications and studies, the first definitive sex ethnographies were carried out by Westerners. Up through World War II, anthropological studies focused almost exclusively on “tribal people”; its earliest disciplinarians exoticized non-European cultures to justify the creation of a social science to study them. “Sexuality has been an intellectual concern of the anthropological tradition since the Age of the Enlightenment,” Liam D. Murphy writes in Readings for a History of Anthropological Theory, and much of what originally constituted sexual ethnographies was rife with Western supremacism and condescension. “It was involved in the formation of representations about ‘primitive others’ in the 18th, 19th and early 20th centuries . . . and played a critical role in the formation of the fictions of primitive promiscuity.”

Early anthropologists like Edward Westermarck, Isaac Schapera, and Bronislaw Malinowski investigated sexuality everywhere from Botswana to Papua New Guinea to Morocco, but the documentarian to have gained some of the most mainstream visibility during this time was 23-year-old Margaret Mead. In her 1928 field-study-based book, Coming of Age in Samoa, Mead documents her travels in Samoa, focusing on the existence of different romantic relations, a healthier view of marriage, and promiscuity among young women.

Mead writes that while in Samoa, a “girl’s principal task is to learn to weave . . . all of her interest is expended on clandestine sex adventures.” Often, she’ll take as her first lover a widower or a divorced man, so “amatory experience is [not] jeopardized by double ignorance.” Beyond this first relation, there could be marriage, but there could also be adultery, same-age love affairs, late-night meetings “under the palm trees,” or elopement. The “civilized” world, she suggested, had much to learn from the Samoans, whose lack of inhibitions, healthy promiscuity, and acceptance of sexual “deviations” were better than the restrictive norms of the Western world.

“Romantic love as it occurs in our civilization, inextricably bound up with ideas of monogamy, exclusiveness, jealousy and undeviating fidelity does not occur in Samoa,” she writes. It was an argument that over the years would get unfairly twisted and criticized, due in large part to Mead’s politics.

From the mid-1930s through the mid-1970s, anthropological sex studies began to lose popularity, as “[disciplinarians] sought scientific respectability and therefore eschewed topics which were personal, not ‘serious’ and uneasily transcended the nature-culture boundary,” Murphy writes. In an argument that still persists today, sex writing had become too soft a topic. However, sex research and reporting didn’t altogether lose visibility; it just changed form and shift its focus. Sex writing would no longer be primarily anthropological, but instead more scientific.

It was during this period that Alfred Kinsey published Sexual Behavior in the Human Male (1953) (and later, a female counterpart), a fundamental work in the science-forward variant of sex reporting. With the proposal of his iconic Kinsey scale, which puts human sexuality on a spectrum between completely heterosexual (0) and completely homosexual (6), the book cemented Kinsey as one of the most iconic sex researchers of all time. A decade later, acclaimed sex writers William H. Masters and Virginia E. Johnson went on to document their research and laboratory studies in

Human Sexual Response (1966), Human Sexual Inadequacy (1970), and a handful of other books throughout the mid-90s. In 2008, science writer Mary Roach put a contemporary spin on the genre with Bonk: The Curious Coupling of Science and Sex.

But in the past few decades, sex research has ventured back from academia and into the territory of nonfiction literature that’s not only celebrated for its facts, but also for its literary merit. Future Sex, for example, has seen relatively mainstream success, garnering reviews in publications from W Magazine to the New York Times and Bookforum. While renowned in their respective fields, scientific and anthropological sex narratives have historically attracted niche audiences; Future Sex, on the other hand, has landed on many general interest Best Of lists.

The growing availability of information aside, much of this has to do with what the academic documentations have left absent: a narrator that is not only inquisitive, but relatable. Witt is not an outsider, writing exoticized accounts of American women’s promiscuity or analyzing their hormone receptors, but a subject of study herself. She feels familiar, which is due in part to her earnestness.

But while Witt’s essay collection is unique in its coverage of a modern-day and ever-evolving culture, it isn’t the first book to have tackled sexuality firsthand and made it down the mainstream media’s pipeline. In an interview with the New Yorker, Witt credits much of the model for Future Sex to Gay Talese’s controversial 1981 book Thy Neighbor’s Wife. In this nonfiction work, Talese, aiming for the encyclopedic, documents American morality and sexuality from post-WWII through the 1970s. Just like Witt (though in a more disputably unethical way), he experiments sexually and treats himself as a subject—something he, a married man, doesn’t reveal until rather far into the book.

Future Sex considers something far more shocking than polyamorous marriage or webcam girls although it varies how much cam models make. What feels most revolutionary in Witt’s book is the admission that she, a successful and nominally liberated woman, still craves that heteronormative ideology of love and partnership—and even more so, that desiring this sort of logical “end point” doesn’t necessitate that you’ll get there. “I had known love, but having known love I knew how powerless I was to instigate it or ensure its duration,” Witt writes in the book’s opening. “Still, I nurtured my idea of the future, which I thought of as the default denouement of my sexuality, and a destiny rather than a choice.” Her sex ethnography resonates because she’s looking for answers to describe the interim state in which many of her readers likely find themselves, as well.

Factual explorations of sex in writing are not only interesting illustrations of social norms and institutions of the time, but also essential to our understanding of taboos and differences. According to linguistic anthropologist Paul Manning, this kind of sex writing also helps diminish barriers. “One pedagogical value of using ethnography to approach sexuality is that it can challenge the naturalization of sexual and gender normativities,” he writes on his website.

While sex reporting has progressed quite a bit from early 20th-century anthropologists’ exoticized field studies, what the genre has illustrated from its start is that sexuality is judged based on the Western world’s patriarchal and heteronormative standards. Only recently has that imperative become something deemed worthy of investigation and critique. And in

Future Sex, Witt suggests that society’s perception of “normative” sexuality may not be so dominant at all. At the end of the book, she finds adequate words to describe “the future of sexuality”—and relatedly, the future of its documentation—in an appropriately meta way.

“I came to understand that sexuality had very little to do with the sex that you actually had . . . ” she writes. “A futuristic sex was not going to be a new kind of historically unrecognizable sex, just a different way of talking about it.”

Your Essential Literary Guide to the 2017 Golden Globes 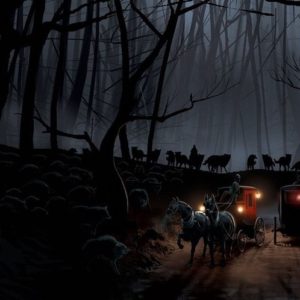 I was a child who ached to see ghosts. I imagined the bedroom furniture had been rearranged by invisible hands, that the woods...
© LitHub
Back to top