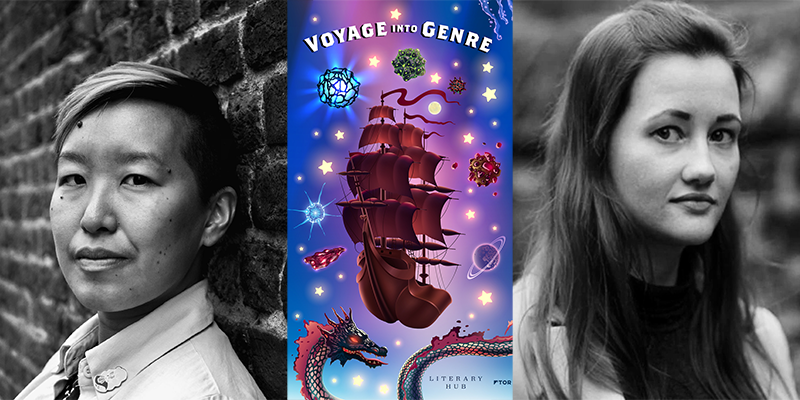 It’s time to go long and think about epics! But actually, we’re thinking about the people who make up those epics. The Epic and the Individual, the best of both worlds: you get the big space battles and also the interpersonal conflicts, the questions of morality and justice alongside mistakes and goofs. How like life!

Neon Yang (The Genesis of Misery) talks wanting to write a historical epic and writing a space epic instead, about finding truth in storytelling, and about how trying to make sense of Q-Anon helped frame some of Misery’s world.

Tamsyn Muir (Nona the Ninth) talks about the delightful(?) surprise that is Nona, taking cues from Greek drama, going against the rules, and writing books like they’re everything-burritos. Also, what is simping? (Seriously, can someone help explain to both of us?)

Justice McCray (City Councilmember, Beacon NY) talks about moving from activism to running for office, and what it means to reimagine things like safety and community.

It’s something that I think about a lot because I come from Singapore, which has very strong traditions, shall we say, of national narrative building in the not very fun way. I come from a country that has basically manufactured its own national myths in a very short period of time, because Singapore as an entity has existed only since the 1960s, which is when we got independence from the British. It’s been a very strange compressed way of nation building, and there’s reasons why we are basically at the bottom of the international press freedom index. We don’t really have press freedom in Singapore because it’s part of how the government controls the narrative.

There are so many various things that it does insidiously to prime people’s—I don’t want to say personalities, but the psyche of the public, to accept what people tell you, and don’t question it too much, and worry more about your own life. It’s a theme that I come back to a lot in my writing, but for this book in particular, what I was drawn to was actually cult beliefs. Cults have always fascinated me, but as I was writing this book, QAnon became a thing, which was equal parts terrifying and fascinating to me because of the beliefs they hold that defy absolute common sense and should be easily debunkable. But those beliefs are beliefs that are held deeply and sincerely by a lot of people. And it was fascinating to me why that happened and the realization that people can be led to believe almost anything if they are psychologically primed to do so. Because when people believe something it’s very difficult for people to let go of a belief that has been formed within them.

There was a lot of writing and analysis done on why QAnon was so prevalent and how did it capture so many people in its net? It’s just a bunch of crazy conspiracy theories, and it’s partly because of the way people who are desperate or people who are at their wits end, lots of things are going wrong in their life and they need to have something solid to cling onto. And the fact that a lot of it is self-generated belief. A bunch of random clues dropped to you, and then you’re supposed to make a narrative out of it yourself. And once you’ve got that narrative, it’s very hard to let go of it, no matter how many people try to tell you that no, the narrative you’ve created is wrong. Psychologically, we tend to reject these voices of reason because we are so attached to beliefs that we have created for ourselves.

Drew Broussard: There are these interstitial moments in Nona where we get a bunch of history. We get the backstory, and obviously whether or not it is entirely trustworthy continues to be a great theme of the books. But I would love to know about putting together the sets that then allowed you to put these characters in and let them do their thing. The magic, the necromancy, the connections to our present—how were you churning all of those together to create this world of these books?

Tamsyn Muir: I think this is the first time I’ve ever heard anybody refer to world-building as building the sets, and I actually really like it because I have such mixed feelings about world-building qua world-building—you know, world-building as she is understood—because I think that world-building has become this huge industry, especially in the SFF genre. If you want to write an SFF book, first things first: write a hundred-page bible of the numismatics of the back culture. Frankly, a lot of stuff that’s never gonna make it on the page.

Whereas if you look at reading as theater, you don’t make sets for stuff you’re not going to see on the stage. You only ever make the sets for the important parts of the storytelling. And I think that world-building is less storytelling, which is why we get ourselves into the weeds of “Yes, but what is the music like of my people?” That’s cool when you’re 12, and I love doing it too, but I also sometimes think it’s a way to not have to write your book, because writing books is very scary, and writing down “These are the festivals my people do” is cool. And it can be useful, but that’s not putting words on the page that the reader’s going to read.

Again, that’s why I find the idea of sets really interesting, because the way I’ve thought about these books is where we’re going to be, what the reader gets to see, what am I going to have to build? If you think about it as a story, as a narrative, which I guess is all history is, then it gets a heck of a lot easier because all you’ve got is what you need. That sounds incoherent, but you talk about these interstitial moments about what happened. And that was one of the first things I knew about the books: what happened, what the story was that showed up before. Obviously that was really helpful, and I knew I needed that to be in there. And it has been in the books in a huge way, and it’s so much fun to say, okay, we’ve seen the set in shadow, now we are here! I finally let you go to this planet.

The more that I think about it, the more that sounds like game-building. I mean, it is world-building, but I think there’s a lot of confusion over what world-building is. You see people be like, “I like the world-building of this book.” And other people say about the same book, “The world-building was crap.” So I think we’re coming towards a question of what do you mean when you say that? Is it about being present in the world? Because that’s all I want people to be. I want people to feel as though the story is real, as though this could have happened, and that they are seeing it as it should be seen.

*
Justice McCray on showing up for community:

Part of what grounds me is that Beacon is small enough that every time I leave my house, I see people that I know, and I’m engaging in conversations with people I know, or people that know me. And we’re just talking about what’s going on.

I wouldn’t have put myself in this position if I didn’t have hope. My community wouldn’t have put me in this position if we didn’t share hope. I fervently believe in a future that we can build. I don’t necessarily have hope in the systems and structures that we are working within, but I do have hope that we can build something better. And that hope is built upon the fact that we are building something better.

I ran on this platform of reimagining community safety and what that means, and talking to people, holding forums, getting an understanding of what safety means to people. Safety is community, safety is knowing your neighbors. The feeling of safety exists when you have that grounding, when you have community to hold you. 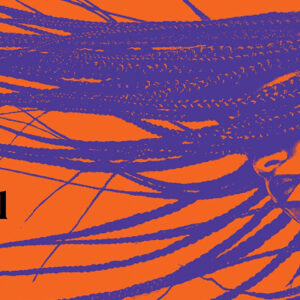