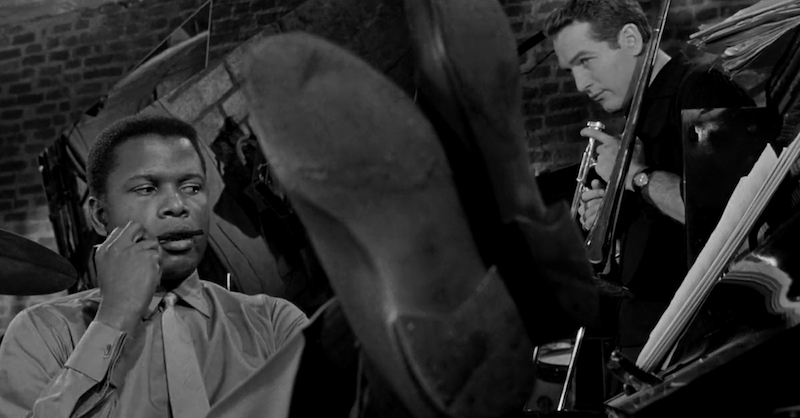 Kevin Whitehead’s Play the Way You Feel: The Essential Guide to Jazz Stories on Film, looks at a slice of film history through the lens of jazz music. He spoke to Literary Hub on occasion of the book’s release.

Kevin Whitehead: The writing: stylistic choices, my love of callbacks. Every book raises a different set of problems. I wanted Play the Way You Feel to be readable two ways—thinking of Cortázar’s Hopscotch with its alternative chapter order, a laughably grand comparison. On one level it’s a directory of movies that tell jazz stories, but it’s also a history of such films as their conventions develop and evolve over 93 years—so you could read it straight through, or skip around, gradually filling in the big picture.

And there were the pleasures and challenges of retelling other people’s stories, while leaving something for movie-watchers to discover for themselves—to enhance viewing, not spoil it. Though sometimes I’ll watch a movie so you don’t have to.

KW: It’s not a major problem—I came up freelancing, where you have to keep moving. If the words don’t come for a couple of days, I accept it’s time to recharge and that’s OK; maybe walk under some trees for a few hours. For a mid-afternoon stall-out, if I read some good book for a half hour, I’m usually ready to go back to work: good writing makes me want to get back in the game.

LH: Which book do you return to again and again?

KW: Every few years I reread William Gaddis’s marvelous brick JR. Some claim it’s unreadable but it teaches you how to read it as you go—you earn how to sift through the unattributed dialogue to figure out who’s speaking. It’s a game. The original structure, his ear for how people drone on and talk past each other, the misanthropic humor you hate yourself for laughing at, the way JR anticipated trends in predatory capitalism: I’m all eyes.

“Even before jazz musicians invaded Hollywood studio orchestras in the 1950s, the sound of jazz was well entrenched in film scores—so much that it’s easy to overlook.”

KW: I’m not much for counterfactuals, and I don’t have one favorite, but a world without Stuart Davis’s bright yellow 1950s paintings, or Duke Ellington’s brass and reed tone colors, would be way more drab. If jazz didn’t exist, my life would be something totally else.

KW: I can’t remember where I picked it up, but I’ve passed it on a lot: When you’re most emotional about a subject, that’s when you most need to keep a cool head.

KW: Either Catch-22, which taught a teenage writer a lot about absurdity, corrosive humor and innovative story structure, or The Most of S.J. Perelman, absurd in a very different way, which greatly enriched my knowledge of Yiddish and mid-20th century slang. Those books made me see how one could be funny on the page.

LH: If you had to identify one of jazz’s lasting, most under-recognized influences on cinema, American or otherwise, what would that be?

KW: Even before jazz musicians invaded Hollywood studio orchestras in the 1950s, the sound of jazz was well entrenched in film scores—so much that it’s easy to overlook. In the 1930s, when Benny Goodman ushered in the swing era, studio pros did a good job of faking the new big-band sound, behind characters visiting nightclubs or listening to the radio. And swing’s lilt and propulsion seeped into the pacing of cinematic action and dialogue: Think of such directors as Preston Sturges or Howard Hawks, and their snappy-comeback dialogue.

LH: Which “jazz movie” would you recommend for people who may not be particularly into jazz or film?

KW: You mean if they just want to kill and hour and a half? Second Chorus with Fred Astaire as a trumpeter trying to get hired by Artie Shaw is probably the funniest jazz movie. Character actor Charles Butterworth steals the show, as an industrialist who wants to hang with the hipsters.

LH: For you, what was a critical turning point in the way jazz narratives have been visually represented?

KW: The independent film movement of the 1960s that John Cassavetes ushered in favored a more improvisational, realistic feel, in black-and-white as color became the new norm. In ’60s jazz films, we finally see African American jazz heroes. In the 1950s, a musician might be played by, say, Mickey Rooney, Tony Curtis or Sal Mineo—in The Strip, Kings Go Forth and The Gene Krupa Story.

In the 60s you get Sidney Poitier as a jazz expat in Paris Blues, Sammy Davis Jr. as a Miles Davis knockoff in the moody A Man Called Adam, and Dick Gregory as a Charlie Parker-like junkie saxophonist in Sweet Love, Bitter. Those last two are good examples of indie films’ scrappier, handheld-camera esthetic. Lower budgets gave directors more freedom. They had less to lose.

LH: Who are directors that we might not typically associate with jazz aesthetics but whose work suggests otherwise?

KW: In the 1950s, as Sgt. Joe Friday on Dragnet, Jack Webb personified the buttoned-down by-the-book square, but Webb loved jazz—he’d been married to singer Julie London—and as a producer, he employed musicians, as on his early ’50s radio show Pete Kelly’s Blues, about a crime-solving cornet player in 1920s Kansas City. Later he adapted that into a movie he directed and starred in—Peggy Lee has a good acting role—and then was a short-lived TV show, all weaving jazz into the story. Later he’d hire jazz musicians Bobby Troup and Jack Sheldon as actors, but Pete Kelly is as close to swinging as workaday Webb ever got. (And when, by the way, are we going to get a biography of this titan of early TV?)

Nowadays comedy directors like Armando Iannucci or Judd Apatow will film actors playing a scene as written, then let them improvise on camera, in hopes of coming up with something better, or at least an insertable quip or two. The jazz parallels are plain: play the melody, then take your solo. But as my film-critic buddy Chuck Stephens is quick to point out, this practice is nothing new—even control-freak Terrence Malick used it on Badlands in the 70s. You could probably trace it back to silent films. Improvisation is in the American grain.

LH: What kind of jazz film are you waiting to see? Who would you want to see make it? In other words, tell us your dream scenario.

KW: I’d love to see a movie about the Harlem rent-party piano gladiators of the 1910s and 20s, like the lethal triumvirate of James P. Johnson, Willie the Lion Smith and Fats Waller. There are oddly few cutting contests in jazz movies—maybe half a dozen. (There is a good piano battle in the 70s TV biopic Scott Joplin with Billy Dee Williams.)

I am fond of biopics, wayward as they often are, and we had a good run on them in recent years—films about Joe Albany, Bessie Smith, Chet Baker, Miles Davis, Nina Simone and Buddy Bolden. Let’s have more. Does Idris Elba still want to play Thelonious Monk? Where’s a biopic of Albert Ayler? Or Ornette Coleman. Or Mary Lou Williams. Or Mildred Bailey. And please let’s have many more jazz films from African American and women directors. 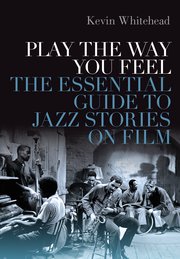 Kevin Whitehead’s Play the Way You Feel is available from Oxford University Press. 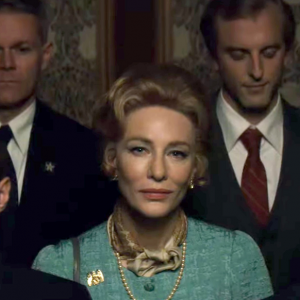 To be a transgender woman in today's America is to constantly be aware of just how included—or not—I am in mainstream...
© LitHub
Back to top
Loading Comments...