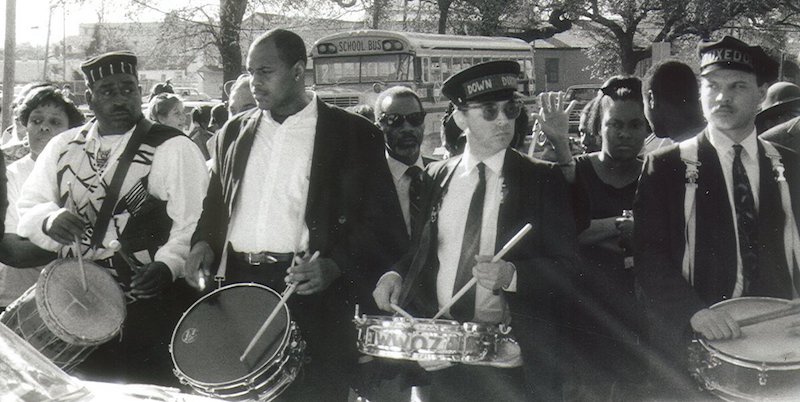 Maurice Ruffin on Watching People Mourn an America
That Never Was

We woke up to a diagnosis. We weren’t entirely surprised by what we learned because we felt sick for a long time. The signs were all there. In New Orleans, gentrification was on the rise, our public schools were a shadow of the real school system, and racial profiling was practiced not only by our police, but also by our bankers, our drug store clerks, and random passersby on the street. And we were not separate. We were a part of the larger body of minorities across America experiencing the same reality. A migraine that wouldn’t resolve. A wrenching of the gut. Shivers that tortured us through the night.

We had already spent much of our lives explaining these experiences to our white counterparts. The best of them listened intently and expressed solidarity while the worst dismissed us without compassion. The ones who listened thought they got what we were saying. They read books. They watched films. They adopted the language of social justice. When they came around, we hugged, tossed nicknames back and forth, and exchanged complex handshakes. But they, unlike us, were shocked at the appearance of the disease, ugly blotches on the national MRI, because they didn’t live in our world. They only visited our world from time to time and despite their best efforts, the effects of white supremacy are non-transferable.

The diagnosis was a cold comfort. There’s a power in naming. Our allies turned to us in disbelief and asked how their own white friends and family—their own parents!—could be so wrong-minded. We replied: You’ve lost the plot. Your people ain’t bigots. They are not xenophobes or misogynists. They certainly are not racist. They are America. You don’t shame a snake for sinking its fangs into your neck and you don’t shame America for enforcing its core values.

We would have laughed in the face of your naïveté if we didn’t like you so much. It was sweet the way your eyes widened as your understanding of what we saw in our everyday lives played across your face. You were dismayed that your own blood didn’t care about the lofty constitutional precepts of justice and the pursuit of happiness for all. Your recognition of our separateness saddened us. It was like watching a child learn the truth about Santa Claus.

They only visited our world from time to time and despite their best efforts, the effects of white supremacy are non-transferable.

But we had plans to make. The reactionary wave had a running start, and we needed to prepare for the coming onslaught. This wasn’t new to us. It was an unwanted, but obvious sequel with a bigger budget and rave early reviews. Emancipation birthed Jim Crow. The Civil Rights Movement spurred the building of monuments to Confederate traitors. Eight years of America’s first half-black president gave succor to the hacking cough that produced Trump.

We couldn’t plan for our safety and resistance without self-care first. We turned to ritual, to dance, to quiet conversations that played softly like a piano in the dark, to the old ways, to prayer, to cussing, to tears, to side eye, to righteous pettiness, to shade throwing, to memes, to each other. Increasingly, we turned to song. This was hardly by chance.

Our ancestors, deprived of their history, agency, and freedom made spirituals, gospels, work songs, and coded escape chants. Later, they produced jazz, blues, R&B, soul, funk, and hip hop. Our grandparents handed us songs we didn’t know the names to. We had Louis Armstrong. We had Allen Toussaint. We had Lil’ Wayne. These songs were the stuff of comfort, blankets for cold nights slept on the ground while hounds tracked our scent. They were an antidote for oppression, something to shake our butts to in the dance hall. And most of all, they were the music of resistance.

In the days after Donald Trump lost the popular vote but became the 45th president of these faltering states, we played music on vinyl, CD, and from the Internet. We returned again to our pantheon of strength: Nina Simone, Public Enemy, James Brown, Prince, Beyoncé, Drake, Future, Chance, Kendrick, and Kanye.

The old bromide was that we blacks produced such interesting music because of The Struggle. Perhaps this was true. We didn’t know for sure. But we knew bees made honey so they could eat during the winter. We had arrived in America’s New Ice Age, the Trump Years, but we weren’t empty-handed. Our songs would be a source of nurture and strength, for us and our allies, in the coming days.

This is Not a Primer on American Fascism 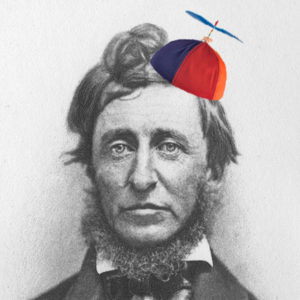 When I was 14 my mother, exasperated by the onset of my teenage angst, handed me a Penguin paperback of Thoreau’s Walden...
© LitHub
Back to top