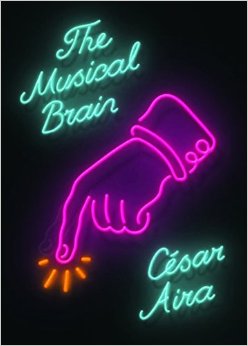 The following is a story from César Aira's The Musical Brain. Aira was born in Coronel Pringles, Argentina, in 1949. He is the author of at least eighty novels, and has been called “the author who can’t be stopped” by the New York Review of Books. The Musical Brain is the first collection of his stories to appear in English.

I was in a bus, sitting by the window, looking out at the street. Suddenly a dog started barking very loudly nearby. I tried to see where it was. So did some other passengers. The bus wasn’t very full: the seats were all occupied, but there were just a few people standing up; they had the best chance of seeing the dog, because they were looking from higher up and could see out both sides. Even for someone sitting, as I was, buses provide an elevated view, as horses did for our ancestors: la perspective cavalière. That’s why I prefer buses to cars, which carry you so low, so close to the ground. The barks were coming from my side, the sidewalk side, which was logical. Even so, I couldn’t see the dog, and since we were going fast I figured it was too late; we would already have left him behind. He had provoked the mild curiosity that always surrounds an incident or an accident, but in this case, except for the volume of the barking, there was little to indicate that anything had happened: the dogs that people walk in the city rarely bark except at other dogs. So the attention of the passengers was already beginning to dissipate… when suddenly it was refocused: the barking started up again, louder than before. Then I saw the dog. He was running along the sidewalk and barking at the bus, following it, racing to keep up. This really was strange. In the old days, in country towns and on the outskirts of cities, dogs would run beside cars, barking at their wheels; it’s something I remember well from my childhood in Pringles. But you don’t see it anymore; it’s as if dogs had evolved and grown used to the presence of cars. And besides, this dog wasn’t barking at the wheels of the bus but at the whole vehicle, raising his head, staring at the windows. All the passengers were looking now. Had the owner got onto the bus, perhaps, forgetting the dog or abandoning him? Or maybe it was someone who’d attacked or robbed the dog’s owner? But no, the bus had been driving along Avenida Directorio without stopping for several blocks, and it was only in the current block that the dog had begun his chase. More elaborate hypotheses—for example, that the bus had run over the dog’s owner, or another dog—could be set aside, because there’d been nothing like that. It was a Sunday afternoon and the streets were relatively empty: an accident could not have gone unnoticed.

The dog was quite big, and dark gray in color, with a pointed muzzle, halfway between a purebred and a street dog, though street dogs are a thing of the past in Buenos Aires, at least in the neighborhoods we were passing through. He wasn’t so big that the mere sight of him was scary, but he was big enough to be threatening if he got angry. And he seemed to be angry or, rather, desperate and distraught (for the moment, anyway). The impulse that was driving him was not (or not for the moment, at least) aggression but an urgent desire to catch up with the bus, or stop it, or… who knows?

From THE MUSICAL BRAIN AND OTHER STORIES. Used with permission of New Directions. Copyright © 2013 by César Aira. Translation copyright © 2014 by Chris Andrews. 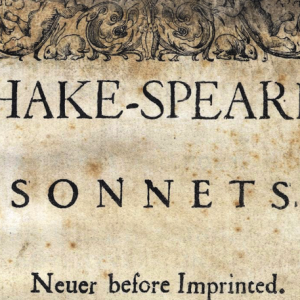 LitHub Daily: May 20, 2015 “The first time I met my new therapist I did not know she believed in fairies.” | Literary Hub Today in awards:...