On Methamphetamine Use in the Third Reich

Dr. Otto Ranke, the leading defense physiologist in the Third Reich, had one main enemy. It wasn’t the Russians in the East or the French or the British in the West. The adversary he was determined to defeat was fatigue—a strange antagonist, hard to grasp, one that regularly knocked out fighters, put them on the ground, and forced them to rest. A sleeping soldier is a useless soldier, incapable of action. Fatigue causes your coordination to deteriorate, you fire randomly, and you lose the capacity to drive motorbikes, cars, or tanks. In Ranke’s words: “Relaxing on the day of fighting can decide the battle. . . Often in combat perseverance in that last quarter of an hour is essential.”

Ranke declared the war on exhaustion to be his main concern. In the spring of 1938, a year and a half before the outbreak of war, he read the Temmler pharmacist Hauschild’s hymn of praise to Pervitin in the Klinische Wochenschrift and his ears pricked up. A claim preyed on his mind: supposedly this substance helped subjects achieve a 20 percent increase in lung capacity and absorb greater amounts of oxygen—standard measurement parameters at the time for increased performance. He decided to explore the subject in depth, testing a rising number of medical officers—90 at first, then 150; he organized voluntary blind tests, giving them Pervitin (P), caffeine (C), Benzedrine (B), or placebos (S, for Scheintablette). Test subjects had to solve math and logic problems through the night until 4 pm the following day. The results seemed unambiguous; at around dawn the “S men” had their heads on their desks, while the “Pervitin gang” were still manically working away, “fresh-faced, physically and mentally alert,” as the experimental record has it. Even after over ten hours of constant concentration they still felt “that they wanted to party.”

But after the test sheets were evaluated, not all of Ranke’s findings were positive. Procedures that demanded greater abstract achievements from the cerebellum were not performed well by consumers of Pervitin. Calculations might have been carried out more quickly, but they contained more mistakes. Neither was there any increase in capacity for concentration and attention during more complex questions, and there was only a very small increase during less high-level tasks. Pervitin kept people from sleeping, but it didn’t make them any cleverer. Ranke concluded without a trace of cynicism that this made it ideal for soldiers, according to results gathered from what was probably the first systematic drug experiment in military history: “An excellent substance for rousing a weary squad. . . We may grasp what far-reaching military significance it would have if we managed to remove natural tiredness using medical methods. . . A militarily valuable substance.”[*]

Inspired by this result, Ranke suggested a larger series of tests be carried out on regular units. To his surprise, the request fell on deaf ears. In the Bendlerblock office complex, the seat of the General Army Office (and today the Federal Ministry of Defense), the possibilities, and dangers, of the drug were ignored. While the ambitious scientist Ranke was already imagining the soldier of the future whose equipment would also include synthetic alkaloids—which attacked the center of the brain in a way that wasn’t yet understood—his superiors, military bureaucrats in the medical inspection unit, hadn’t quite reached this level of sophistication. They were still wondering whether it was better to give the troops brown bread or white bread—while Ranke had long since moved on to brain food. He had predicted what the Berlin doctor and author Gottfried Benn, trained in the days of the Kaiser at the predecessor to the Military Medical Academy, wrote a few years later: “Powerful brains are strengthened not with milk, but with alkaloids. Such a small organ, and so vulnerable, that has managed not only to comprehend pyramids and gamma rays, lions and icebergs, but to produce and to imagine them, cannot be watered with groundwater like a forget-me-not, not while there’s so much that’s already stagnant.”

Benn wrote this in his essay “Provoked Life”: “the provocations” are the changes in the neuronal streams, new thoughts, fresh ideas, sparked by unconventional food for the brain.

Knowledge of Pervitin and its striking effects spread fast through the young medical officers. Under severe pressure in their difficult medical studies, they soon expected genuine miracles from the supposedly performance-enhancing substance and began to take more and more. This made them forerunners of the students of today at universities all over the world, among whom the use of performance pills like Ritalin and amphetamine derivatives is widespread. It was only when Ranke found out about this trend, which he had sparked in part with his tests, and learned that a room had had to be set out at Munich University for “Pervitin corpses” (fellow students who had overdosed and had to rest till they came around), that he became aware of the danger. He was forced to acknowledge that the consumption of high doses was already common in the run-up to exams at his Military Medical Academy. The results from those under the influence left much to be desired, and a concerned colleague wrote: “In the cases in which an admission of drug assistance was made, the result of the examination was extraordinarily poor.”

Ranke hastily canceled another Pervitin experiment planned for 1939, and sent a letter to the other Institute directors at the Academy warning about possible dangers of addiction and urging them to forbid Pervitin completely at the academy. But Ranke couldn’t get rid of the ghosts he had summoned up: methamphetamine spread like wildfire and would pass through every barracks gate over the next weeks and months.

The last few days of peace passed. The medical officers were preparing themselves for their approaching deployment in Poland and bought up everything in the pharmacy, as Pervitin wasn’t officially supplied by the Wehrmacht, or at least not yet. Ranke could only look on. Less than a week before the start of the war he wrote to a military general surgeon at High Command: “Of course it’s a double-edged sword, giving the troops a different medicine which cannot be restricted to emergencies.” The warnings came too late. An uncontrolled large-scale test began: without instructions as to the correct dosage of the upper, and supplied with huge quantities of it, the Wehrmacht fell upon its unsuspecting Eastern neighbor.

[*] It was also cheap: the military average dose, Ranke calculated, came to four tablets per day, which at the pharmacist’s purchase price amounted to 16 pfennigs, while coffee worked out at about 50 pfennigs a night—“So these stimulants are more economical.”

Norman Ohler is an award-winning German novelist, screenwriter, and journalist. He spent five years researching Blitzed in numerous archives in Germany and the United States, and spoke to eye-witnesses, military historians, and doctors. 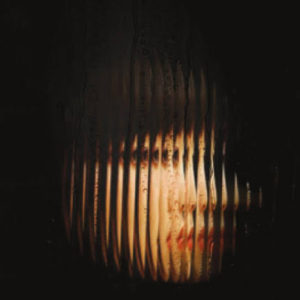 The 2016 Barnes and Noble Discover Awards for the best books published last year go to Abby Geni’s The Lightkeepers (fiction)...
© LitHub
Back to top