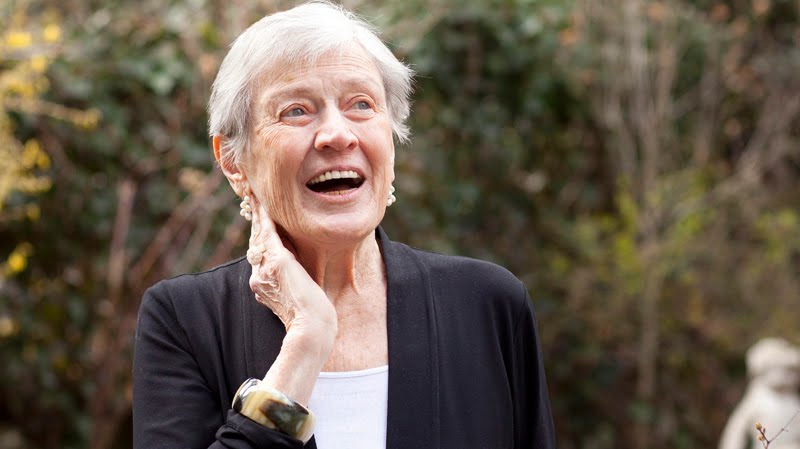 Paula Fox, author of many works of literature for children as well as a handful of brilliant adult novels and two memoirs, died this week in Brooklyn at the age of 93. Famously, though her novels were well-reviewed—particularly her 1970 magnum opus Desperate Characters—her work fell out of print in the early 1990s, and she was largely forgotten until Jonathan Franzen (ah yes, the very same) discovered said magnum opus by chance at Yaddo (he makes sure to tell us) and wrote a widely read essay singing its praises. The writer Tom Bissell, then a young editor at W.W. Norton, read the essay and subsequently organized the reissue of the book (with an introduction by Franzen). It was the second reissue, in fact, but this time it caught on.

If you ask me, Jonathan Franzen’s greatest contribution to literature is his late 90s popularization of Paula Fox. In particular, of course, the excellent, sharp Desperate Characters, in which a disaffected woman in a rather unhappy marriage starts feeding a stray cat, only to have it bite her—and the rest of the book’s events unfold under the hazy fear of rabies. If you haven’t read this novel, you’re missing out. Fox, it may be clear, is something of a writer’s writer—which also usually means that she is a serious reader’s writer—and so, to celebrate her life, and to coerce anyone who hasn’t yet read her to do so, I present here a selection of literary voices on her work. Thanks for everything, Paula.

Jonathan Franzen, in that famous Harper’s essay, “Perchance to Dream“

By daring to equate a crumbling marriage with a crumbling social order, Fox goes to the heart of an ambiguity that even now I experience almost daily: does the distress I feel derive from some internal sickness of the soul, or is it imposed on me by the sickness of society? That someone besides me had suffered from this ambiguity and had seen light on its far side—that a book like Desperate Characters had been published and preserved; that I could find company and consolation and hope in a novel pulled almost at random from a bookshelf—felt akin to an instance of religious grace. I don’t think there’s a more pure gratitude than the one I felt toward a stranger who twenty years earlier had cared enough about herself and about her art to produce such a perfectly realized book.

Looking through reviews of American novels, even a casual reader might be disgusted by how often the concept of “redemption” appears. Contemporary novels have become a repository for salvation; characters—and consequentially readers—are supposed to be saved at the end. Paula Fox avoids pious niceties. She claims a reality most American readers want to avoid—the possibility of failure, when good acts don’t replace bad ones in symmetries more appropriate to bad fiction. In Fox’s fiction, defeat and failure are normal.

Like her novels, her memoir is exceptional, not because she’s had a unique life, though she has probably, or at least a difficult one, but then who hasn’t. It’s how she chooses to represent it; how she manufactures meaning through style, with measure and intelligence. Her memoir is generative and evanescent. It speaks to the way life comes and goes, with its beauties and tragedies, through its balletic recording of transience and impermanence. Fox’s graceful writing and integrity give comfort in these darker days.

Andrea Barrett in her introduction to The Widow’s Children

Imagine the characters of a Greek tragedy—one that strictly obeys the Aristotelian unities of time and place—transposed to a short novel set in New York City in the early 1970s. Imagine they brilliantly illuminate that place and time, even while apparently focused on their persistent grievances, their need for revenge, their contradictory yearnings for chaos and order, and their struggles for identity. Imagine, then, that their creator is gifted with absolute insight into each of them, male and female, old and young; that she has a deadly good ear and a prose style as sharp and precise as the bit of a drill.

Imagine all this, if you can—and still, you won’t have grasped this astringent, moving novel. I don’t pretend to understand it. But I am inspired by its rigorous intelligence, its elegant structure, its economy, and its passion.

Tom Bissell in the Paris Review

It is no exaggeration to say that relaunching Desperate Characters was the single most successful thing I ever had a hand in publishing. So many people—Melanie Rehak, Gerald Howard, Andrea Barrett, David Foster Wallace, Jonathan Lethem, Walter Kirn, Shirley Hazzard, Frederick Busch, Jonathan Franzen—pitched in to help get the word out about this odd, prescient, intense, brilliant, and upsetting novel, so I cannot claim even five percent of the credit. I’m still not entirely sure what happened or why the novel caught on in the way it did.

Actually, that’s not true. The credit goes, of course, to Paula, for being capable of writing a novel that cuts across generations and aesthetic tastes like no other modern novel I know. Postmodernists love it. I love it. Hipsters love it. Academics love it. Realists love it. My mother loves it. Only a year or two after it was republished, Desperate Characters was being regarded as one of the classic Brooklyn novels, one of the classic American short novels.

Darryl Pinckney in The New York Review of Books

Fox’s work is in many ways a portrait of New York, where she was born in 1923 of half-Cuban parentage. Her novels have the native’s savvy for which detail to choose from the metropolis of potential data overload. Even The Western Coast, with its Party members and writers exiled from the East, is Manhattan not Hollywood in tone. Hers is the New York of neither the highest nor the lowest. Husbands and single women report to work and get by in the spirit of treading water. Divorcées look upon alimony checks as booby-trapped tokens of remembrance. Family trees are likely to hold tales of alcoholism, of capital unwisely spent, of inheritances that do not help matters much. No one has roots in the immediate society or is much at home in the present, and yet there is little nostalgia typical of those who have come down in the world.

Fox’s city dwellers worry about money not in the newfangled sense of it as a means of expression or liberation, but in the old-fashioned way, as a measure of security, as so many sandbags against the unknown. Middle-aged couples wake up to find that the neighborhood has gone downhill, that the summer house has been burgled, and that the loud-mouthed hippies, the blacks with blaring radios on the corner, are up to no good. Disaster comes from outside the home, out of the urban night, out of another class, and is presented as a temptation to test their received assumptions of ordinary life. Perhaps this wariness of the accidents lurking in a more open society is what denies Fox’s novels a contemporary atmosphere. Her work belongs to a tradition in which realism is a more than inadvertent method of social inquiry.

Parul Sehgal at the Millions

Desperate Characters, in particular, I couldn’t stop rereading. It’s the type of novel it’s become so fashionable to deride—one of the “quiet” books about middle-aged women staring out of windows, enjoying quiet epiphanies—when it’s really a wallop of a book, a barbed portrait of a marriage, not to mention a brilliant take on gentrification, white fears of black and brown people, the hostile insularity of the nuclear family, and how power reproduces and how power conceals itself. And from time to time, sure, the heroine stares out of a window.

Frederick Busch in his introduction to The Western Coast

First readers of The Western Coast will find a narrative intelligence so strong, an analysis so piercing, that they will be unsurprised to find that a number of intellectuals of the 1970s averted their eyes….But Ms. Fox’s eye is not only cruel: it is accurate, it can be gentle, and it is always just.

Giles Harvey in the New Yorker

I’ve been in a black mood since I finished Paula Fox’s short, savage novel Desperate Characters, about a married couple in Brooklyn in the late sixties. Jonathan Franzen, who did much to revive the book’s reputation after it fell out of print, writes in his introduction that when he first read it, in 1991, “It seemed to me obviously superior to any novel by Fox’s contemporaries John Updike, Philip Roth, and Saul Bellow.” This seems as much a swipe at Franzen’s looming predecessors as a compliment to the underrated Fox, but if it’s overstated, it isn’t by much. The novel is a marvel of economy and implication.

How to Make a Unicorn and Other Lost Facts of Animalkind 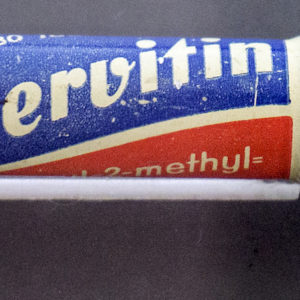 Dr. Otto Ranke, the leading defense physiologist in the Third Reich, had one main enemy. It wasn’t the Russians in the East...
© LitHub
Back to top