On writing the experience of gentrification

If we accept there is some truth to the cliché, “the only constant in life is change,” then it would follow that the only constants in the life of a city are its changing neighborhoods: from the bars people drink in to the skin color of the people walking the streets and the languages they speak. History tells us these details will inevitably change, but that doesn’t make it any easier to experience firsthand.

During a February 2014 event at Pratt Institute, Spike Lee gave an emphatic response in the negative when asked if he thought the gentrification of Brooklyn had an upside to it. “I’m for democracy and letting everybody live but you gotta have some respect,” Lee said. “You can’t just come in when people have a culture that’s been laid down for generations, and you come in and now shit gotta change because you’re here? Get the fuck outta here.” An unsurprising answer from the man who made Do the Right Thing and Crooklyn, both paeans to the black and Latino Brooklyn neighborhood he once lived in. Still, some people took issue. Spike Lee had helped to make Fort Greene hot and then sold his house for a load of cash, they argued; railing against gentrification now was hypocritical. If only preventing displacement of long-term black and Latino residents was as easy as never extolling a neighborhood’s virtues in public, and keeping property values low.

Black neighborhoods have occupied precarious space in the landscape of American communities for as long as they’ve existed. Some were destroyed by direct white violence, like Rosewood, Florida and the Greenwood District of Tulsa, Oklahoma. Others were razed in the name of civic progress, like Washington, DC’s Foggy Bottom. The story of Black neighborhoods in the United States is one that includes housing discrimination, mid-century redlining and imminent domain seizures, present-day predatory lending, and of course, gentrification, a word that conjures instant ire in many black circles, not just from Spike Lee.

I find the rate of change fascinating, the idea that a person can witness the disappearance of her neighborhood within her lifetime. Even today, with many of us spending more time talking to people with our thumbs and our devices, neighborhoods provide settings in fiction with texture and context, helping us better understand characters and relationships. In my own fiction, I wanted to examine what it felt like to be aware of a neighborhood transition as it happens. I wrote a novel set in Detroit during opposite ends of a community’s lifespan: from the initial struggle for homeownership in the 1940s, to the latter days of foreclosure and abandonment in the early 2000s. Of course, what makes Detroit’s story different from Brooklyn or say, San Francisco, is that the disappearance of neighborhoods is starker than one population moving in while another moves out. Houses, businesses and even people have vanished from parts of the city and nothing has replaced them. I hoped to capture what it felt like to be aware of the dynamic as a resident of such a community. I looked to novels set 60 years prior, during another period on the precipice of large-scale neighborhood shifts.

“You can’t just come in when people have a culture that’s been laid down for generations, and you come in and now shit gotta change because you’re here? Get the fuck outta here.”

Chester Himes’s If He Hollers Let Him Go, set in 1942, is a novel about black frustration and white fear, racial and sexual violence, and a man’s struggle to feel valued. It’s also one of the best novels about long-gone neighborhoods in early black Los Angeles that I’ve read. Paule Marshall’s novel, Brown Girl, Brownstones is set in 1939 Bedford-Stuyvesant among immigrants from Barbados. The novel is part young woman’s bildungsroman, part multigenerational immigrant narrative, and a record of the relatively short lifespan of the Bajan community in that part of Brooklyn. Both novels examine the cost of membership into their respective black enclaves, and how one reckons with imminent neighborhood change.

In If He Hollers Let Him Go, the main character Bob is new to the city from Ohio. He’s one of many Great Migration transplants who head to Los Angeles from points south and east in search of wartime jobs and a reprieve from Jim Crow, only to find that the West has its own system of segregation. At the novel’s outset, Bob describes watching as his Japanese neighbors in Little Tokyo report for internment. Black migrants, desperate for housing and blocked from moving into other parts of the city, move into the apartments the Japanese leave behind, but for Bob, this and any other black community in the city feels tenuous. “It was thinking about if they ever did that to me, Robert Jones, Mrs. Jones’s dark son, that started me to getting scared.”

On the other side of the country, in Paule Marshall’s Bed-Stuy, the last of the European immigrants are “discreetly dying” behind the shades of their brownstones, or selling them and moving away. In their wake arrive immigrants from Barbados, “like a sea nudging a white beach and staining the sand.”

Each member of Marshall’s fictional Boyce family deals differently with the sensation of living in a changing landscape. The novel’s central character, a young girl named Selina Boyce, is attuned from an early age to the unsteadiness of the ground beneath her. She regularly visits with Mary, the last elderly white servant of the former owners, who still lives upstairs. She imagines the genteel ghosts of prior white residents, and is sometimes in awe of them, sometimes annoyed. Her father Deighton doesn’t see the value in investing in a place so far from Barbados. He instead takes to womanizing, and dreaming of a plot of land back home. Selina’s mother Silla holds fast to the tenets of respectability and exclusivity put forth by the Association of Barbadian Homeowners and Businessmen, working first as a maid and then at a grueling wartime job because “‘few raw-mout’ pennies’ at the end of the day would eventually ‘buy house.’”

Selina is the most similar to Himes’s character Bob in that she is attuned to the ways her neighborhood is subject to change. Bajans, for all of their attempts at permanence, may simply be the latest in a long line of immigrant communities in the neighborhood. Writing of Chauncey Street and Fulton Park, Marshall describes how the Bajan community shifts over time, starting with their arrival:

“The brownstones leaned against the soft sky, the ones owned or leased by the West Indians looking almost new with their neat yards, new shades and fresh painted black iron fences, while the others where the whites still lived looked more faded in the hard sunlight.”

The sense of belonging in Bed-Stuy (and by extension the country) is tied to home ownership for most characters in the book, and much time is spent on how the brownstones are the ultimate symbol of permanence. Owning the brownstones is not enough, ultimately; the specter of racism informs the way the Bajans move through the space, even when it is rightfully theirs. In an effort to protect themselves from the social ills and discriminatory policing that the larger black community deals with, the Association of Barbadian Homeowners and Businessmen bars native-born blacks from joining. Selina never feels a true sense of belonging at the association meetings; their goals are not her goals. She pretends to be interested in the youth branch of the club in hopes of winning a scholarship, but refuses to accept it in the end. She makes plans to sail to the islands in hopes of feeling at home in her parents’ birthplace.

By the time Selina’s mother achieves her dream of homeownership, the native-born blacks are at her doorstep, and the more prosperous Bajan families have moved on to Crown Heights. Fulton Park, now “a ruined park which belonged to whinos who sat red-eyed and bickering all day,” seems to sit in mocking judgment, and blocks of brownstones have been demolished to make way for projects. Just as Selina intuited as a young girl, the next wave of immigrants has arrived:

“Now the roomers lives spilled out the open window, and the staccato beat of Spanish voices, the warm canorous Negro sounds to glut the air.”

Both Marshall’s and Himes’s novels are extraordinary in the way they weave collective history into the lives of individual characters without making those characters feel like ciphers. In If He Hollers Let Him Go, Bob is angry and sees racial insult everywhere, but he is also vulnerable. “I felt fragile as overheated glass; one rough touch and I’d burst into a thousand pieces,” Himes writes. Bob’s everyday (the novel only covers four days) is fraught with danger, and calculations on how to best survive while black in Los Angeles. In a scene where the police pull him over in Santa Monica, he seems like an early precursor to NWA-era Ice Cube: smart, angry, and demanding respect from the unlikeliest of sources.

It’s doubtful Himes could have known that the businesses lining Central Avenue—the main corridor Bob careens up and down throughout the novel’s tumultuous plot—would vanish altogether over the next few decades, in part due to the extension of the Harbor Freeway. Himes himself found segregated Los Angeles too stifling, and moved to New York in 1944. His experiences might be why his character Bob stops short of inhabiting the spaces in the novel as if they are truly his, and sticks to determining which elements of the city are worth his fear or concern, and which are so peculiar they warrant a moment of observation. Bob does an excellent job of giving a lay of the land, but he never quite figures out how to get over in LA.

For my own novel, I read oral histories of Detroit’s African-American residents over a 50-year span. After reminiscing about their marriages and children, the causes they believed in, and the big news of that time, they tried to describe the indescribable to their interviewers: the essence of their neighborhoods, and what it meant to watch them fade away.

Angela Flournoy’s The Turner House is out now from Houghton Mifflin Harcourt. Feature image of the Tulsa Riots, 1921.

Angela Flournoy is the author of The Turner House, a summer 2015 Barnes & Noble Discover Great New Writers selection. Her writing has appeared in The Paris Review, The New Republic, and The Los Angeles Review of Books. Her last essay for LitHub was on the literature of black neighborhood change. [www.lithub.com/the-disappearance-of-black-neighborhoods/]

We Have This Device. It’s Called a Book. 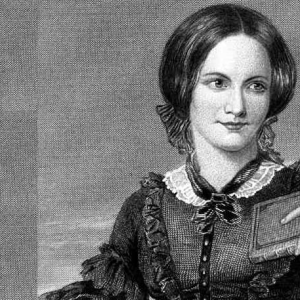 Angela Flournoy writes about writing about gentrification and the disappearance of black neighborhoods. | Literary...
© LitHub
Back to top